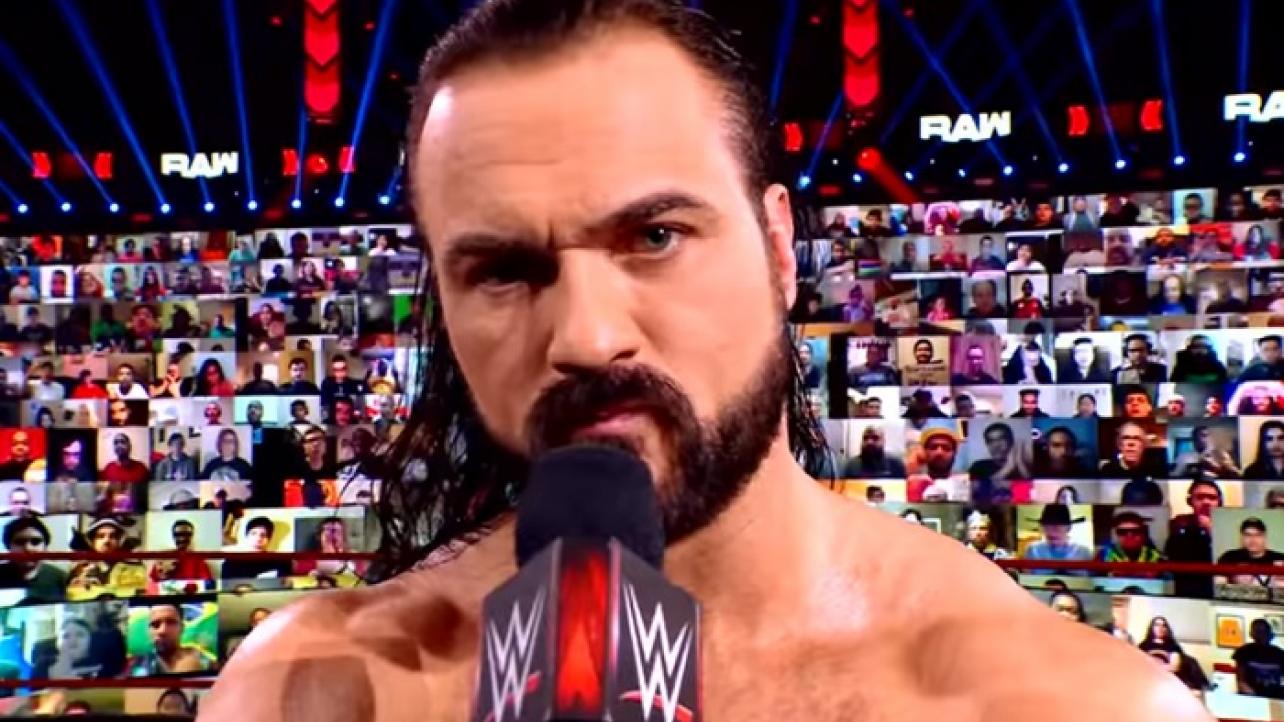 Drew McIntyre Comments On The Rock vs. Hulk Hogan At WM18, HBK/Undertaker, No Fans At WM36

Drew McIntyre continues to make the media rounds to promote WWE Fastlane 2021, which goes down this Sunday night from the ThunderDome inside Tropicana Field in St. Petersburg, Florida.

As noted, “The Scottish Warrior” spoke with the folks at Bleacher Report for an in-depth interview. In addition to the highlights we posted earlier this week, McIntyre also spoke to B/R about The Rock vs. Hulk Hogan match at WrestleMania 18, as well as his thoughts on Undertaker vs. Shawn Michaels at WrestleMania 25 being the “perfect match.”

On the WrestleMania 25 showdown between Undertaker and Shawn Michaels a perfect match: “Because I love the match so much, it’s hard not to say Shawn [Michaels] and Taker, their first match at WrestleMania 25. It was the perfect match to me. Where they were at in their careers, there’s so much equity that they could have just went out there and had that match without any build. But I do remember the match being so cool, and the match itself was so freakin’ unbelievable. The fans were so hooked the whole time.”

On the Hulk Hogan vs. The Rock match at WrestleMania 18: “The way they built that, you’d expect the crowd to react more favorably to The Rock. But they didn’t. They saw Hulk Hogan at WrestleMania, nostalgia kicked in and they went crazy for Hogan but at the same time were still reacting for The Rock. They were just loud, to a level I’ve never really seen before. It was just absolutely unreal. That match was so cool how they switched roles out there.”

On not getting his big WrestleMania moment last year because of COVID: “I’d be lying if I said part of me wasn’t a little disappointed I didn’t have 70,000 people and my family and wife in the crowd going crazy, being able to jump into the crowd and all that stuff. I sat down and talked about it with the wife, and saw how serious the COVID situation was and I realised how big [WrestleMania 36] was for the world, for an escape for everybody, and the fact my story was a feel good story. I was like, ‘You know what, this is bigger than my selfish moment.’ And I did have my moment, that’s the thing as well. I won the title, and even though it was silent, I had a really private moment the crowd got to watch at home with the title. Instead of the adrenaline being off the charts, raising my hand and jumping in the crowd, I had a really private moment looking at the title and a montage went through my head of everything I’ve been through to get to that moment. When I realised what was happening, I was like, ‘oop, there’s Brock Lesnar lying there. Oop, we’re live at WrestleMania, I need to do something.”

Drew McIntyre Comments On The Rock vs. Hulk Hogan At WM18, HBK/Undertaker, No Fans At WM36