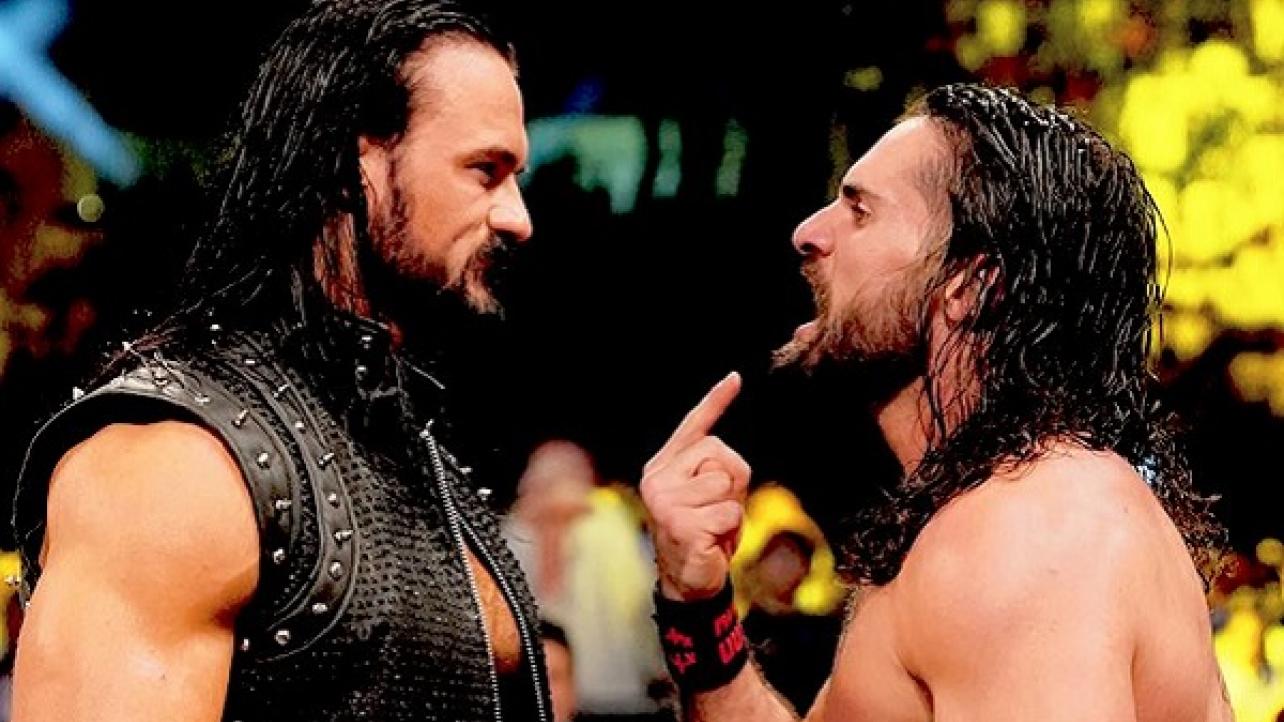 Ahead of their advertised showdown on Monday night’s WWE RAW, Drew McIntyre has a message for Seth Rollins.

McIntyre took to Twitter this weekend to issue a warning to The Shield — with “The Architect” being his primary target.

“This Monday night on RAW, I will finally destroy The Shield,” wrote McIntyre on Saturday. “P.S I wouldn’t get your hopes up for Seth making it to WrestleMania.”

As noted, WWE announced McIntyre vs. Rollins for Monday’s show, along with Ronda Rousey vs. Dana Brooke for the RAW Women’s Championship, Finn Balor and a mystery partner against Lio Rush and Bobby Lashley, the announcement of Kurt Angle’s opponent for his “Farewell Match” at WrestleMania 35 and an appearance by WWE Universal Champion Brock Lesnar.

Check out Drew McIntyre’s tweet directed at The Shield and Seth Rollins below.

This Monday night on Raw, I will finally destroy The Shield.

P.S I wouldn’t get your hopes up for Seth making it to WrestleMania #RAW pic.twitter.com/gmpogB6e5U

Vince McMahon No Longer Involved in Any Aspect of WWE's Business