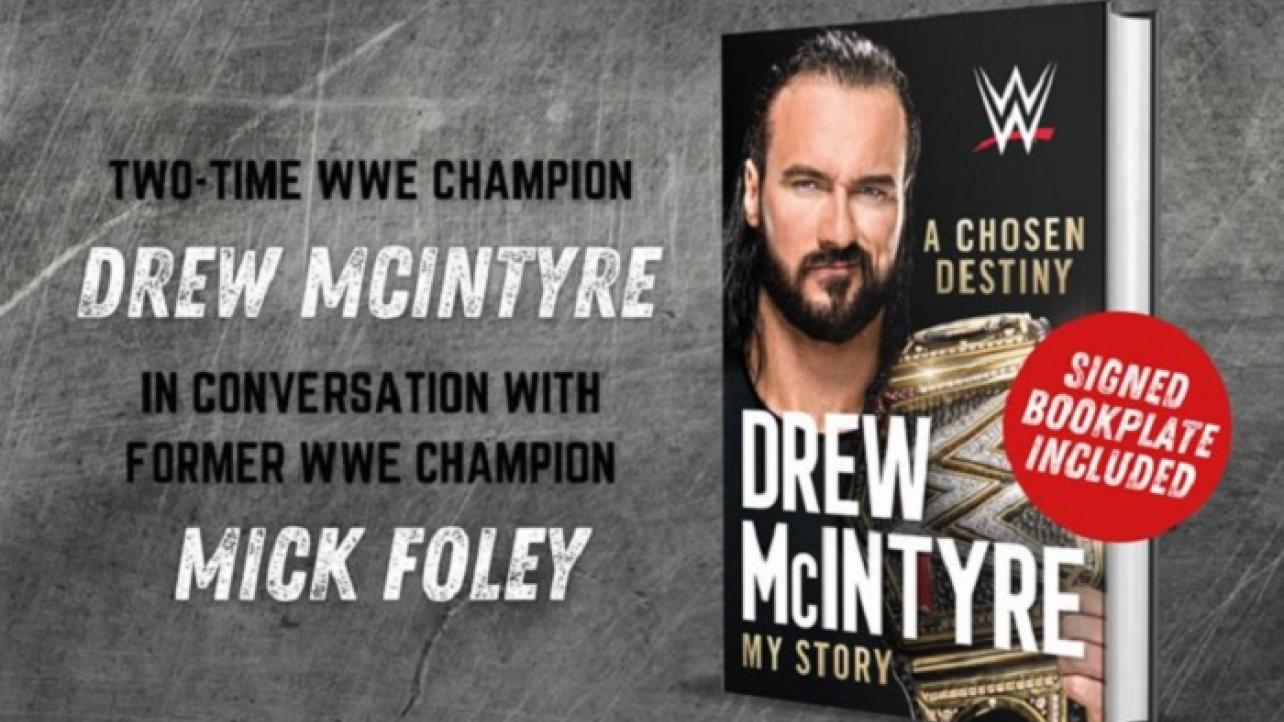 Drew McIntyre will be hosting an upcoming “Virtual Event” that will also feature WWE Hall of Fame legend Mick Foley.

“The Scottish Warrior” will be joined by “The Hardcore Legend” on Tuesday, May 4, 2021 at 6pm Eastern Time / 3pm Pacific Time to host a “Virtual Conversation and Q&A” from Bookends Bookstore to promote his new WWE autobiography, “A Chosen Destiny: My Story.”

WWE.com released the following announcement to promote the upcoming virtual event featuring McIntyre and Foley on 5/4:

Join Drew McIntyre and Mick Foley for a live Virtual Conversation and Q&A celebrating McIntyre’s new autobiography, “A Chosen Destiny: My Story,” on Tuesday, May 4 at 6 p.m. ET.

For tickets and information, visit http://www.book-ends.com. All attendees will receive a signed (bookplates) copy of the book, plus entry into the virtual event.

Questions for Drew can be emailed in advance to: Bkends2@aol.com.

Additionally, McIntyre himself took to social media on Monday to promote the upcoming virtual Q&A with himself and the fellow WWE performer.

“Join me and Mick Foley on May 4th,” wrote McIntyre via his official Twitter feed to promote the ticket on-sale for the event. “Get your tickets today at Bookends-Online2.square.site.”