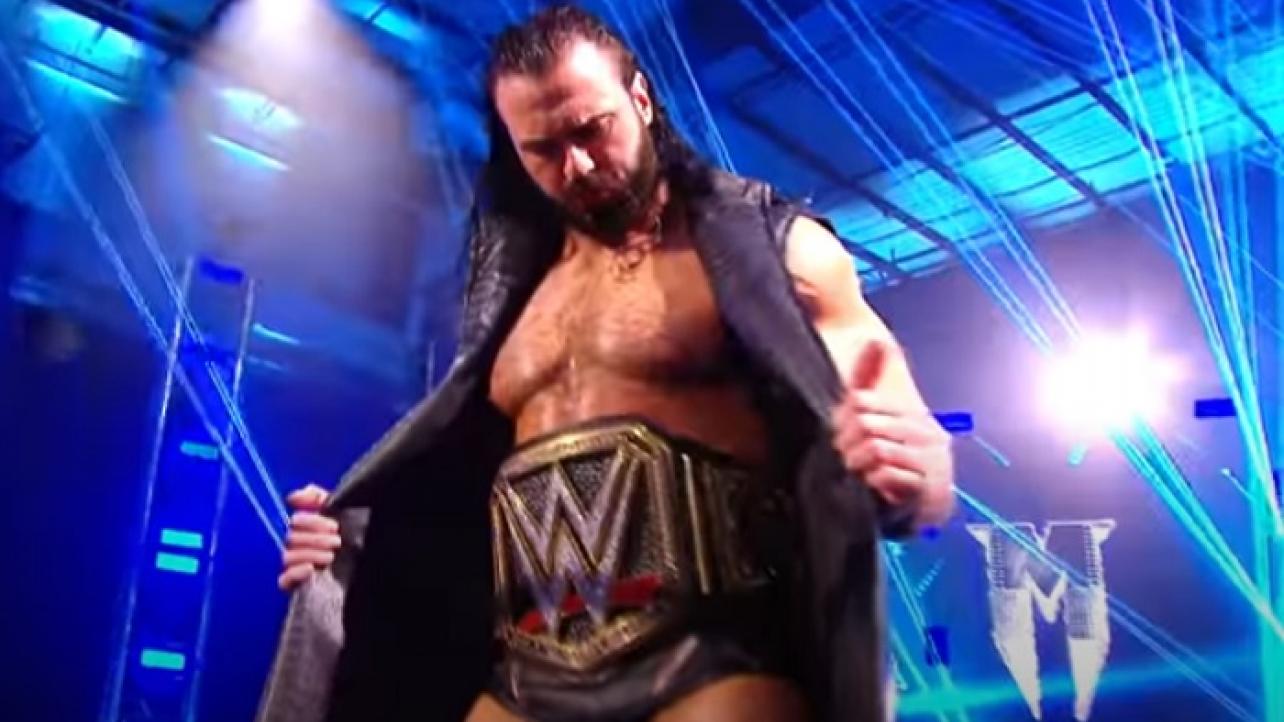 The WWE Champion will be in action, in a non-title singles bout, on this coming Monday night’s edition of WWE Monday Night RAW.

On this week’s edition of WWE Friday Night SmackDown, it was announced that “The Scottish Psychopath” will step inside the squared circle in a one-on-one showdown against Murphy, with his WWE Championship not on-the-line.

The McIntyre-Murphy non-title match joins the previously announced “Last Chance Gauntlet Match” to determine the replacement for Apollo Crews in the upcoming WWE Money In The Bank ladder match.

Make sure to join us here at eWrestling.com THIS coming week for LIVE WWE Monday Night RAW Results coverage!