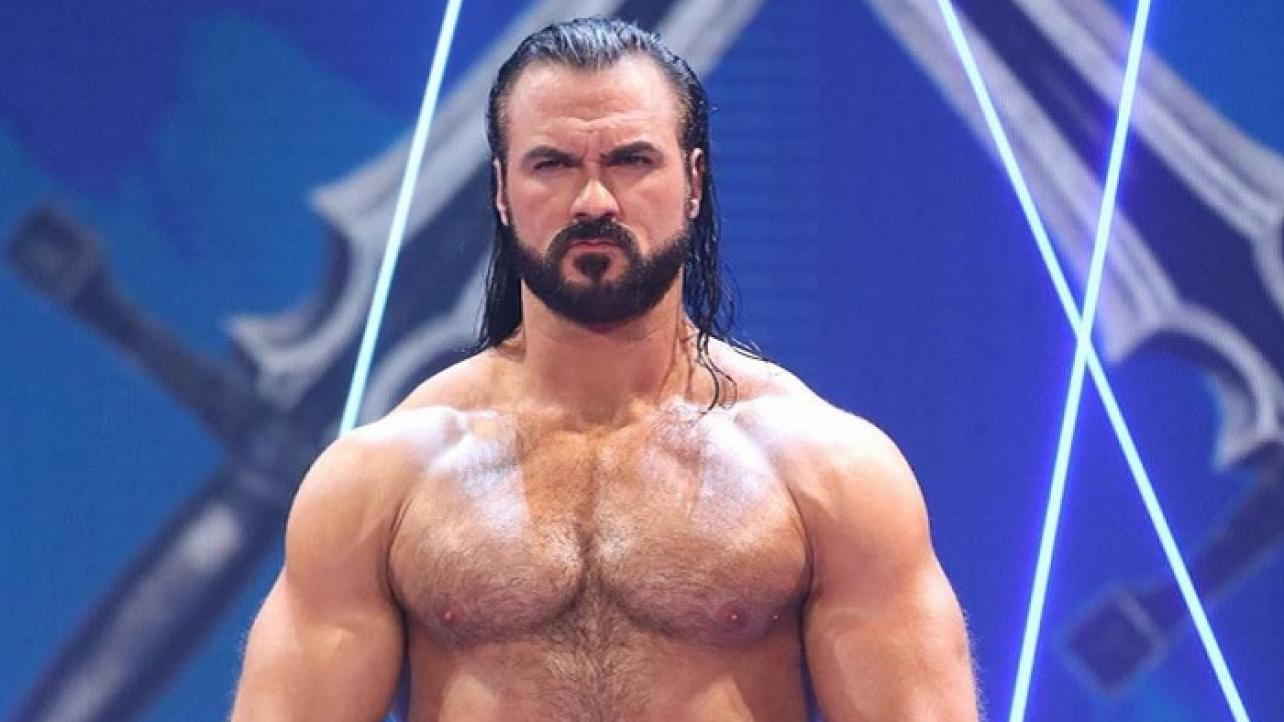 During the discussion, “The Scottish Warrior” spoke about being excited for the inaugural WWE Day 1 special event on New Year’s Day, how he plans to win back the WWE Universe, as well as how he’s not in a rush to face Brock Lesnar or Roman Reigns just yet.

On being super-excited for the WWE Day 1 pay-per-view: “I think it’s awesome. We have an event on New Year’s Day. Everybody’s looking for some entertainment on New Year’s Day. Probably nursing a pretty bad hangover — if you’re over 21 in America, over 18 in the rest of the world — and it’s cool that we’re providing that entertainment with the Day 1 event. For me personally, I’m very glad I gave up drinking a few years ago, so I will not be hungover on Day 1. I strongly suggest Madcap also stays away from any alcoholic beverages on the 31st because it is his first big pay-per-view match. He’s going against former two-time WWE champion Drew McIntyre. My big size 14 is looking to connect with his face, so he better be on his game.”

On how he’s not rushing to face Brock Lesnar or Roman Reigns just yet: “I’m not rushing to get to that match. I’ve learned patience over my 21-year wrestling career, especially in WWE. We’re 52 weeks a year. No re-runs, no off-season. I’m enjoying what I’ve been doing on SmackDown, almost reintroducing everybody to Drew McIntyre and I can hear that things are working. Every crowd I walk out in front of, be it television or non-televised event, I feel that we’re on the right path.”

On his plan to win back the WWE Universe: “I remember that particular time. It was amazing that the fans stayed so positive for such a long time and the only way we could gauge it was social media. Generally, they are the harshest critics. So they were positive for such a long time until I think I had wrestled with Lashley a couple of times. Even though it had technically only been maybe two matches, it felt like it’d be going on for a long time. Perhaps we didn’t do as many interesting things as we could and should have done to keep fans invested. I think they were just over that particular storyline. By the time fans were coming back, there was still a bit of a feeling like we’d had a lot of Drew in our face, which we had. Realistically, we had Drew McIntyre at the top of the card for a year and a half, which in today’s day and age might as well be 20 years with the short attention spans that people have. I was aware of that fully when the crowds were coming back, especially at the Money in the Bank pay-per-view… So as soon as I got the opportunity to cover for all earlier in the night, I had the money in the bag. If you go back and watch it, you hear the initial reaction. When I appeared, I was just glad to hear the noise. Like there was a lot of cheers, but also some booze mixed in there as well, which. Like had before. If you watch the duration of the promo, I was back to being just regular Drew. I wasn’t trying any outside-the-box things like ‘Story Time with Drew’.I instantly dropped that crap the second fans came back because I knew it wasn’t gonna work with a live audience. You could hear them cheering by the end of the interview. From that moment forward, I kept with what I know works, what brought me to the dance as a main event player, which is just me with the volume turned up. I had fun on the rest of my time on Raw with a live audience being there. Outside of the title scene, fans really started paying attention again and the move to Smackdown was like a whole fresh coat of paint all over again. That was the kind of rebirth again of Drew McIntyre.”