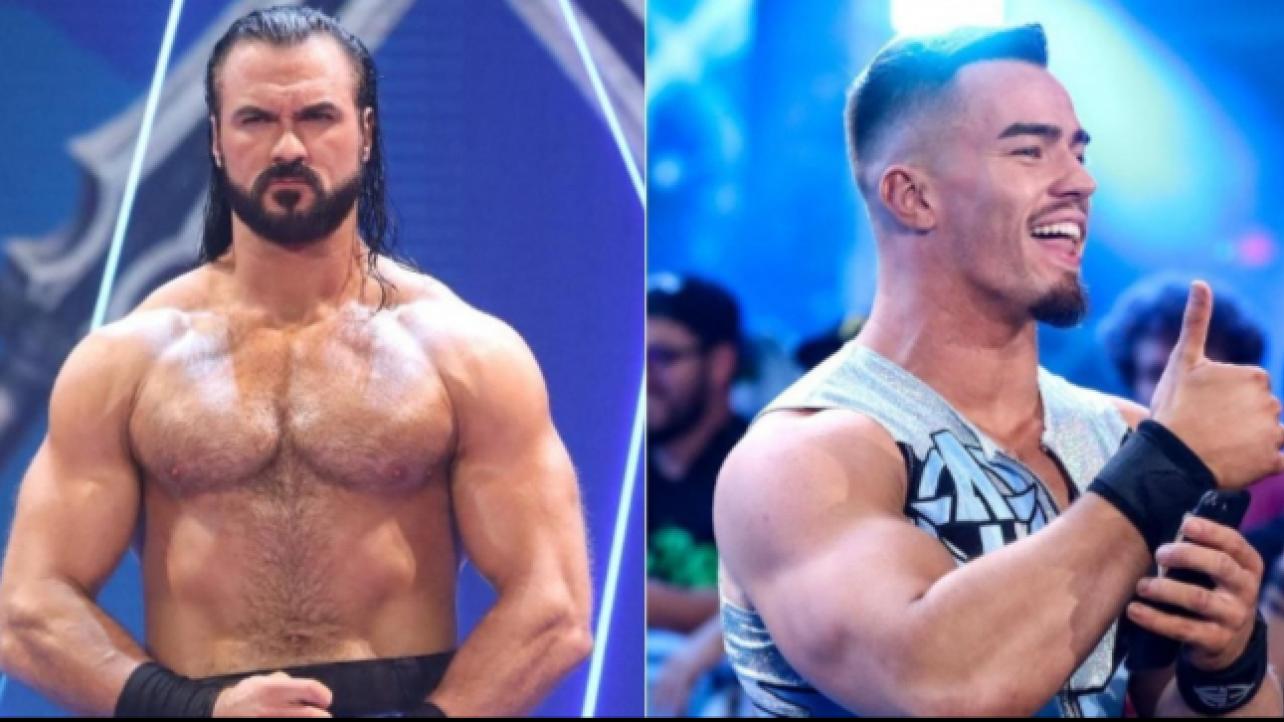 Top WWE Friday Night SmackDown Superstar Drew McIntyre recently spoke with Sportskeeda on the current push of WWE United States Champion Theory and how he thinks it’s a lot better compared to the “Chosen One” gimmick he had during his initial run in the WWE because of the presence of WWE Chairman and CEO Vince McMahon and how he is a huge part of the storyline, which in his case the WWE Chairman was only with him two or three times on WWE TV.

“Yeah, I think this has been approached a lot better than mine. I was Vince’s Chosen One but only interacted with him maybe two or three times on television. Mr. McMahon has a very strong presence in this particular story with Theory. He’s not only thereby name, when Theory talks about him, he’s also physically there a lot of the time as part of the story and give Theory that rub. Again, he’s a young guy, but he looks phenomenal and he’s got a great attitude, he works incredibly hard and if he keeps on the path he’s on right now, which being around him the way I have, I’ve got a good feeling about him, he’s gonna do good for us in the future.”

Drew McIntyre is set to team with WWE RAW Tag Team Champions RK-Bro (Randy Orton and Riddle) to go up against The Bloodline (Undisputed WWE Universal Champion “The Head Of The Table” Roman Reigns and WWE SmackDown Tag Team Champions The Usos) in a massive 6-Man Tag Team Match.

You can check out Drew McIntyre’s full comments in the video below. H/T to WrestlingNews.co for transcribing the above quotes.