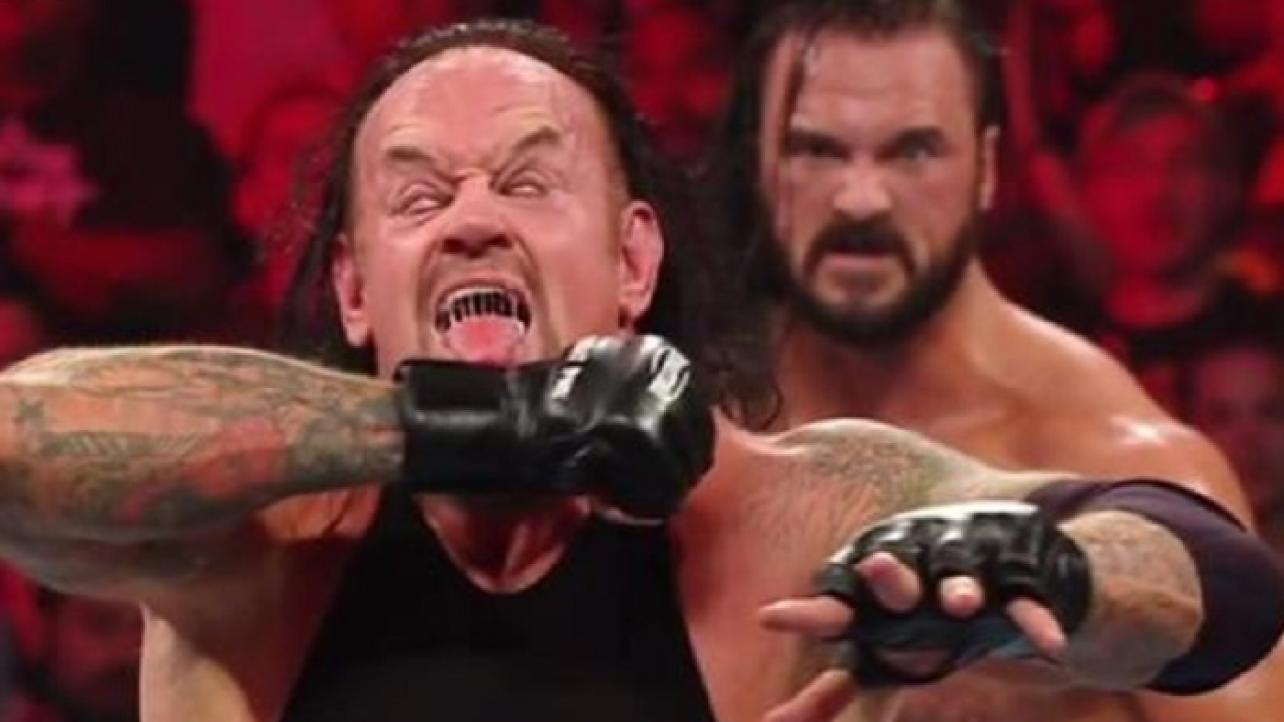 WWE champion Drew McIntyre recently spoke with Sportskeeda to hype this Sunday’s Survivor Series pay per view, and discuss how he hopes to have one more showdown with the legendary Undertaker. Hear what the Scottish Psychopath had to say below.

How he had something to prove to Undertaker during their Extreme Rules tag team match in 2019:

“I wanted to show him how far I’d come since that kid that used to harass him for advice all the time, that wasn’t quite figuring it out,” McIntyre said. “We went face to face in that first match, when I was a kid, and it looked like a boy standing in front of a man. Like it looked ridiculous, it didn’t look believable. But when I went face to face with him in that tag match, where that was a full grown man that finally showed back up to go face to face with The Undertaker, the crowd recognized it and they started rumbling. And I thought, man, we’ve got to have this match.”

Says he still wants one more singles bout with the Undertaker:

“Selfishly, as much as he deserves this farewell, I’m hoping… that there is still something in there, at least for one more match. Be it cinematic or whatever, or he just feels it and he feels physically good and says ‘I want to fight Drew’, and he calls me… or like he said in The Last Ride Documentary, if Vince calls, you know he’ll be a good soldier and come running. I’ll harass Vince every day, like call him, call him, call him, call him. Selfishly I want that match, but he deserves to do whatever he wants after his career.”