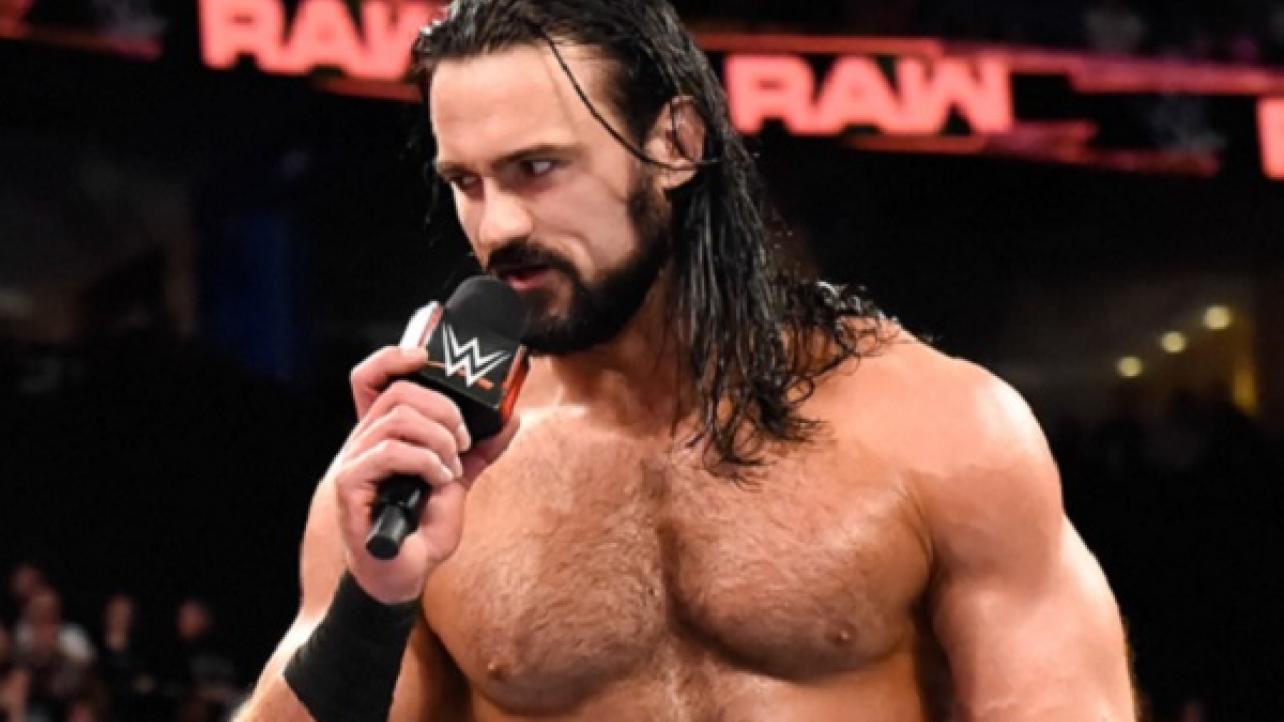 While on the current 2019 WWE European Tour, RAW Superstar Drew McIntyre spoke with The U.K. Express for an interview, during which he spoke about his rivalry with Roman Reigns. Featured below are some of the highlights.

On Roman Reigns still being in his sights despite them being on different brands now and the reason why he went after him in the first place: “Roman’s always in my sights. Generally the guys I target are not necessarily the ones I’m trying to get rid of, I could just crush them like bugs. I’m going after the ones who are the top dogs because I want them to be the leader.

“The Shield guys were the main guys and especially Roman Reigns he’s the leader, he’s the top dog, he’s as good as everyone says he is, he should be in that position and that’s why I want that position. I want to challenge myself by fighting the absolute best.”

On his WrestleMania 35 loss to Reigns and his thoughts on their performance in the match: “Mania didn’t go my way but our match last week which was a little bit more [at] the next level showed what we’re capable of doing together and just laid into each other real good. It’s amazing, everything he’s come through to be able to compete at that level so quickly because we’re really bringing it to each other and he’s a different level athlete but I’m not finished with him.”

On his thoughts, or technically ‘Drew McIntyre’s thoughts” on Roman Reigns being the locker room leader and thus responsible for the “social media age of complaining”: “I, or perhaps Drew McIntyre certainly blames Roman Reigns for the way things are because he’s technically the locker room leader and it all happened in his watch where everything kind of fell apart where suddenly we’re on a social media age of complaining. Drew McIntyre blames Roman Reigns for that and he’s going to make him pay for it.”

Check out the complete Drew McIntyre interview at Express.co.uk.