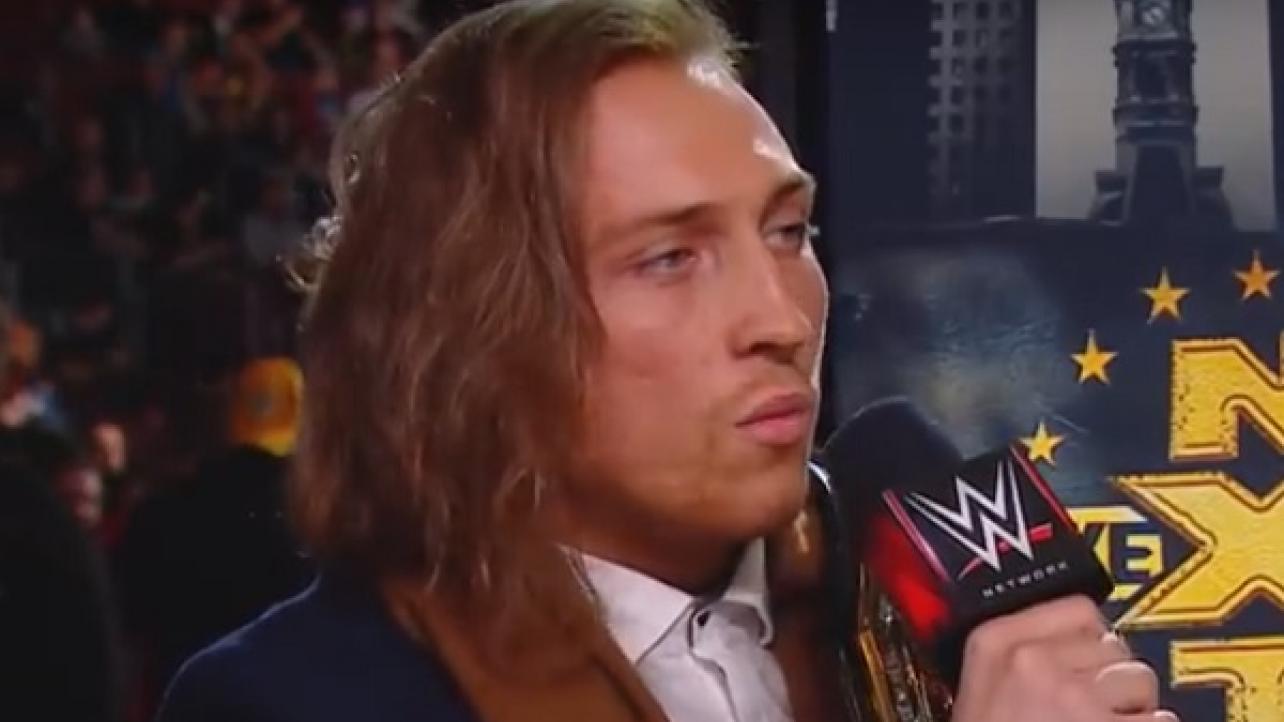 – During the NXT TakeOver: Philadelphia pre-show last night, WWE United Kingdom Champion Pete Dunne joined the panel to talk about the year he had in 2017. During the interview, Dunne spoke about having his eyes on the NXT Championship, but noted that he will also defend his U.K. Championship against all-challengers, even Brock Lesnar. WWE released the video and titled it, “Pete Dunne calls out all challengers, even Brock Lesnar.” Check it out below.

– During the main event for the NXT Championship between Andrade “Cien” Almas and Johnny Gargano at last night’s special, which was a wild match, Candice LaRae and Tommaso Ciampa made appearances.

LaRae, the real life wife of Gargano who recently signed with WWE, debuted when she jumped the barricade to attack Zelina Vega after Vega interfered in the match. Ciampa attacked Gargano after the match while he was on the entrance stage with his wife, blasting him with a crutch and standing over him as the show went off the air.

Check out videos of LaRae’s debut and Ciampa’s appearance below.