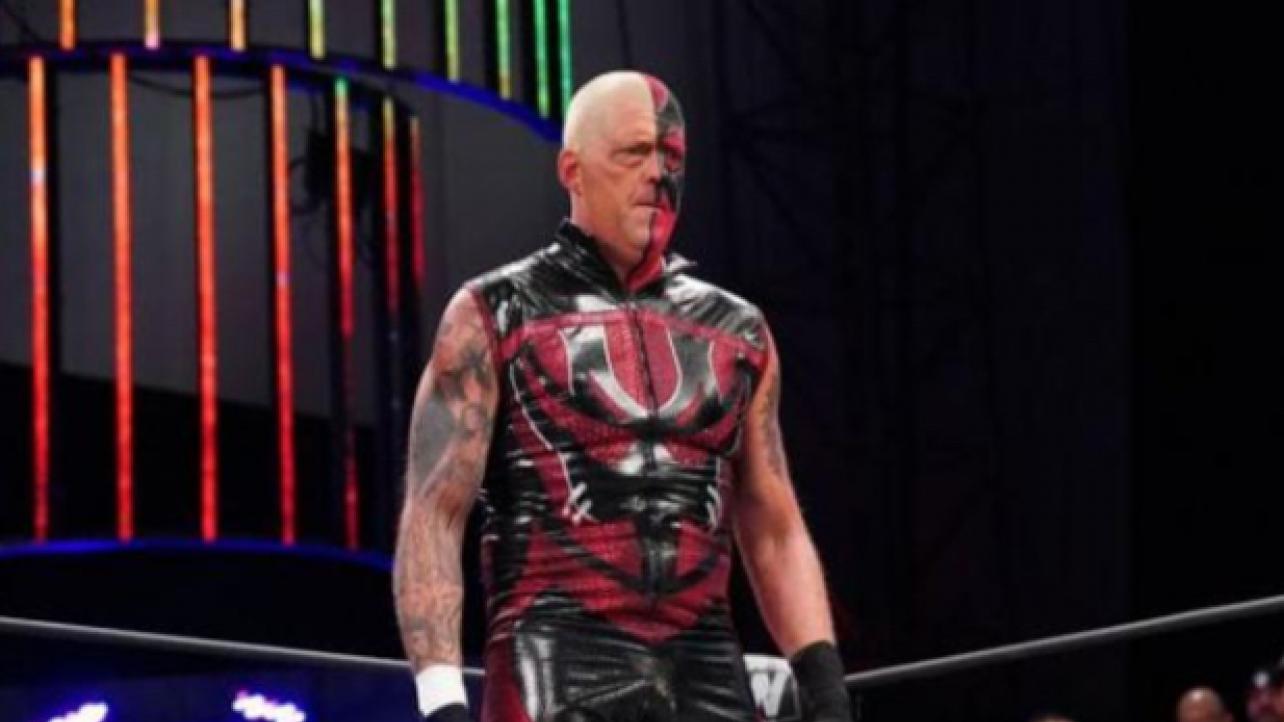 Dustin Rhodes Talks About His Past Issues With Drug Addiction

Dustin Rhodes recently appeared as a guest on The Sessions with Renee Paquette for an in-depth interview covering all things pro wrestling.

During the discussion, the AEW star spoke about his past drug addiction issues at great length.

Featured below are some of the highlights from the interview where he talks about this.

On how his drug addiction started, which was an injury to his knees in 1996: “Years and years ago, I had an injury to my knees. This is like ’96, I think. I started taking a couple of vicodins, some opioids. Those took the edge off, and I just kept working because back then we didn’t have the doctors on call like we do now. Vince one night, he saw me in the bathroom popping a pill. It was just me and him in the bathroom, and I was painting my face. We had a conversation for about 30 minutes on why I should not do what I’m doing and get addicted to things because he’s seen it before. He’s watched them come and go and die from them. He was really talking to me like a father figure. I’m listening to him and painting my face. I’m trying to respect what he’s saying and all that, but I was going to do what I was going to do.”

On how he started taking them more and more just to get through matches: “So then that 2 led to 4, 10, 20, 50. I can work hard to give my best in the ring and then all the other stuff that’s going on in my life, it just takes over, and the depression, the drugs, and that’s all I want is to find my next fix, my next drink, my next 8 ball of cocaine. There’s that downward spiral, and then you lose sight of you have a daughter that is 10 years old. You’re doing this so you’re not in her life for a few years, which when I talk about this, and my daughter, it always, always breaks me up. But it’s really tough to know that you’re so encompassed into taking drugs and alcohol and stealing from your parents just to find your drugs.”

On losing everything including his house and how he would take money from people to feed the addiction: “I had a house paid for. I lost it all. I pawned everything that I had, and at the very, very end in like 2008, I lived in a connected garage, a one stall garage, to somebody’s house that I was renting out for 100 bucks a month. I had a little bitty Honda Civic car. I was still trying to find things to pawn, still trying to sell things, and trying to steal from my dad. ‘Hey, I need this for a bill’ or whatever. That’s what I mean by stealing. They would send me some money, and that would go straight to the pills or straight to alcohol or straight to cocaine. In 2008, I was really at my worst. It was a good two years of really solid not giving a fu*k about anything or anybody, wanting to die, wanting to not feel any more, wanting to not be around anybody anymore. I had my wife and she was with me. She wasn’t an alcoholic. She wasn’t a drug addict. She stuck with me and she stayed by me the whole time. The last two years, I didn’t go anywhere. I didn’t want to do anything. I was taking up to 80 pills a day. For the last couple of years, I was up to a half a gallon of vodka every single day and an 8 ball of cocaine every three days. So that’s what I was taking. So the straw that kind of broke or whatever was, I was laying in bed, and I was really drunk and I didn’t get drunk. Okay, so something was wrong, taking so many pills or whatever. I was so dizzy.

“It wouldn’t stop. The next day, same thing. I tried to drink, I tried taking pills and more stuff to kick out of it. Nothing happened. I remember my wife getting up in the middle of the night. So I would take all the vicodin and lortabs during the day, cocaine, vodka, and then take xanax to come down at nighttime. They’ll kill you. I was up to like eight or 10 of those, the big ones. I would wake up in the middle of the night and she would look at me. I would pop two more thinking I can’t sleep when I was just asleep. So the third day of that little downward rock bottom, I guess, divine intervention or something. It was three in the morning and it was raining outside. My dad had given me a prepaid cell phone. So I had a cell phone. It was a flip phone, but it was like whatever, I didn’t use the internet or anything like that. So I woke up and Ta-rel was sitting next to me, and I said, ‘I’ve had enough’, and I wanted to go call my dad. So I’m really fuc*ed up. She’s trying to help me outside because there’s no cell service and I have to crawl up on a hill to get one bar. I crawled up on the hill, in the mud, in the rain, and she’s helping me. I’m stumbling. I’m crying. I just told him, I said, ‘I want you to call up WWE and get me into rehab.’ Not that day, but the next day, they got me a flight to Fort Lauderdale or West Palm. They were really worried that I wouldn’t get on the plane. I made up my mind, but I understand why they were worried. I got on my first flight, loaded up on the layover in Atlanta, and loaded up down to West Palm. I was pretty shit faced. The guy picked me up in the car service or whatever and I was like, ‘Stop at the store. I’m going to get a 12 pack.’ So I stopped at the store and got a 12 pack. I drank about six before we got to the place, and I don’t remember anything else.”

On going eight days in detox and then spending several weeks in rehab, as well as going to AA meetings for two years: “I had eight days of medical induced detox. But I was pretty out of it the whole eight days. I don’t remember going through serious withdrawals or shakes or whatever. I just remember at the two week point, I couldn’t sleep. Two weeks in, three weeks, you see for the first time in a long time. Your parents come visit, your wife, everybody knew you were so fuc*ed up, but you didn’t know what kind of pain it caused them. I certainly didn’t know what kind of pain it was causing me. We don’t know when we’re too far gone. There’s no, ‘Hey, man, I can do this. I can do this myself.’ It is impossible. But it only works when you’re ready. I was ready. So I made the decision. Once they got me pretty cleaned out and I started seeing some things for the first time in a long time, I made the decision to stick to it. There were several things that had to happen for me to stick to this. Number one, I had to take care of my recovery first, before my daughter, before work, before anything. So of course, I’m automatically going, ‘Hey, man, I need to do this with my daughter. I need to do that. I need to find a job now. I need to do this. I’m clean, whatever.’ I’m not. I’m not there yet. It takes a long time. So for two years straight, I went to AA meetings. I missed maybe a handful over the two years, and that’s what did it for me. When you sit in these rooms, you’re scared to share. You don’t want to say anything. But then you see somebody that is fresh right out of a three day detox and they’re fuc*ed up still, and then you got people in there with 23 years of experience or 30 years of experience in there and they are like the leaders or whatever, but it’s like, you see this person fuc*ed up and it’s like, damn, I was that bad. I was like that not too long ago.”

Dustin Rhodes Talks About His Past Issues With Drug Addiction