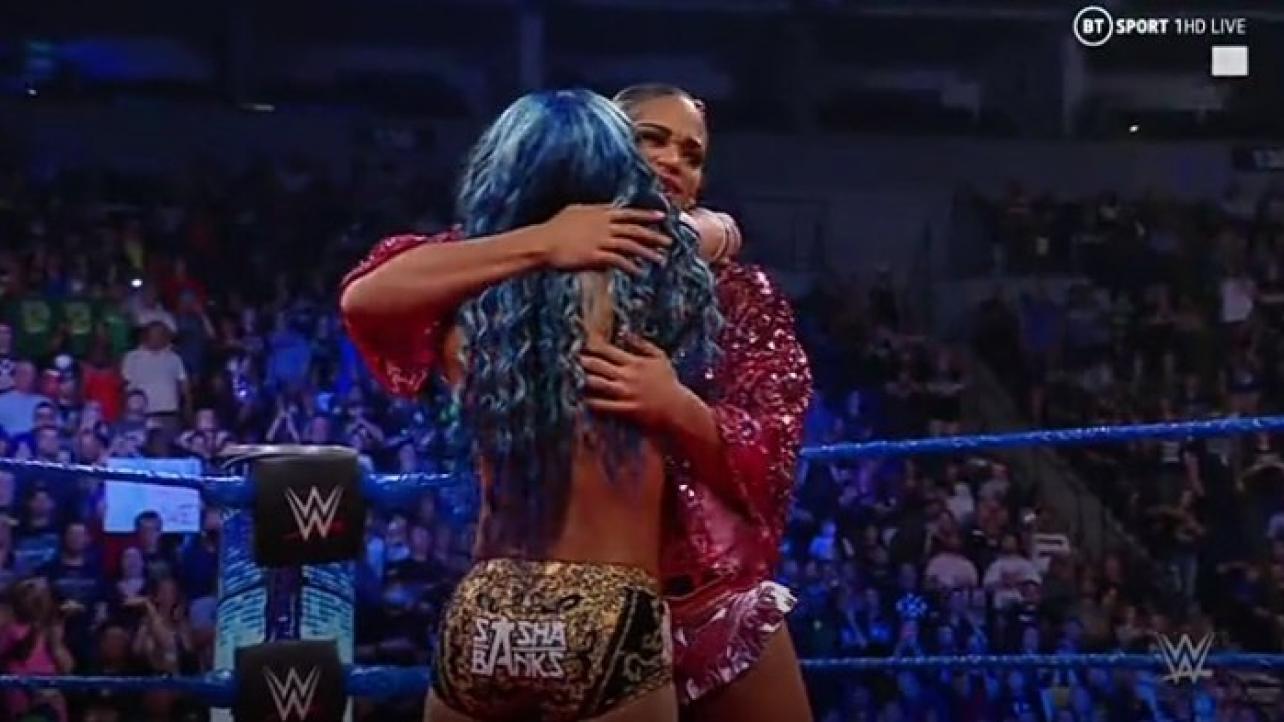 While sharing his opinion on the booking of recent episodes of Smackdown, Mantell told listeners:

“I thought it was brilliantly executed. I don’t know who is booking and actually putting all this together…and I told you guys before we went on air…I told y’all that I was a little teed off and you asked why and I said that there is nothing for me to knock. Last week in Miami and the dual shows and the tonight and I’m thinking, ‘Well…tonight can’t be as good as last week,’ but it was as good, because there is nothing to knock about this show. SmackDown is the show. I think this is leaving RAW in the dust!”

Friday night’s episode of Smackdown saw the return of Sasha Banks, as well as a chaotic contract signing for a WWE Universal Championship match at Summerslam.