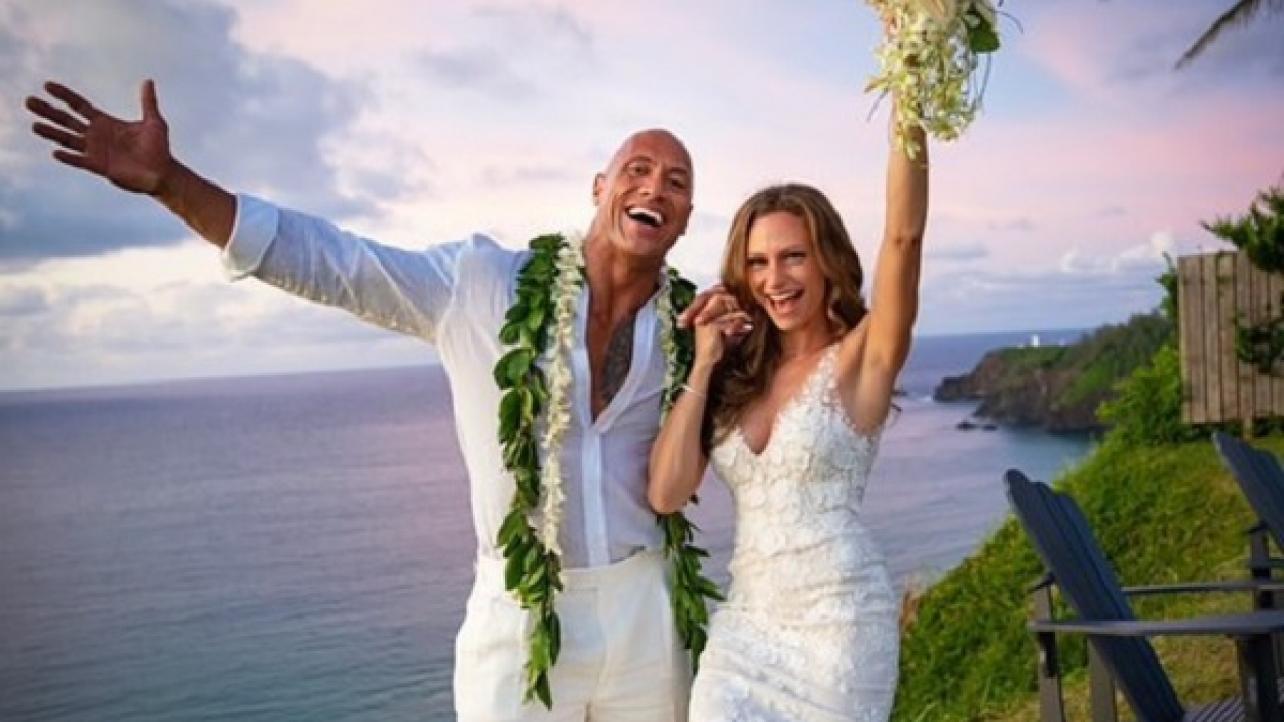 They already have two daughters together, Jasmine, 3, and Tiana, 1 and were married in Hawaii as noted in the post below.

Johnson has another daughter, Simone, 18, from his first marriage to Dany Garcia.

Garcia is actually still a prominent business partner of Johnson’s while Simone is in the WWE’s developmental system, looking to follow in the footsteps of her father, grandfather and great grandfather and become a wrestler.