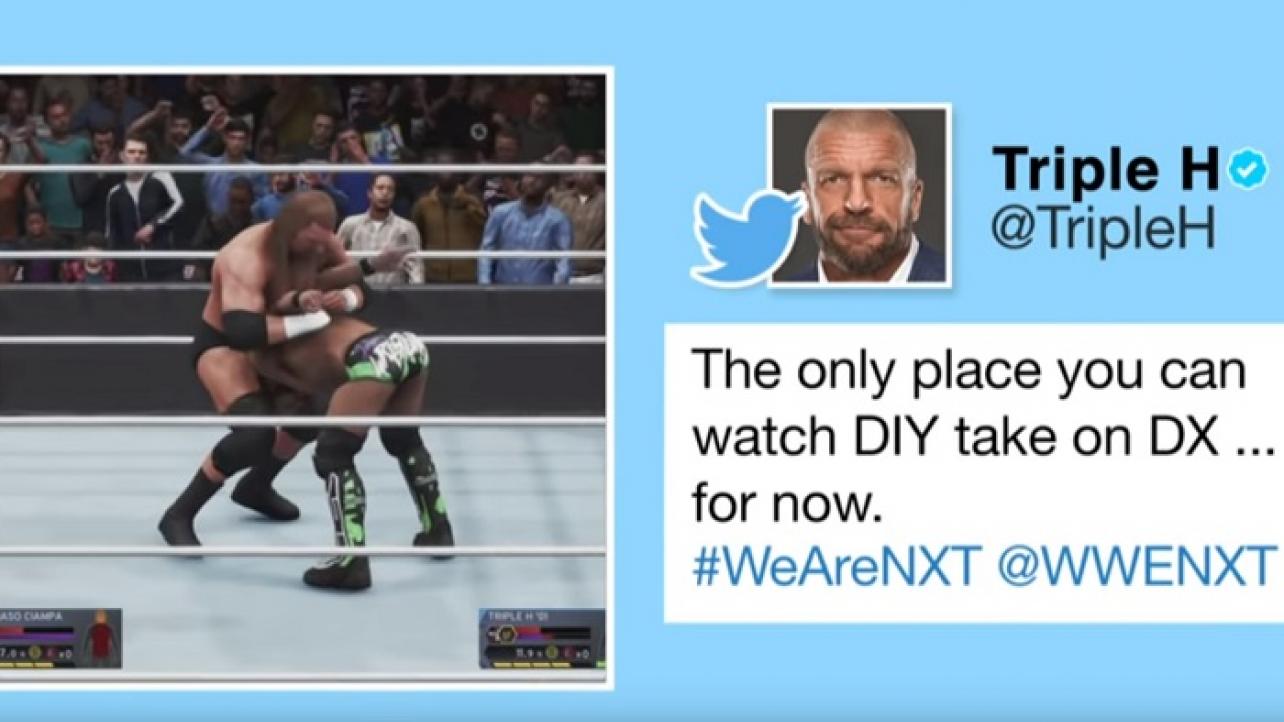 Could the WWE Universe expect a potential return of Triple H and Shawn Michaels as D-Generation X for a special “Dream Match” against Tommaso Ciampa and Johnny Gargano as DIY in 2020?

A tweet from Paul “Triple H” Levesque, has resulted in a lot of buzz about D-Generation X coming out of retirement for a potential D-X vs. DIY match with “The Game” and Shawn Michaels reuniting the band to take on NXT power-duo Tommaso Ciampa and Johnny Gargano.

The topic was covered during a special installment of the popular WWE digital series, “WWE Now,” featuring Ryan Pappolla.

Triple H posted a tweet this week to promote the release of the new WWE 2K20 video game, where he wrote: “The only place you can watch DIY take on DX … for now.”

The tweet from the WWE Executive Vice President of Talent, Live Events & Creative prompted the DIY members, Ciampa and Gargano, to dust off their Twitter accounts to react to the potential dream match.

“Hey.. I’d just like to reiterate that a video game brought Rocky Balboa out of retirement for a dream match.. so let’s keep the pressure on em’, @WWEGames. #DIYvsDX,” wrote Gargano in response to HHH’s tweet.

Ciampa would go one better, writing, “Only if we can split this into singles matches too,” before tagging the various pairings you could make with the aforementioned four talents.

“That should take care of TV and every Takeover in 2020,” Ciampa added.

Check out the special edition of “WWE Now” featuring the coverage of the tease of a potential WWE Dream Match between DX and DIY below.