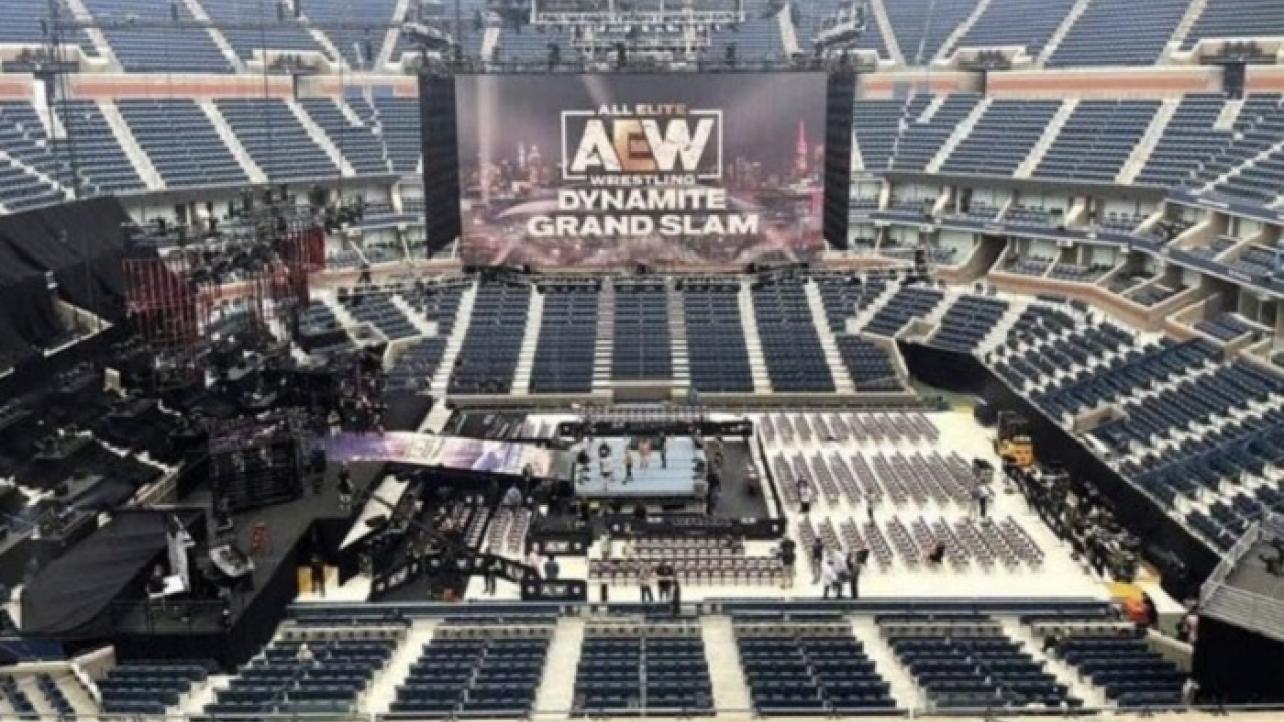 Following the highly-viewed special episode on Wednesday night at Arthur Ashe Stadium in Queens, New York, the numbers came out and for the fifth week in a row, Dynamite was the number one show on the night for cable television.

On Thursday, AEW issued the following press release regarding the big numbers for this week’s Dynamite: Grand Slam show:

AEW: Dynamite” is continuing its red hot-streak as Wednesday’s No. 1 cable program among P18-49 for the fifth week in a row.

Since debuting in October 2019, AEW has continued to defy expectations with its meteoric rise, game-changing content, world-class roster, collaboration with other leagues and a highly entertaining product that draws the youngest-skewing wrestling audience on television. This unprecedented approach propelled AEW to its first No. 1 Wednesday ranking on April 14, 2021, followed by numerous top spots, including the current five-week winning streak.