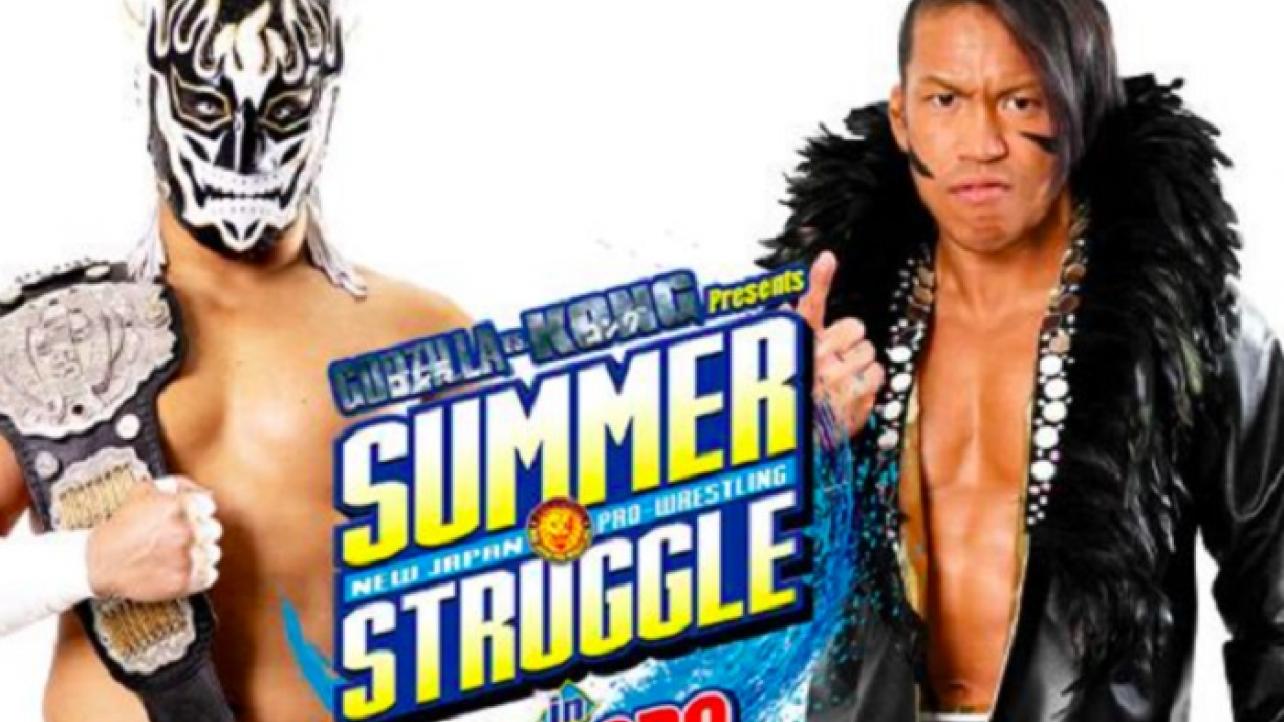 The 8/27 stop on the NJPW Summer Struggle tour received two new singles bouts for the card in a new announcement made this week.

Featured below is the complete announcement, which confirms IWGP Junior Heavyweight champion Robbie Eagles taking on Master Wato in non-title action, as well as Hiromu Takahashi facing off against DOUKI in one-on-one competition.

Friday August 27’s final stop on the Summer Struggle tour will be headlined by a pair of spectacular singles matches as the junior heavyweight stars take the spotlight.

In the main event of the night, Hiromu Takahashi will be wrestling his first match in over six months as he takes on DOUKI in his comeback bout. A torn bicep has kept the Time Bomb out of action since February, but Takahashi announced to the Tokyo Dome crowd on July 25 that he was cleared for return, and challenging for the IWGP Junior Heavyweight Championship. New champion Robbie Eagles was quick to accept the challenge for the match, made official for September 5 in MetLife Dome, but Hiromu wanted to make his return sooner.

Takahashi said that he wanted to come back sooner, but without any LIJ teammates to tag with at present, wanted to do so in a singles environment. Hiromu issued a challenge to another man left out of the action of late and had pent up frustration to let up in DOUKI.

DOUKI was quick to tell Hiromu he shouldn’t be looking at the Suzuki-Gun member as a tune up opponent, and this should indeed be a wild affair. DOUKI will be pulling out all the stops to take advantage of any possible ring rust Hiromu may have, and should he emerge victorious, could well be taking the Time Bomb’s spot opposite Eagles on September 5.

Yet the champion is not going to be given the night off on Friday, as he takes on Master Wato in non title action. The Sniper of the Skies is riding a hot hand of late, but Master Wato has been a thorn in the Australian’s side. Togerther with Ryusuke Taguchi, it was Wato who eliminated Eagles and Tiger Mask from contention in the Super Junior Tag League, and Wato also holds a pinfall victory over the champion, from last November in Best of the Super Jr. Can Eagles right a wrong Friday, or will it be Wato staking a major claim to the Sniper’s title?