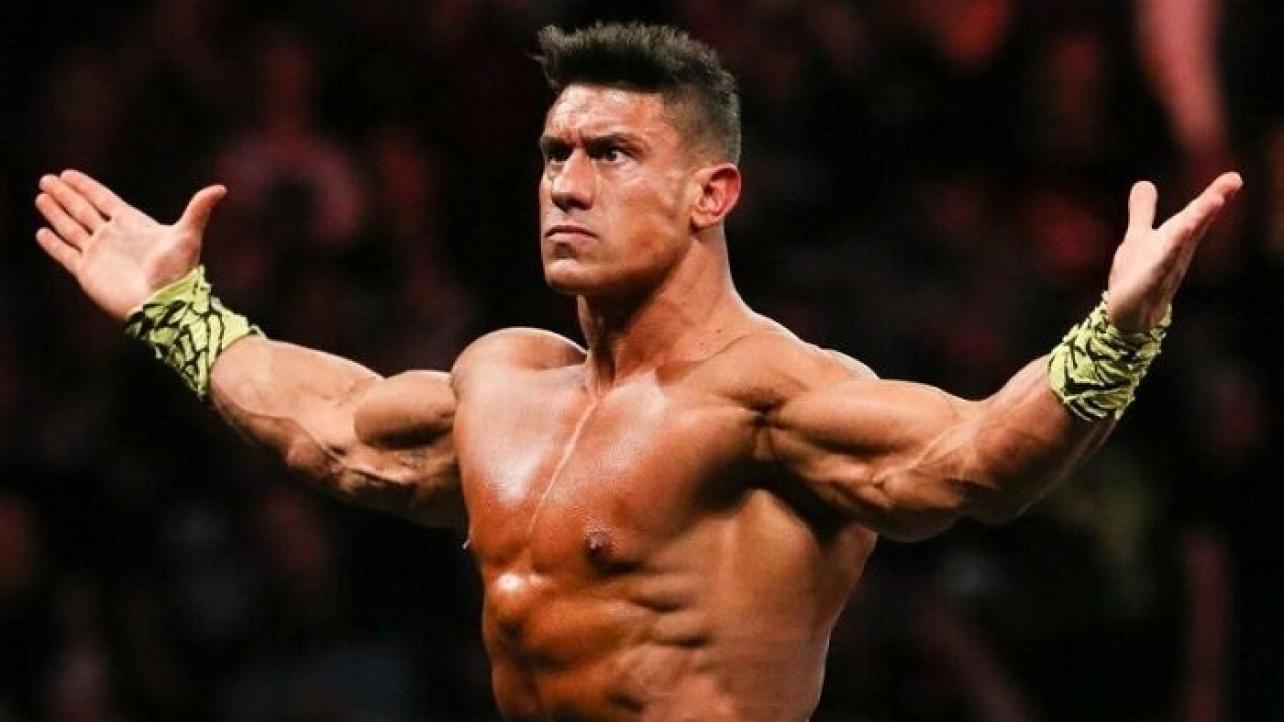 EC3 Addresses Being Diagnosed With COVID-19

Top independent superstar EC3 was a recent guest on the Chris Van Vilet show to discuss all things pro-wrestling, where the former IMPACT world champion revealed that he recently tested positive for COVID-19. EC3 also touches on the multiple concussions he suffered while working in WWE, and how he was in a dark place prior to his release. Highlights are below.

“I’ve been quarantined for a week to 10 days. At this point, I have Covid and I’m at the tail end of it. It sucked a little bit. Some of it wasn’t bad. I’m healthy so I was fortunate. It infected my parents who were visiting me so they had to stay longer so I’ve had no alone time. It drove me nuts but we had a great time spending time together so it was cool. I’m at the tail end of it so I will be healthy. Ring of Honor caught it with the protocol they have for testing. What they are doing is working and working well. I would say I’m at 90%. This is the tail end of it. It felt like the flu and a moderately bad cold some of the time. I would say one day it attacked my stomach because I farted too much. One day I had a bad set of chills where I had a double hoodie on. One night I woke up and had a 10-minute respiratory cough and I got why this sucks. I felt like I was breathing fire for like 10 minutes and I’ve been fine ever since.”

How he got released by WWE shortly after sending in a pitch for a character change:

“I was going to force their hand to do this (his current character). The only thing that kept me there was a pandemic. My parents own a small business and my family might need this money. Around that WrestleMania time, I was coming back from a serious concussion that cost me 5 or 6 months and it really changed my life and made me think about this character (the one he is doing now). I pitched this idea and included a promo with it. I sent it in on a Wednesday and two hours later I got fired the day that I sent in this magnificent pitch. The first thing I thought was I’m actually ok with this. This is fine. Don’t worry about it. I posted the pitch and the promo to the world. The thing I didn’t want people to think was I sat around and did nothing.”

Details the multiple concussions he suffered while working in WWE:

“It was at a live event. We can start a three-prong story. One was at TakeOver Brooklyn with Velveteen Dream. I was DDT’d on a ramp and I don’t remember anything until I woke up in a trainer’s room. They asked if I knew where I was? I said no. I don’t remember the match which sucks because that’s a big platform. I came back 6 weeks later and I got caught with a knee to the back of the head in an NXT match. That’s the second one in two months so they were really going to be cautious. While I was out, I got called up with the concussion which felt weird. Anytime I’ve been injured, it’s never been how long until I’m healthy, it’s always how long until I can be back. I probably came back too soon, but I was getting called up. It was the moment I waited for my whole life. It was all I ever wanted. I got called up with it. The run is what it is. I think a few months down the road, a live event match, I got caught with a Luchadore flying forearm or something. It knocked me silly but I kept trying to work with it because I didn’t think it was what it was. One day I showed up for TV, fish white, and if I’m not tan, something is wrong. They asked if I was alright? I said I don’t know. I took the test and I was concussed. I went through the protocol and coming back from the protocol, I couldn’t pass the test this time. It was very difficult. They have a physical therapist available which I’m very grateful for to help you with sensory things to get through this. They have a psychiatrist too because there was something with the dopamine released in my brain. I was a mess. I was alone in this suite, one-percenter in this apartment in downtown Orlando. But I’m living there as a recluse, sitting on my couch, miserable and I’m brain dead in the dark. The TV couldn’t even stay on because it hurt my brain. It sucked for a long time. For residual effects, I don’t know if there was a change in psyche and mentality and stuff like that perhaps, but as far as being able to perform in the ring safely to myself and my opponent, I have no residual effects.”

Full interview is below. (H/T and transcribed by Wrestling News)

EC3 Addresses Being Diagnosed With COVID-19