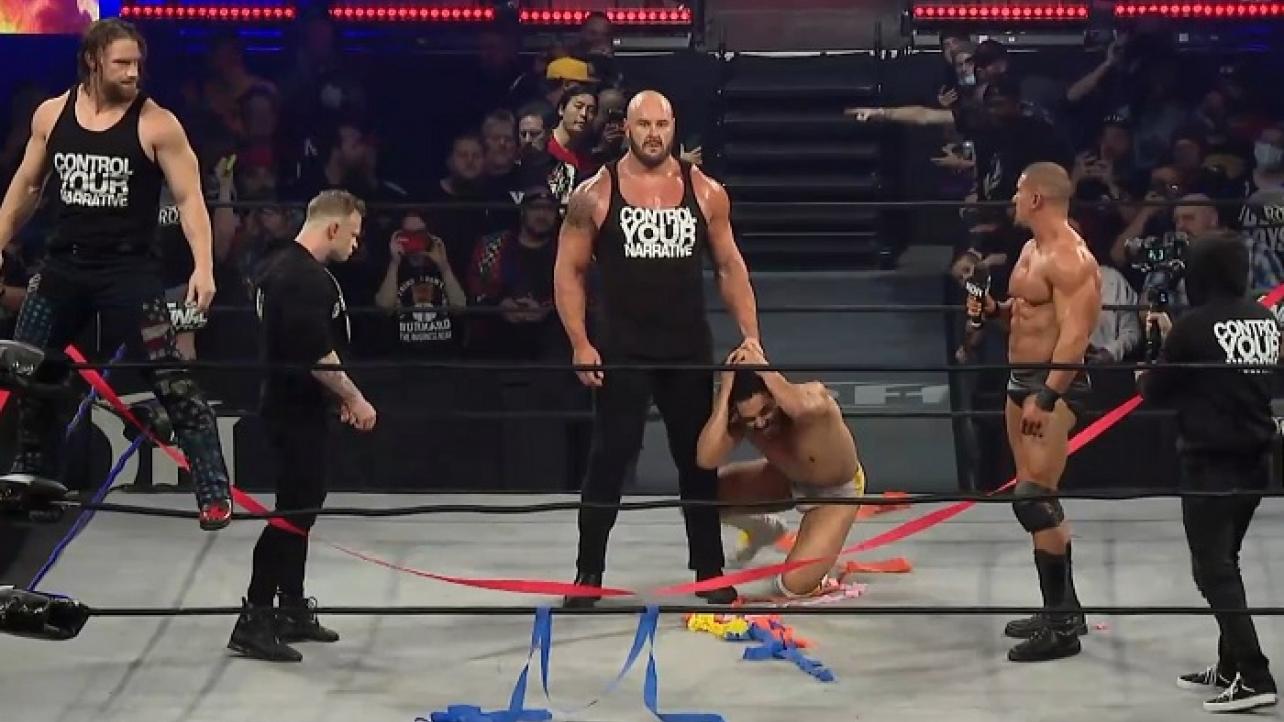 EC3 recently appeared as a guest on the ROH Strong podcast for an in-depth interview covering all things pro wrestling.

During the discussion, the pro wrestling veteran spoke about the arrival of Adam Scherr (f.k.a. Braun Strowman) at the ROH Final Battle 2021 pay-per-view, as well as the formation of the “Control Your Narrative” faction at the event.

On continuing the angle: “It’s about the follow through. When you’re doing business on other people’s terms, there’s going to be give and take. The control that I so desperately seek, exists in my realm, can it exist in other realms? Can this awakening take place in other three letter brands? I think it’s poised to be something so unique, hot, and profitable, and interesting to not only fans but to the companies that would allow this 4D chess to be placed on their platforms. The sky is truly the limit. We accomplished one thing, but the second I accomplish one thing, it’s onto the next. Control Your Narrative isn’t a faction, it’s an idea.”

On picking Eli Isom, Dak Draper and Brian Johnson for the segment: “They were named specifically by me, not only to the office, but allowed on pay-per-view because of what I see in them. That’s why I had them there. What was important to that whole segment was, I didn’t want them to be casualties at the expense of a name coming in to beat people up. They were not there to be warm bodies to be tossed around. They were there with reason and purpose and what I see in them. All three have lost their home, in theory, they don’t know what’s next and are jumping into the unknown. I’ve been there and know the feeling. They literally came to me asking, ‘what should we do?’ All three of them have had instances with, I want them to know that the unknown is not a safe place, but it’s the right place. Eli wasn’t on my radar until a couple of weeks prior to Final Battle, we had a one-on-one match. It meant a lot to me. As we’re having this match and I’m talking my shit, I can see it resonating with him. Now, he’s fighting back and he’s starting to get it. i think he took a step up in who he was in that match until we get to the back and I see him, and he’s emotional. Not like weeping or crying that he lost. He felt something different and felt what this industry should make you feel and that’s real emotion. He’s like, ‘that was maybe my favorite match of all time because I felt it out there.’ Him having emotion, I pegged him as a guy too.”

Check out the complete interview at ROHWrestling.com. H/T to Fightful for transcribing the above quotes.