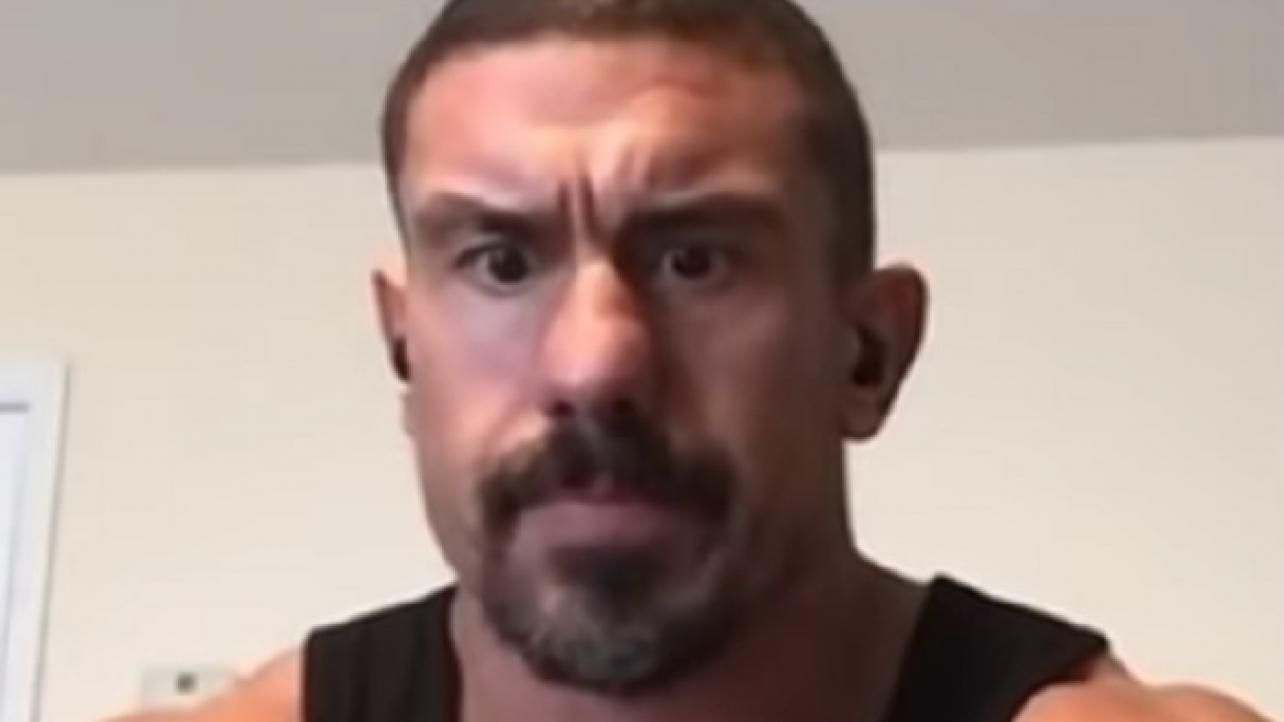 EC3 recently spoke with the folks from TV Insider to promote the Ring Of Honor (ROH) 19th Anniversary pay-per-view event this coming weekend, where he is scheduled to square off against Jay Briscoe in singles action.

During the discussion, the former WWE and IMPACT Wrestling star spoke about the reason he didn’t want to sign with another major corporate wrestling company after parting ways with WWE, ROH giving him the creative freedom he enjoys, his upcoming showdown against Jay Briscoe at the ROH 19th Anniversary show and his thoughts on who some potential breakout stars are going to be.

Featured below are some of the highlights of the new EC3 interview.

On why he didn’t want to sign with a major corporate wrestling company after WWE: “I’ve realized that being under a three-letter brand with a corporate wrestling structure isn’t for me. No change will ever be made as long as people conform and do the exact same things. I want to be different, and if that takes guaranteed money away from me, that’s OK.”

On ROH giving him creative freedom: “ROH is really, top to bottom, one of the only tolerable wrestling products on television. In my negotiations, they provided me with the freedom to create. No amount of money can take away the happiness and pleasure I truly get from creating and controlling my narrative.”

On his upcoming match with Jay Briscoe: “EC3 evolving into the “Essential Character” started with the COVID era, so of course, I got COVID. I was fine thankfully, but it did delay this match. I envy Jay Briscoe. He has found happiness being in Ring of Honor for his entire career. He has found happiness raising a family and running a landscaping business. He kicks ass and works hard and is a family man. Jay’s probably one of the best wrestlers I’ve ever seen. He’s the biggest dog in this park who is not the champion. I had to go to him to find a purpose in Ring of Honor. I haven’t seen honor in this business in a very long time. Honor is in the name. I will put that name to the test.”

On potential breakout stars: “A guy like Josh Woods, given his background [as an amateur wrestler]. He really trains like an athlete. Dak Draper reminds me of a young Derrick Bateman [EC3’s first character in WWE]. If there’s something that can unleash him, he can become the man. The next person to step up and step out in Ring of Honor has to realize this is a brotherhood, but to become who you truly want to be, you have to think about yourself. You can’t be friends with everyone.”