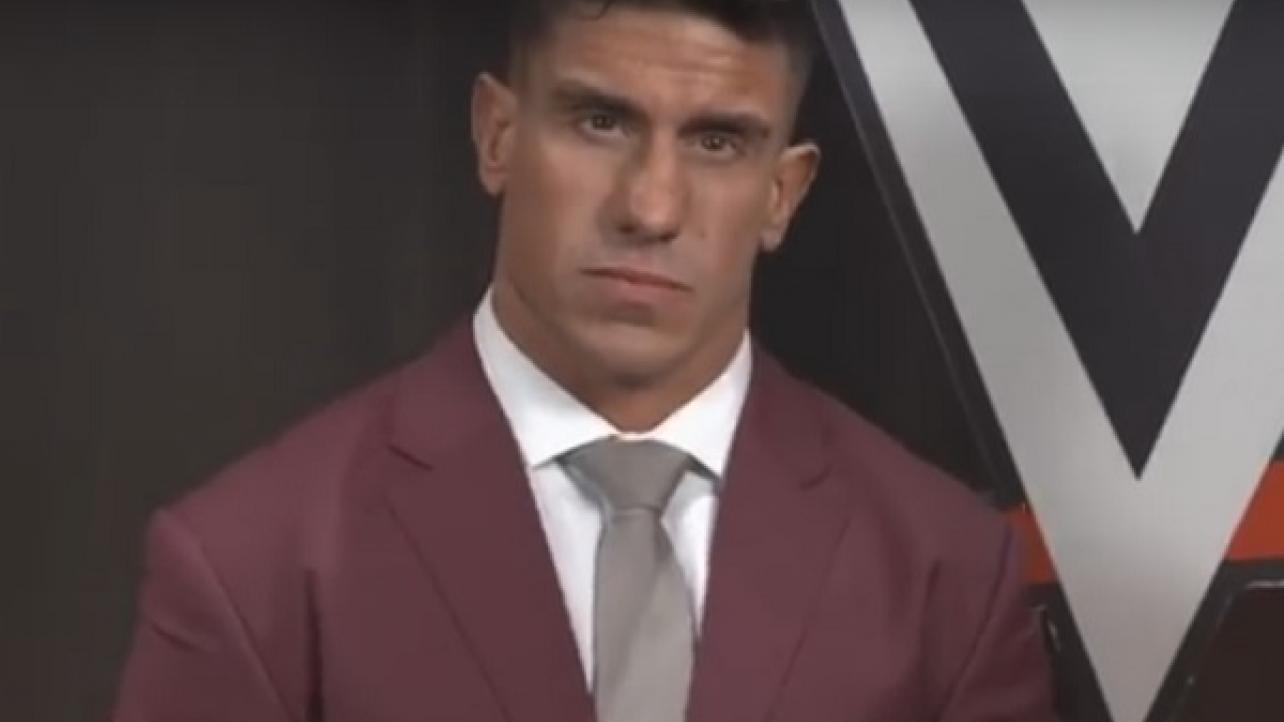 EC3 Talks About Returning To WWE After Nearly 5 Years, Being The Best & More

After signing with WWE and making his NXT debut at last night’s NXT TakeOver: Philadelphia special, former Impact Wrestling star Ethan Carter III (EC3) spoke with the folks at ESPN for an interview. Featured below are some of the highlights.

On returning to WWE after being away for nearly five years: “The moment was vindication. The moment was resolution. I feel redeemed.

“It’s only been 1,714 days since the last time I stepped foot in the WWE — but who’s counting. With each day that has passed, I’ve had one goal in mind — and that was to be here, in this moment at this time for one purpose. Never once, without a shadow of a doubt, did I ever not believe in myself — believe that I would come back. I came back with vigor and determination. I came back on a mission.”

Check out the complete EC3 interview at ESPN.com.

EC3 Talks About Returning To WWE After Nearly 5 Years, Being The Best & More