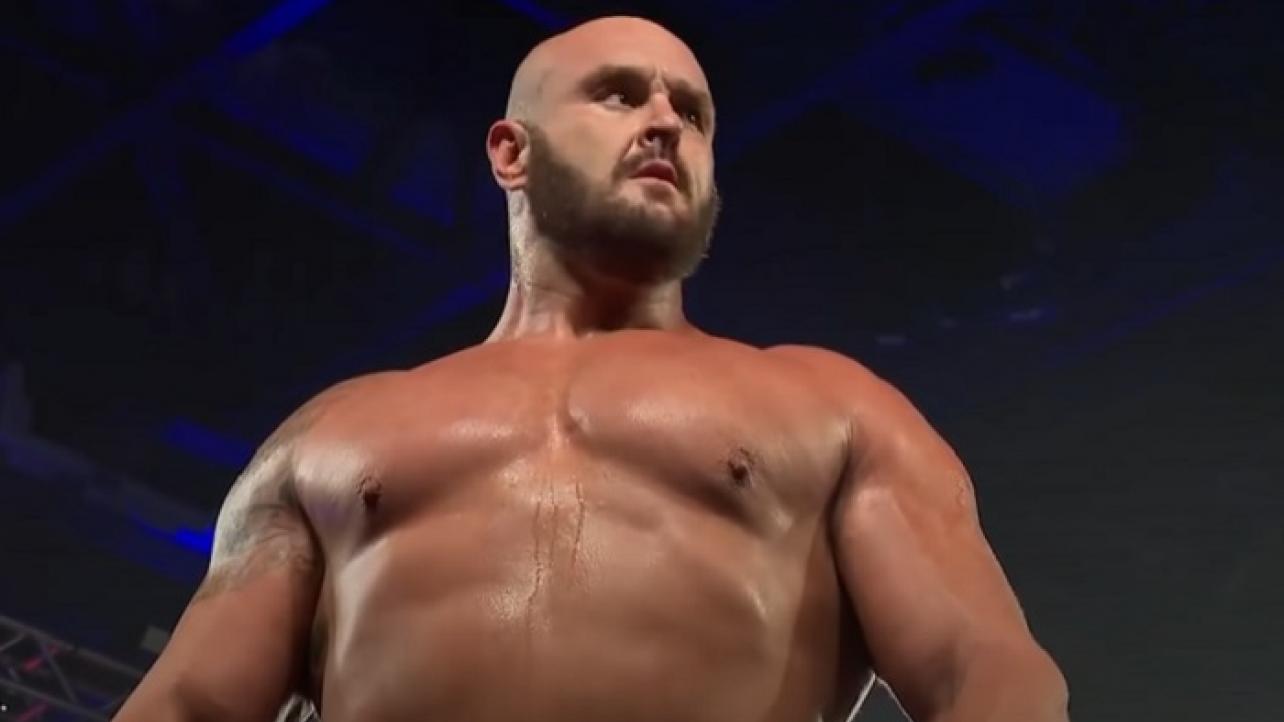 As noted, EC3 appeared as a guest on the latest edition of the ROH Strong podcast for an in-depth interview covering all things pro wrestling.

In addition to the highlights from the discussion that we previously published here on the website, the pro wrestling veteran also spoke during the interview about how he was able to get on the ROH Final Battle pay-per-view card and bring Adam Scherr (aka Braun Strowman) with him, as well as Scherr being hard to hide before his debut appearance due to being such a massive human being.

On how he was able to get on the Final Battle card and bring in Adam Scherr: “I was kind of off the card, so infiltrating, finding my way onto the card, winding up in that eight-man tag team match, where the match was the least important thing I was going to do that night. Awakening the wrestling universe was far more important. So that day it was crazy. So while I had to retain my usual distance from people that I try to, I also had to infiltrate the building, I had to infiltrate the staff. I had to secretly pay the athletic commission to give my men physicals, I had to sneak them into a building. I had to hide them in a secret room, I had to have, you know, my legions of stooges feed them and keep them occupied, and keep that all under the radar, under the vest of not only the talent but the company itself. So it was a daunting task, but I am a man who stands on his own fruition gets things done. I manifested it and it happened. And now we are off to the races.”

On how hiding Scherr was not easy since he is a huge man: “Very much keeping it close to the vest. And even people I trust with my life, I did not tell what was taking place. Because if some word got out, if some way it was stooged off to the internet, if there were people that I trusted that weren’t involved with it that I did tell, would I lose my trust for them?” he asked. “Even though it probably it wasn’t them, it was probably a residual? So just by planning…it’s the art of war, man. You never let your tactics be known, and the people that needed to know, knew. Hiding a six-foot-eight titan in a hood and a face mask in a hotel where there’s fans around, not easy. Using my other men as sort of like a diversionary tactic, it was a great deception. It was not easy but it was worth it because so rarely so rarely in this day and age, especially with the internet and the wrestling media, the corrupt wrestling media that, they make their money off of getting this information and saying it, so nothing’s a surprise anymore. And what made me love this, what made me want to do this for the rest of my life, what made me want to create it at the highest level,” he noted, “was the moments I had when I didn’t know what was coming and I was shocked. There’s nothing better in the world than that. Rarely do we have that opportunity so being able to pull that off was a great personal success and it was a great professional success.”

Check out the complete episode of the ROH Strong podcast featuring the EC3 interview at Apple.com. H/T to Mandatory.com for transcribing the above quotes.