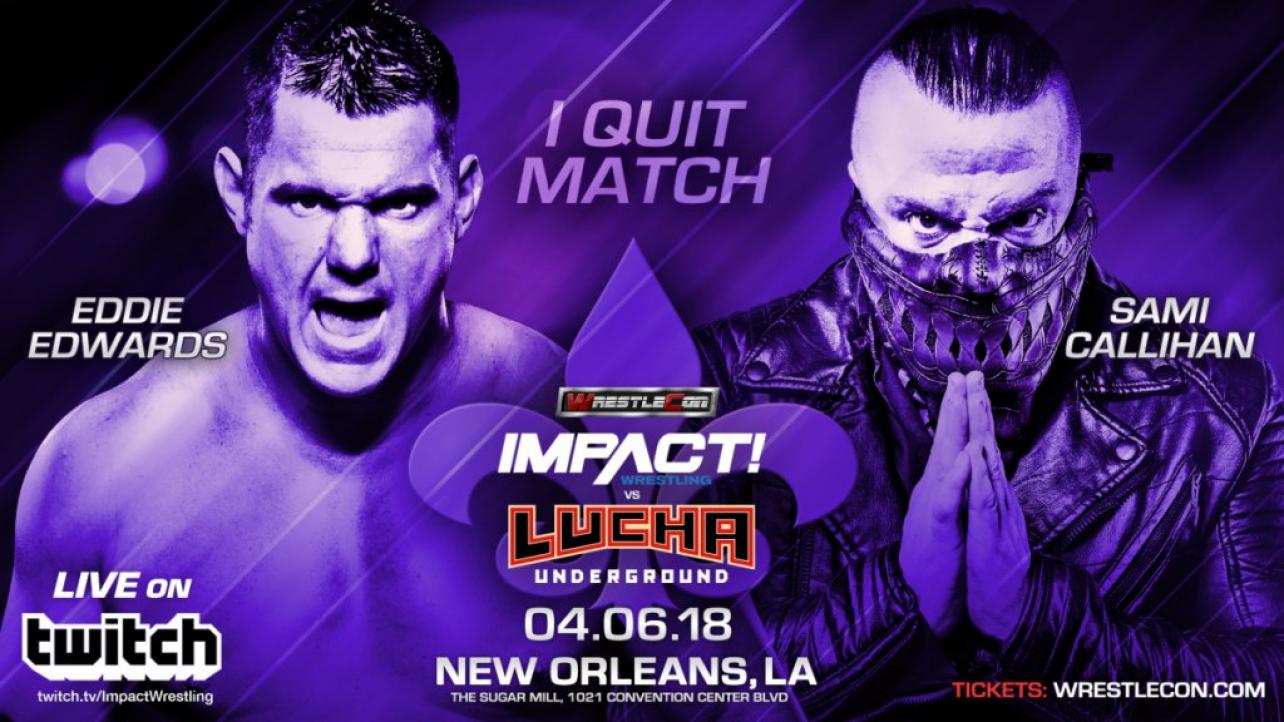 After their first showdown resulted in so much controversy, Eddie Edwards and Sami Callihan are set to run it back.

Impact Wrestling announced this week that Edwards will face Callihan in an “I Quit Match” at their Impact Wrestling vs. Lucha Underground show during WrestleMania 34 week in New Orleans on April 6th.

This will be the first showdown between both men since their recent match that saw Callihan accidentally blast Edwards in the face with a baseball bat, breaking his nose and orbital bone.

OFFICIAL FOR IMPACT vs. Lucha Underground: This one is personal. After having his orbital bone and nose broken at the hands of @TheSamiCallihan, @TheEddieEdwards will be out for revenge in an I Quit match. TICKETS: https://t.co/ngBxRB2pr4