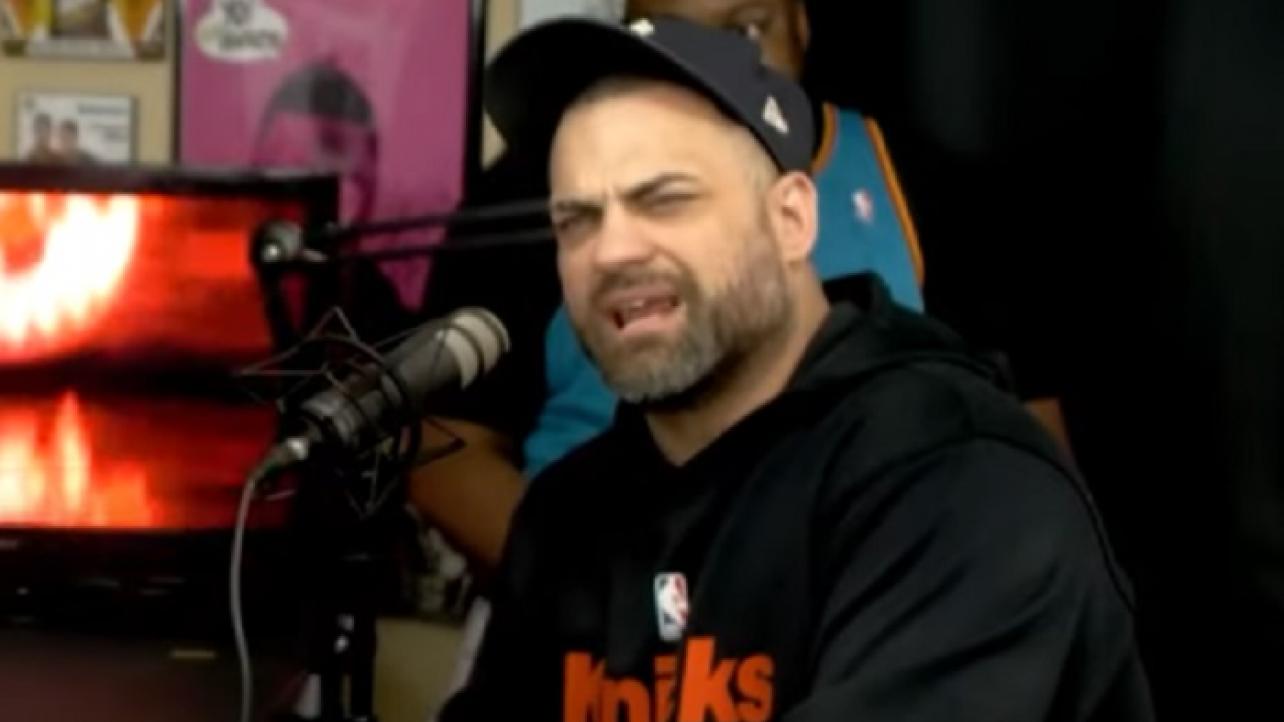 Eddie Kingston recently appeared as a guest on the Swerve City podcast for an in-depth interview covering all things pro wrestling.

During the appearance, “The Mad King” spoke about being depressed after his match with CM Punk until a fan interaction lifted his spirits, as well as how he feels he has ten good years left in his wrestling career.

On how he felt very depressed after the match with CM Punk, but a fan interaction turned his spirits: “A lot of people think, ‘Oh, Eddie got his sh*t together.’ I really don’t. Every day is a struggle and I wanted to bring this up. I just remember we said ‘fighting depression’ up there. I was actually depressed after the Chicago show that we had. I can’t tell you why I was depressed but my depression hit and I was like, ‘Ah sh*t, here we go.’ Now I gotta go through steps that I’ve learned over the years but for some reason it wasn’t working that day. So I decided, I just went to the store. I said, ‘You know what? Let me get an energy drink. My flight’s not until 4:30. Let me walk around.’ Actually, it was Minnesota. I’m sorry, ‘Let me walk around Minnesota.’ It was after my match with [CM Punk]. I was just — I found out later why I got depressed and I’ll get to that but I was walking around the city and I walked into the store and I got myself an energy drink and I’m leaving, there’s a little kid with his mom and I turn around, the little kid’s like this [standing straight up], frozen. I said, ‘What’s up little man? What’s going on?’ She’s like, ‘Oh my God, we were at the show. He loves you so much.’ I was like, ‘What’s up little man? How you doing? How you feeling dawg?’ And he’s like, ‘Uh’ and took a picture, he had a great time, I left that store and I said, ‘F*ck this depression. That’s what it’s all about.’ Look at that kid, you know what I mean? Like what the f*ck? How do I get mad? At that? Look what I just did for that kid. Who the f*ck am I to do that anyway? You know what I mean? But also, the reason why I was depressed was after my match with Punk, everyone was giving me all this praise. I have this problem of accepting love and it’s the thing I’ve had to work on my whole life. I have this problem because once I get the love, you know what happens? I get paranoid. ‘I don’t deserve it. Who’s gonna try to rip this from me?’ That’s what I start thinking, because it’s happened to me in the past and also, it’s my own mental stuff saying I don’t deserve it. But then I see that little kid and I’m like, ‘F*ck. F*ck it,’ you know what I mean? I just want people to know that I still battle. This is never ending. It’s normal, it’s your normal, it’s your normal. My battle with my depression and my anger ends the day I’m in the casket. Just the way it is, you know what I mean? I’m gonna fight everyday.”

On how he feels he has a good 10 years left in his wrestling career: “It’s not over yet. I honestly feel I have a good ten years left. I went the way — f*cking cryotherapy, all that sh*t, whatever. I know how to take care of my body now better, you know what I mean? Instead of just — yeah, it’s no more just, ‘Sh*t, I need a cigarette’ or, ‘Let me take a shot of whiskey. I’ll feel fine in the car.’ No, no, no [we don’t need that anymore]. It’s definitely different now. Now we have things we can do. We’re more educated now.”

Check out the complete interview below, or at Apple.com. H/T to POST Wrestling for transcribing the above quotes.