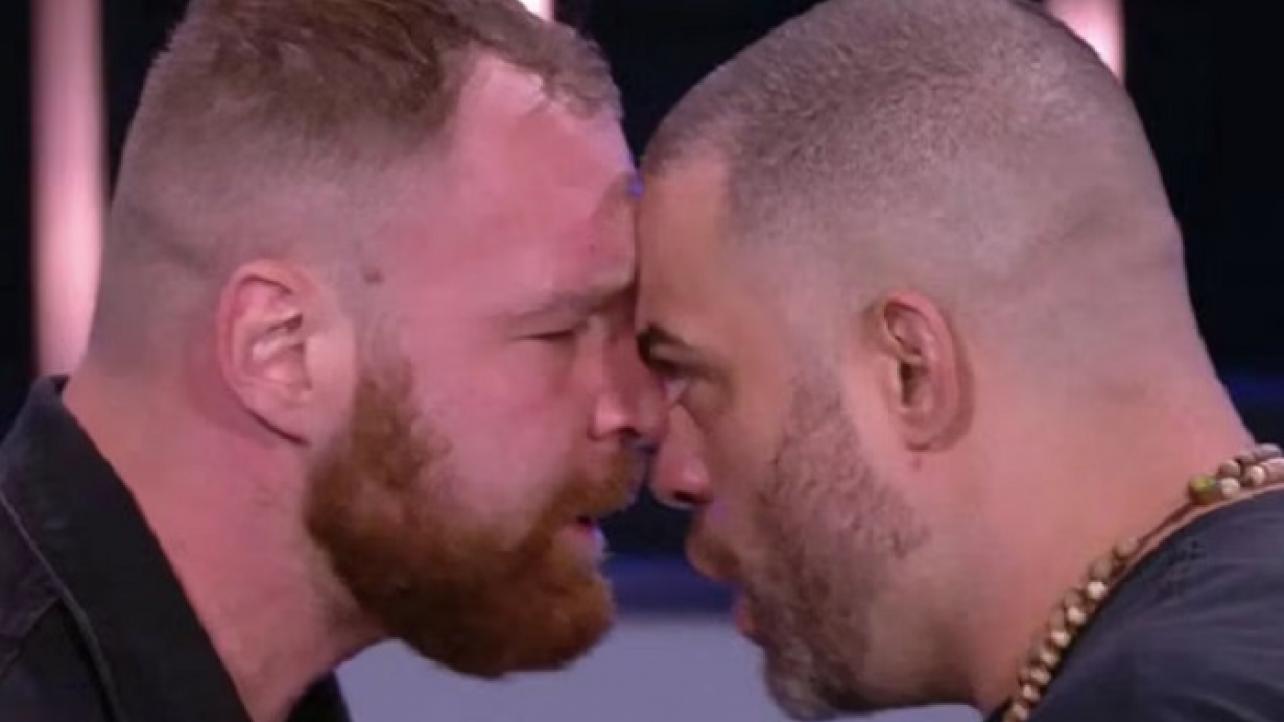 Eddie Kingston recently spoke with the folks from Talk Sport for an in-depth interview covering all things pro wrestling and AEW.

During the discussion, “The Mad King” reflected back on his rivalry with Jon Moxley, which culminated with their match for the AEW Championship at the AEW Full Gear 2020 pay-per-view.

Featured below are some of the highlights from the interview where he talks about the rivalry, as well as Moxley always being a big supporter throughout his career.

On how he had a lot of fun feuding with Jon Moxley during the build up to AEW Full Gear 2020: “That was so much fun to be in there with him. A lot of it was just… I don’t think about what I’m going to say and neither does Mox. We may have a line in our head and we’re like ‘aight, we’re just gonna say that line and see how the people react or our opponents react’ then we see what comes into our heads after that so we can be from the heart. It’s not scripted. I’m not against scripts. I know a lot of people are. I’m not against it because some people need it. Some people don’t. Me and Jon are two people who are lucky enough, well, Jon is talented enough, I’m lucky enough [laughs] where I can’t remember things, so you can’t give me a script! You got to give me little points and then I can work with that and build off that. That whole face-to-face wasn’t supposed to happen like that, we just got into it. We felt the moment and we spoke about certain things that are real life in there to mix in with the wrestling.”

On Moxley being a big advocate for him his whole life and career: “At the end you’re just so amped up and you’re so… I don’t know. I go into a different world when I’m out there, you know what I mean? So when I come through the curtain I’m not thinking ‘Oh, man. That was great!’ or anything else, I need a minute or two to get away from everyone to breath and then come back to this reality, or whatever you want to call it. Afterwards we were like ‘well, it felt good!’ Jon loved it, of course. Jon has been one of the biggest advocates for me in my whole career since we met. A lot of people don’t know that he was trying to get me into WWE years ago. Trying his best to do what he could. ‘Hey, I told this guy to check you out,’” said Kingston. “And this is me and Jon not talking for years and out of nowhere he’ll text me ‘Hey, I told so and so to watch your match from blah blah blah’ and I’ll be like ‘Who is this?’ And he’ll be like ‘Jon’ and I’ll be like ‘Oh hey, what’s up Mox?’ [laughs]. That’s the kind of friends we are.”