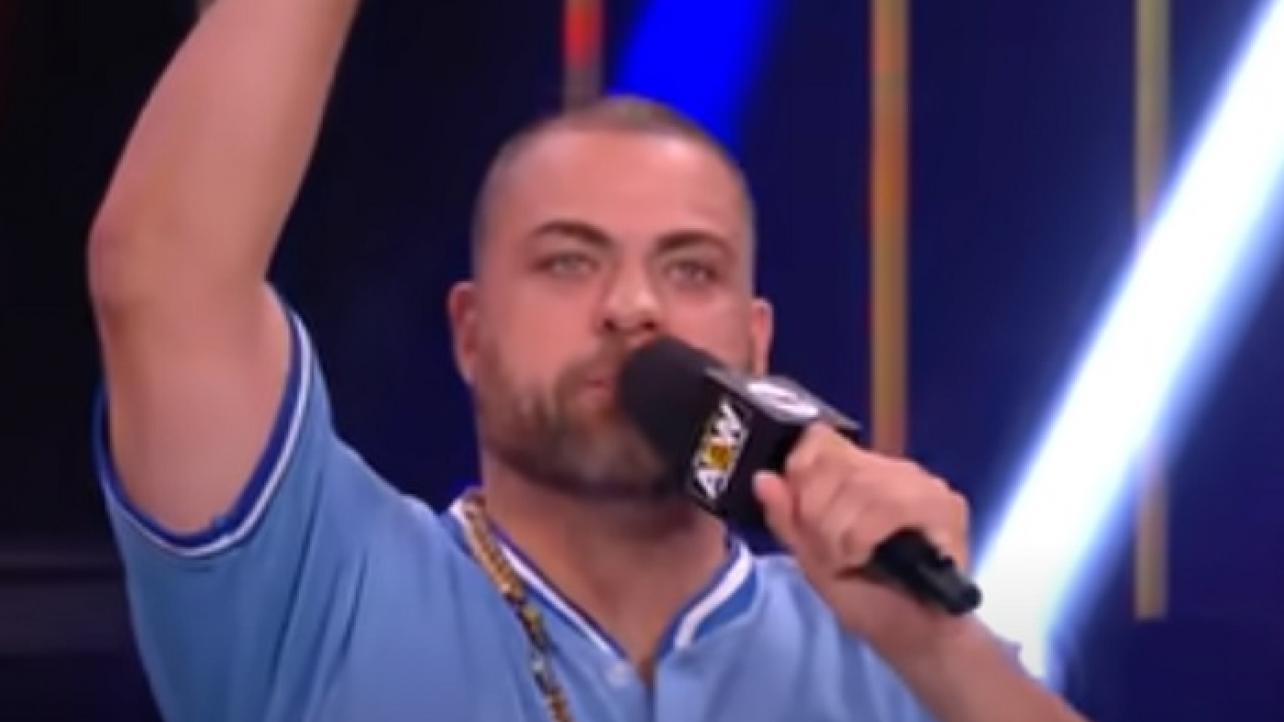 During the discussion, “The Mad King” spoke about his family support system, his new milestones for AEW and more.

On his family support system: “My mom and dad are just happy that I’m doing something that’s not illegal. My brother is just happy I found something that I’m passionate about,” Kingston said. “I didn’t see the future. They did. They saw a future for me in anything I wanted to do. But because of my low self-esteem and how I beat myself down mentally in the past — which I still kind of do, I’m working on that, but all that stuff — they’re just happy to see me doing something that’s positive. So of course they’re going to back me up on that, no matter what.”

On what his new milestones are for AEW: “New milestones, of course….[The goal] to be the top guy in AEW. I reached one goal. I made it to AEW, contracted, make it a living. My nephew can show people on the TNT app, there’s a plug, or on the AEW YouTube there’s another plug, he gets to show off that his uncle is a wrestler. I reached one goal. The next goal is to be the top guy. To be the champion. To be the guy on the posters. The guy that is AEW. That’s what Kenny [Omega] was. That’s what Mox was. That was [Chris] Jericho was. And that’s what ‘Hangman’ [Adam Page] is now. That’s always the goal.”