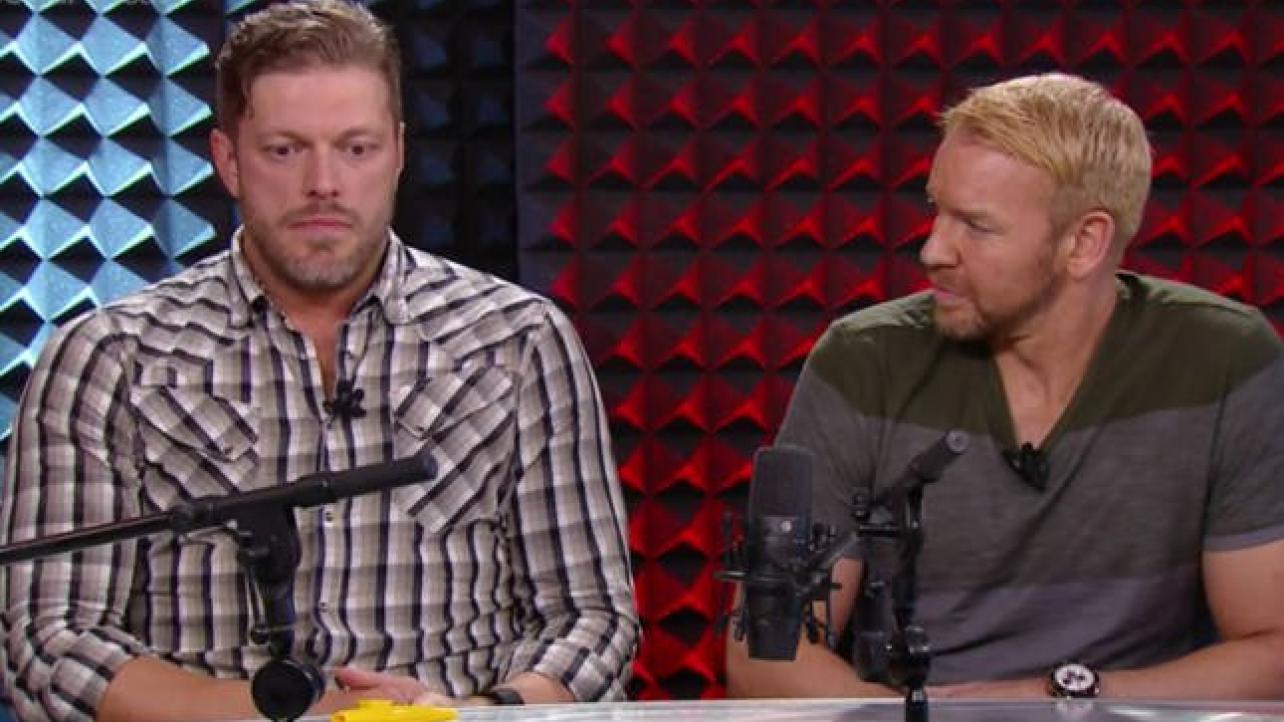 Edge & Christian Look Back At Montreal Screwjob, Thinking WWE Would Go Out Of Business

As noted, WWE Hall Of Famer recently appeared as a guest on Edge and Christian’s podcast, E&C’s Pod Of Awesomeness, for an in-depth interview.

As they explained during the show, Edge and Christian were just breaking into WWE when that iconic moment went down. Christian spoke about how he and Edge decided that night to watch the match from the crowd.

“The thing is, we decided that we wanted to watch this match in the crowd and we had been backstage the entire day,” said Christian. “So it was in Montreal, right? So they had the locker rooms there, you could walk out through these doors and you can kind of stand in the aisle way off the floor a little bit, but you’ve got a straight shot to the ring. So, we walked down one of those and watched it in the crowd, so to speak.”

Christian would elaborate, explaining how at that point in their careers and with their limited knowledge of the situation, he and Edge did not understand the finish in the match between Bret and Shawn that night.

“I remember when the finish happened,” Christian said. “It didn’t really register at the time. I just looked at Adam and I said, ‘that was kind of strange, wasn’t it? That was a weird finish.’ And then, we walk in [to the backstage area] and we see all these people rushing around and running around. It was a bunch of commotion and we didn’t really understand. We couldn’t grasp what had just gone down. It wasn’t until the next day.”

Edge recalled worrying about his job with WWE after the Montreal Screwjob incident happened. He spoke about how Bret claimed he could try and get him a job working at WCW, but he knew even back then that his dream was to be a WWE Superstar.

“Yeah, it was a strange time. I just remember [former President of WWE Canada] Carl Demarco saying to me, ‘you should go’ and going, ‘yep, okay! We’ll go.’ And we grabbed our bags and we left. And then, the next day, I think was Ottawa [Ontario, Canada] and we were the last to get that kind of word because I was in developmental,” said Edge. “It wasn’t like I knew anybody yet. Word got around and I just remember thinking, ‘whoa, okay. This is a game-changer and Bret helped me get here, so how does that all fall out now? Is that because I’m looked at as a Bret guy, am I going to be gone too? Is Owen [Hart] going to be gone? How does this shake out?’ I remember talking to Bret and he said, ‘you do what you’ve got to do. Don’t worry.’ He said, ‘worst case scenario, I’ll put in a word for you with WCW.’ I’d always wanted to get to the [WWE] and I felt like that was the place where I was going to get a shot, but it was a weird time for sure.”

Edge also spoke about how the incident left him wondering how the WWE locker room would be able to trust WWE management, and how the company would survive as a result.

“That just happened to the flagship guy, so how does the locker room have any trust now?” Edge said. “If you’re going to do that to Bret Hart, what are the chances of that happening to everybody else? Obviously, there’s more that goes into that. There [are] different sides to the story and all of those things, but I remember thinking, ‘yeah, this is where I want to be, but this might be a weird place to be for a long time if there’s still a place to be.'”

Edge & Christian Look Back At Montreal Screwjob, Thinking WWE Would Go Out Of Business