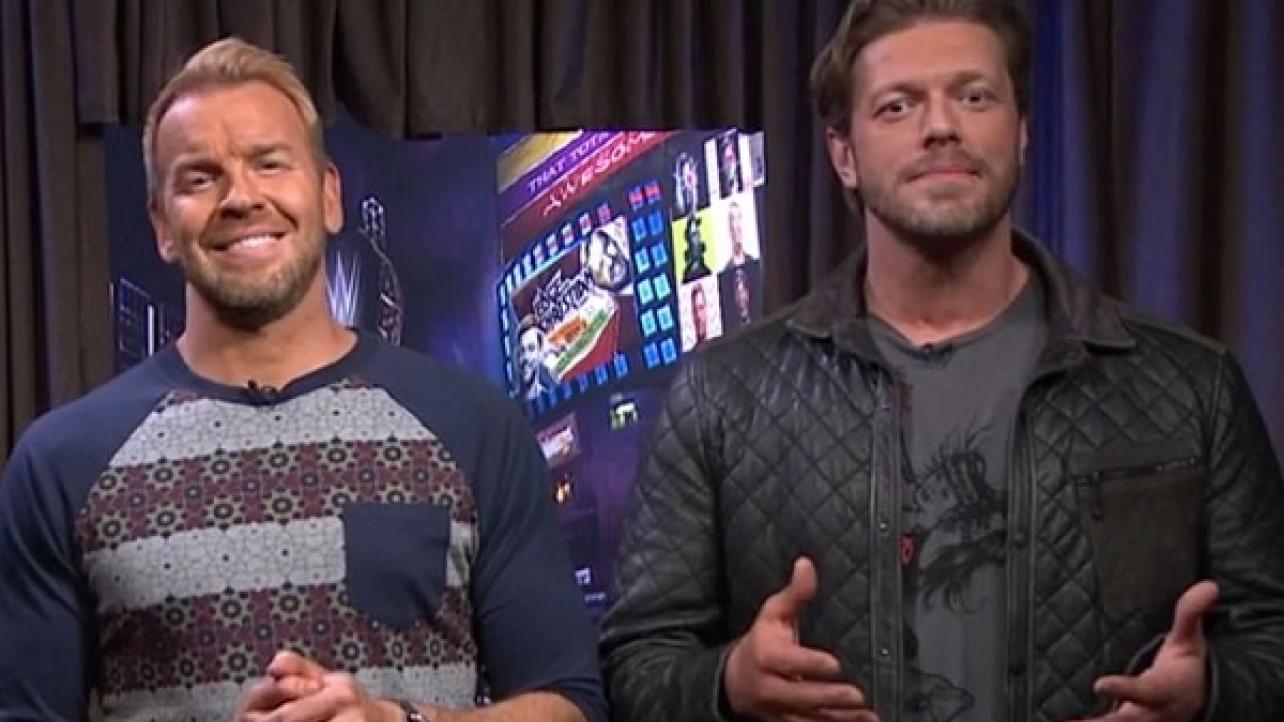 On a recent episode of the Edge and Christian podcast, E&C’s Pod Of Awesomeness, the WWE legends spoke about the formation of the new All Elite Wrestling (AEW) promotion and their past interactions with AEW President Tony Khan.

As Edge explained during the show, Christian was the first person to tell him about Khan being a big pro wrestling fan.

“While I was asleep [on New Year’s Eve], big announcement, All Elite Wrestling. Yeah, New Year’s announcement.” Edge asked Christian, “Well, you’re buddies with that Tony Khan, right? I think you were the first guy who told me, ‘oh yeah, the son of the [owner of] the Jacksonville Jaguars is a huge [pro] wrestling fan.”

Christian then spoke about a lunch meeting he had with Khan in the past and noted that he just wanted to talk to him about pro wrestling most of the time.

“Well, I’ve met [Khan] a few times,” Christian said. “I met him, strangely enough, through Chris Nowinski, actually. And, yeah, I had a little meal with Chris Nowinski and Chris brought him and he was telling me about stuff in matches that I had that I don’t even remember happening. I mean, that’s how big of a fan he is and he just wanted to talk to me about wrestling. And I was kind of more interested in the football side of it, so I was talking to him about football and he kept trying to switch the subject back to wrestling, and I kept trying to switch it back to football. Anyways, at one point in the conversation, I tried to talk him into firing his GM and hiring me as the General Manager of the Jacksonville Jaguars.”

Christian went on to elaborate on Khan, noting he has the money and the passion for the business to make the new AEW promotion a success.

“Yeah, it’s pretty big,” Christian said. “Well, I mean, obviously, they’ve got the money for it, right? I mean, [if you own an NFL franchise] and also a football team in England as well. [Khan] obviously has a passion for [pro wrestling]. Having talked to him before, he’s a fan of it. And you have young, ambitious guys like Cody and The Young Bucks involved and you saw the success they had with ALL IN. So, like I said, it’s very ambitious, but all the luck to them. It’s never bad to have places for guys to go out there and apply their trade, guys and girls.”

From there, with noted signings such as Cody, The Young Bucks and Chris Jericho, just to name a few, Edge spoke about his interest in seeing who ends up signing with the upstart promotion as time goes on.

“It’ll be interesting to see who else they’re able to pluck from the indie scene and also who knows with contracts coming up and all that stuff,” said Edge. “It could get interesting.”

Check out the complete episode of the E&C Pod Of Awesomeness featuring Edge and Christian’s discussion of the new All Elite Wrestling (AEW) promotion below, or at WestwoodOnePodcasts.com.