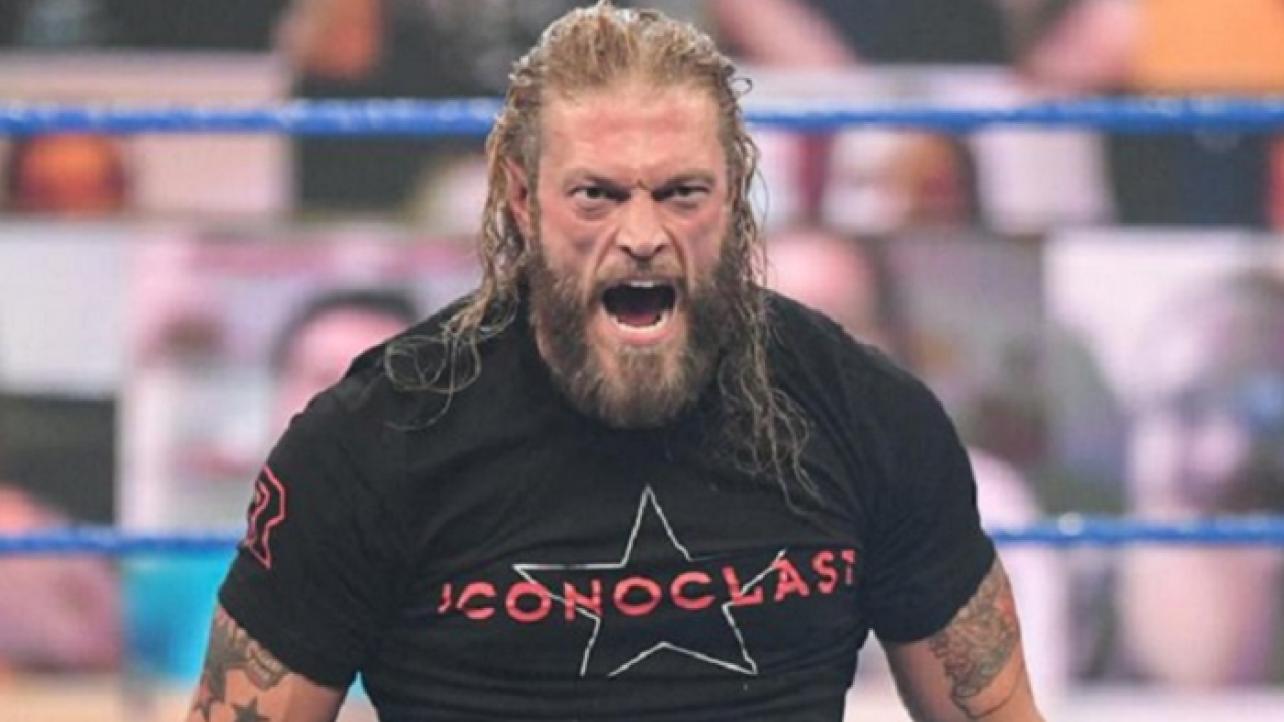 Ahead of his match on this week’s WWE blue brand show, “The Rated-R Superstar” took to social media to issue a lengthy statement.

Prior to this week’s edition of Friday Night SmackDown, WWE Hall of Fame legend Edge released a statement via his Instagram page about teaming up with Rey Mysterio and Dominik Mysterio on this week’s WWE on FOX program.

The statement reads as follows:

“This Friday I get to do something I never thought I’d do again. Share a ring with @619iamlucha and team with his son @dominik_35 for the first time ever. I don’t want this to get too syrupy but let’s face it, I don’t know how much longer Rey or I do this crazy thing called wrestling. I do know the window is closing. So this Friday on Smackdown, I’m gonna savor it. I get to share the ring, maybe for the last time, with my dear friend who I can honestly say I love. We’ve been through a lot together over the years. We’ve won tag team titles together, battled each other(one of my favorite opponents), laughed until we cried and lost dear friends. But I know that chemistry we’ve had since day one will still be there. Rey is a living legend. It’s tossed around too much, but in this case it is without one iota of a doubt, true. And to be here for even a tiny part of Dom’s ride? Man, I’m so proud to go out there with them. In front of our people. Finally. Can’t wait Houston. Can’t wait.”

Check out the post from the official Instagram page of Edge via the post embedded below, and make sure to join us here at eWrestling.com on Friday for live SmackDown results coverage.