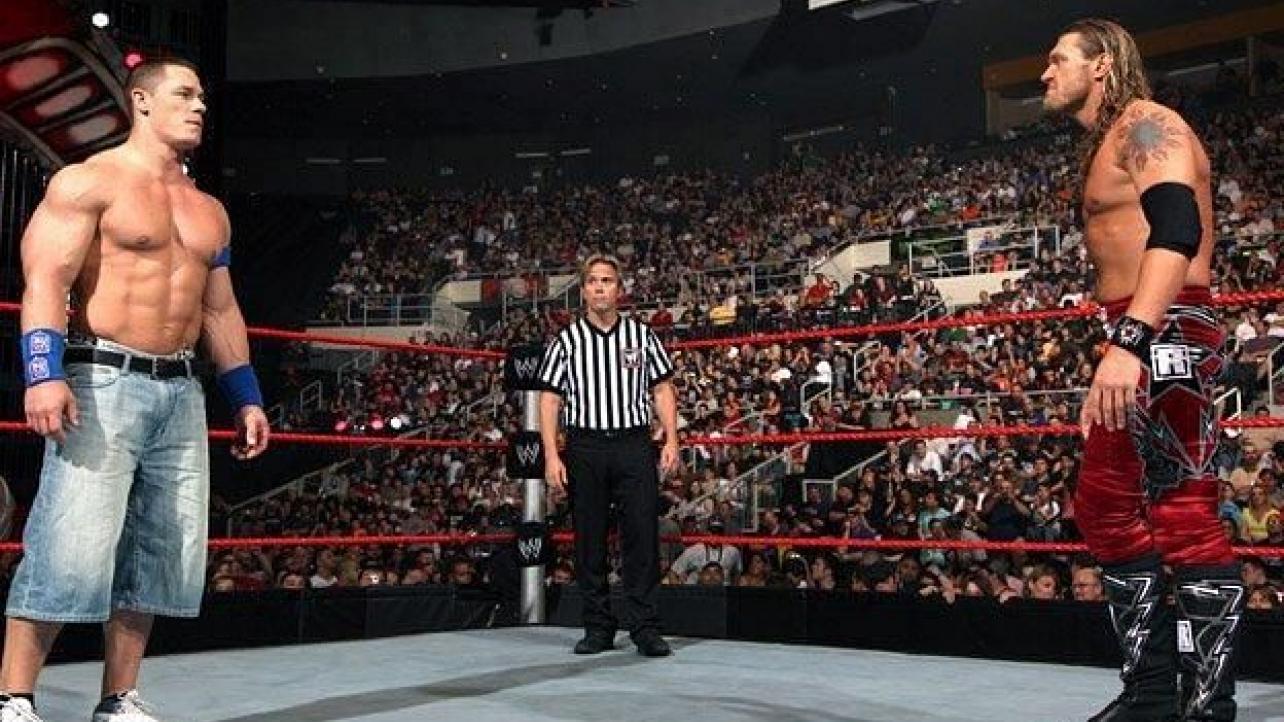 Edge On John Cena: ” We Just Clicked In So Many Aspects”

WWE Hall of Famer, and current Smackdown Superstar Edge, recently appeared as the guest on Out of Character with Ryan Satin. During the discussion with Ryan, Edge discussed his rivalry with 16-time World Champion John Cena, as well as his upcoming Universal Championship bout.

Edge revealed his program with John Cena was initially supposed to be a short term feud, and explained why it turned into so much more than that. The 11- time World Champion said:

“I think John Cena and I crossed each other’s paths at one of those lightning in a bottle moments. Sometimes, you just don’t know. If you had told me a year or two earlier that would happen, I’d go, ‘Really? Huh.’ But then when we tested it out there with New Year’s Revolution – it was supposed to just be a short-lived thing, and I drop it three weeks later at the Rumble and we split our separate ways. But just in that time, I think everyone realized there was something here. Hulk Hogan needs his Roddy Piper, and Roddy Piper needs his Hulk Hogan. I think every era has that. I’d like to think that’s what this became for that era. It was the Yankees/Red Sox, it was the Leafs/Canadiens. It was just one of those things you keep going back to because the chemistry was there, and it was pretty undeniable. We just clicked in so many aspects. We both looked at the business in the same way and both lifelong fans. He absolutely accepted that hero role, and I absolutely accepted that slimy, villainous role. For something to work at that level, that’s what you need. You need fully committed performers to understand what their task is.”

“The Rated-R Superstar” then took time to speak about his upcoming Triple Threat match for the WWE Universal Championship. The 2021 Royal Rumble winner shared his thoughts on the unique story each participant has, stating:

“It’s almost hard to try and tell the story of heroes and villains in a way because you’ve got these three guys who had some pretty big lumps thrown their way but managed to navigate them and take the blows and shake it off. But if you had said four years ago that there was the possibility that the three of us could be main-eventing WrestleMania, I think most people would say you’re crazy. It’s weird because this is one of those instances where it’s more than Roman Reigns, Daniel Bryan, and Edge. That kinda goes more to Joe, Bryan, and Adam and just how crazy it all is. And I guess speaks to how stubborn the three of us are. It’s just a different mindset, and I respect the hell out of those guys because we’ve all been through stuff.”

Who do you think will win the WWE Universal Championship match at “The Show of Show’s”? Sound off in the comments section!

Edge On John Cena: ” We Just Clicked In So Many Aspects”