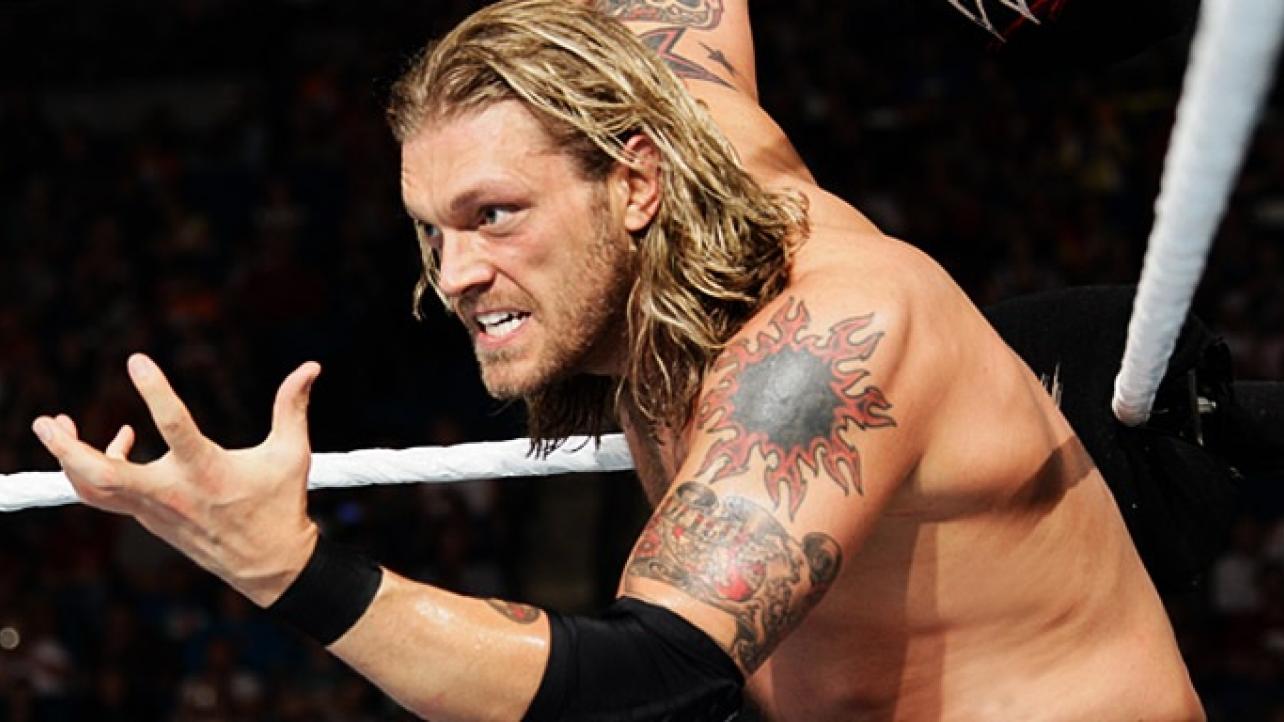 During the latest episode of E&C’s Pod Of Awesomeness, WWE Hall Of Fame Adam “Edge” Copeland spoke about Daniel Bryan getting medically cleared to return to WWE.

As Edge explained, he’s not sure how to react to the news. Of course, he is happy for his friend, but he is also worried about whether or not it’s the right move for him at this point in his career.

Seriously though, it’s a weird thing. Like, I don’t know what to make of it, to be perfectly honest.” Edge said, “I’m happy for him, I just hope, I hope, he’s okay. That’s my biggest concern.”

Edge also spoke about how poetic it is that Bryan is able to return the same time WWE returns to the place he had his last high-profile match.

“It was New Orleans where he won the world title really at the peak of his popularity and three years later, here we are going back to New Orleans, the same building.” Edge I mean, it’s storybook, right? There are certain moments that kind of transcend passed the confines of what pro wrestling is.”

Edge continued, explaining that WWE has done a good job of protecting wrestlers from themselves.

“I mean, [Bryan being cleared] wouldn’t happen unless [the doctors] all agreed.” Edge added, “that’s a great thing about where the WWE is at and their protocols on things right now. And it’s weird. It’s almost like [Christian] and I are the ones who’d get tweeted at the most, besides Bryan, about this, and I got inundated, man.”

Because Bryan was allowed back in the ring, Edge has been asked by fans why he doesn’t pursue a potential return to the squared circle. As he explained during the show, his injuries are actually worse than Daniel Bryan, Kurt Angle and Shawn Michaels.

“I got that, ‘well, he’s back, so you can come back, right?’ And I thought, ‘oh my God, we’re going to get into this again!'” Edge explained, “I greatly appreciate that people would like to see me have one more match, or comeback, or ‘Daniel Bryan got cleared, so why can’t you?’ I will never be cleared. Mine is a completely different injury. He had neck issues, but it wasn’t his neck issues that retired him, actually. It was the concussion issues. I never had concussion issues. What I have is cervical spinal stenosis. Look it up. I have stupid neck. Look it up. You can look up ‘stupid neck’ and it’ll probably be a picture of my neck. Just do me a favor. Look it up and you’ll realize that the WWE will never clear me to compete again. And I appreciate it, but that’s all there is to that. They’re different. Kurt’s injuries were different than mine, Shawn’s injuries were different than mine, and I know they’ve all come back and done matches. Mine’s different. For lack of a better term, mine’s worse, so there you go.

“Here’s my thing: I know I couldn’t [be cleared] and I also know I couldn’t come back and compete at a high level! So double barrels there, and that’s the thing with where Bryan was in his career, and with what he had accomplished, and what he still wanted to accomplish, and the age difference, and all of those things.”

Check out the complete episode of E&C’s Pod Of Awesomeness at Art19.com.