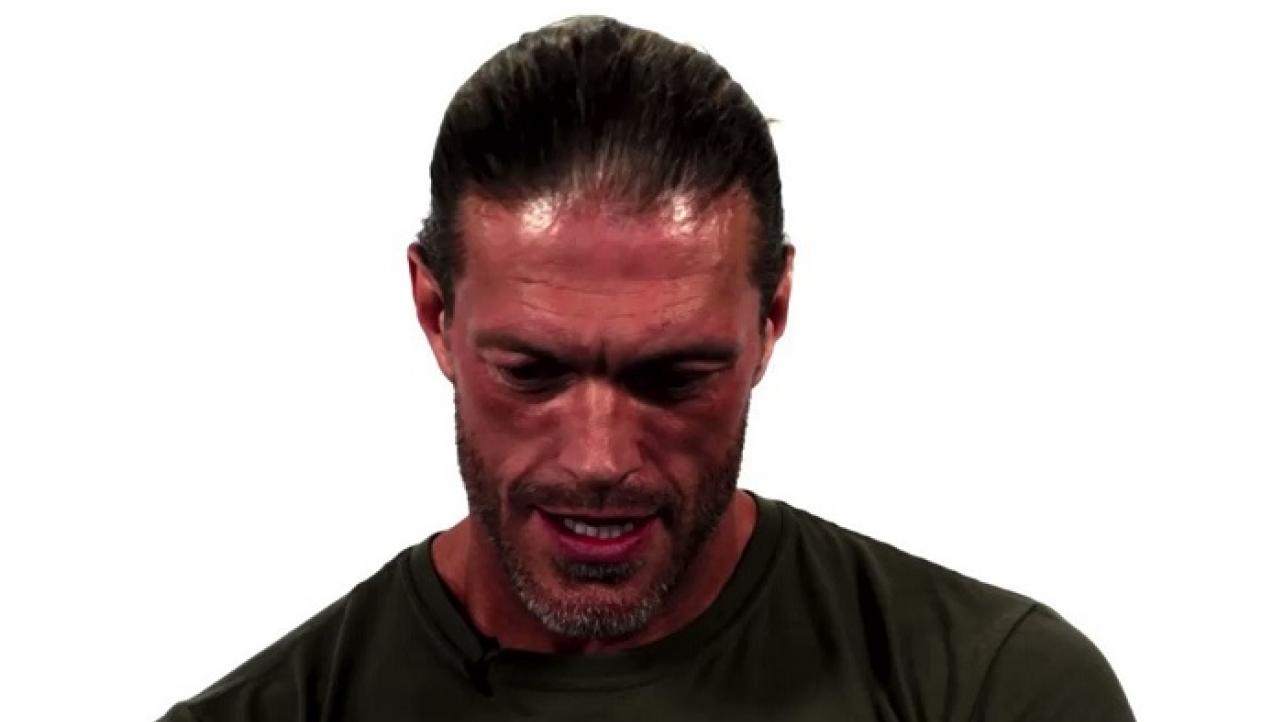 The Rated-R Superstar recently reflected on being what he described as “his own worst enemy” in terms of doing long-term damage to his body and health during his initial run with WWE.

As noted, WWE Hall Of Fame legend Adam “Edge” Copeland recently appeared as a guest on the Sportsnet 31 Thoughts podcast for an in-depth interview covering all things pro wrestling.

During the discussion, Edge talked about the damage he did to his body during his first runs with WWE before officially retiring, and how he was essentially “his own worst enemy” because he was willing to do any dangerous spot that was pitched to him.

Featured below is an excerpt from the interview where Edge talks about this particular topic.

“I realized that it was repercussions now, because up until, yeah, you just assume, ‘Yeah, I can do that. I can get through that.’ I did not listen though. That was my main problem is I just continued to go, ‘Okay, right. Spear through a flaming table with thumbtacks in my back? Got it, okay. An A.A. [Attitude Adjustment] off a ladder through two tables in Toronto? Yeah sure. Oh, a Last Ride powerbomb off a ladder through two tables? Yeah got it.’ Now by this point, all those things that I said, I already have a fusion in my neck, but I still did ‘em. I was my worst enemy a lot of the time, then it was taken away and pulled from me and in coming back this time, I realized that I need to finally listen and in listening, hold on a second, I can tell better stories I think because I can tell those stories with my eyes and I can tell those stories with my promos and I can try and be more nuanced and layered and bring in elements that I learned in nine years of acting and, ‘Hold on a second, maybe I can be better than I was,’ without leaning on, ‘Yeah, I’ll go through two tables. Got it, no problem.’ Well it is a problem because it hurts.”

Check out the complete episode of the Sportsnet 31 Thoughts podcast at Sportsnet.com. H/T to PostWrestling.com for transcribing the above Edge interview quote.