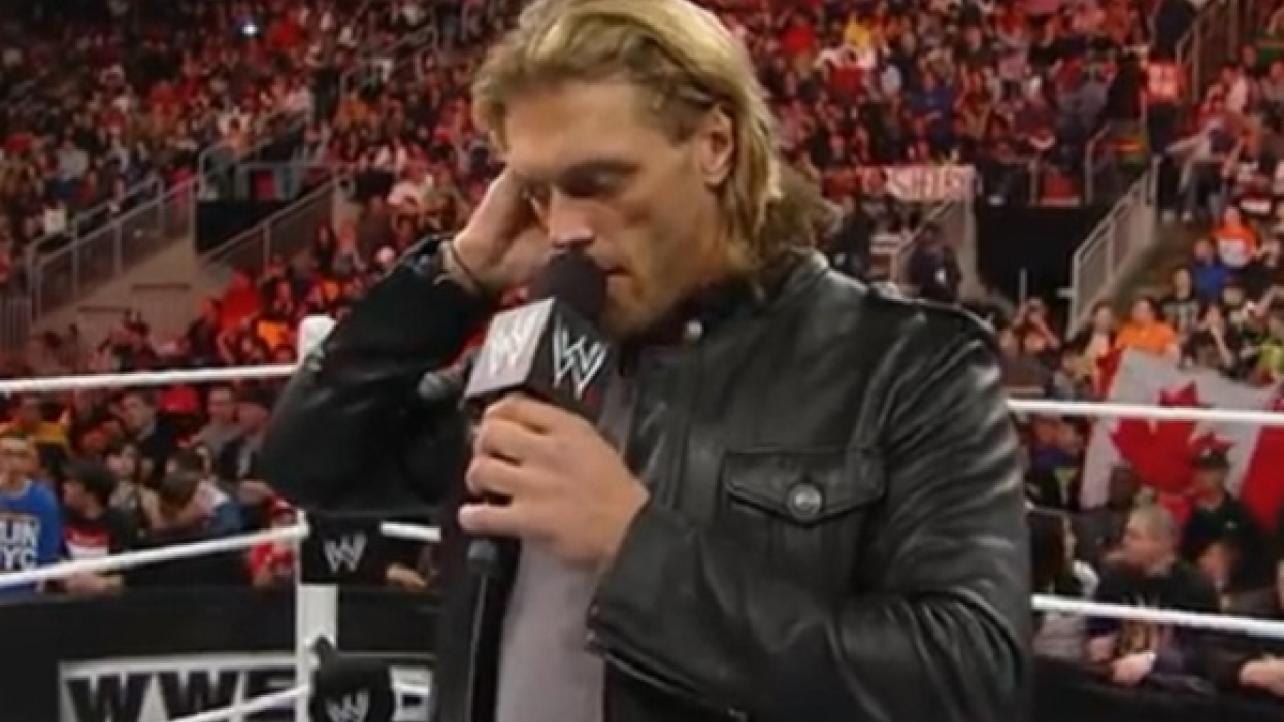 Edge Reveals Who Gave Him Hardest Chops During His WWE Career

During a recent episode of his podcast with Christian, E&C’s Pod Of Awesomeness, WWE Hall Of Famer Adam “Edge” Copeland told a story where he revealed who gave him the stiffest chops in a match during his wrestling career. Featured below is an excerpt from the show.

On who has given him the hardest chops in a match during his wrestling career:

“You know whose would really hurt? Chris Benoit. Again, I remember one night in Montreal, Canada they had done a deal where it was a house show and they did a Battle Royal first match of the night, and the winner of that Battle Royal they would face me in the main event. Chris Benoit goes over in the Battle Royal and he and I go into the last match.

“Prior to I already had the cold and the flu so right in the beginning of the match he came up and chopped me and hit me right in the throat and I just remembered thinking, oh my God. I don’t know what is happening to my throat. It just hurts so bad. Later on he hit me with an enzuigiri and I don’t remember the rest of the match after that, I only remember snot and blood coming out of my nose after a German suplex. These weird instances and glimpses you would get, and I just remember snot and blood flying through the air and thinking, oh, well there you go. I finished the match and then drove to Toronto, Canada from Montreal afterwards.”

Check out the complete episode of E&C’s Pod Of Awesomeness at Art19.com.

Edge Reveals Who Gave Him Hardest Chops During His WWE Career