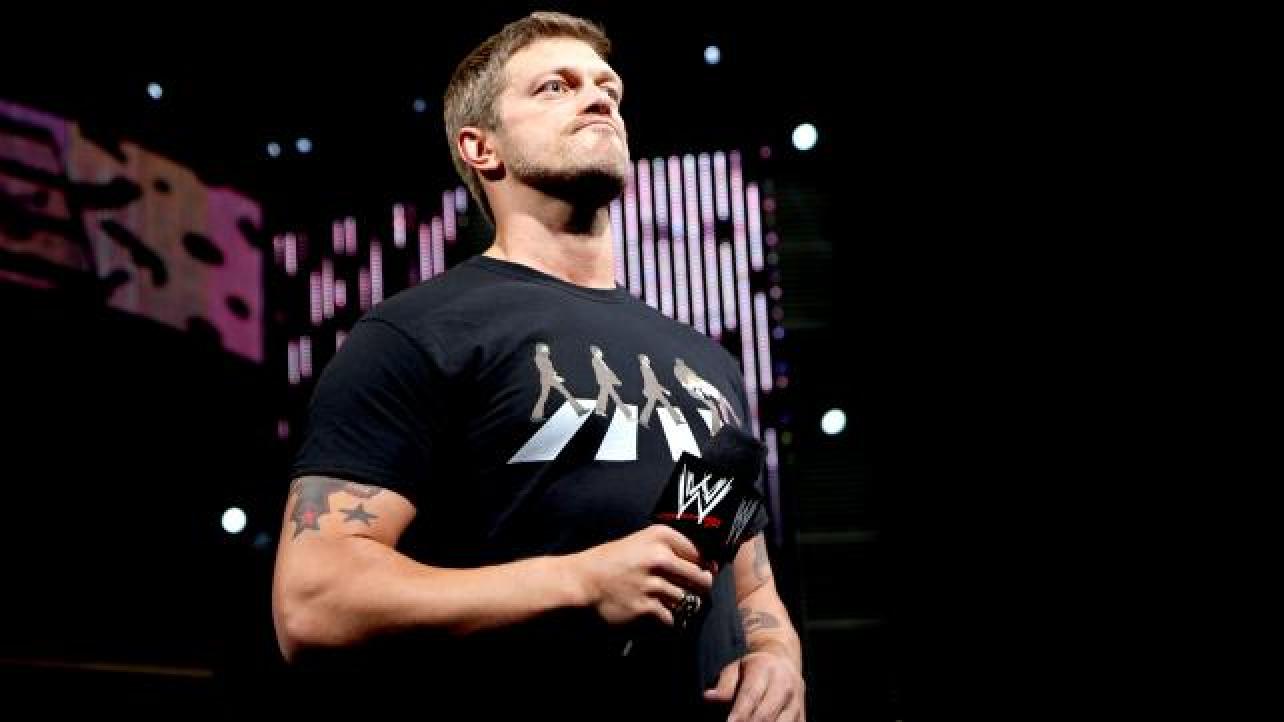 WWE Hall Of Famer Edge (Adam Copeland) continues to make the media rounds to help spread the word about the release of the new WWE Studios film “Interrogation,” which stars himself and fellow WWE performer, Lana (Catherine “C.J.” Perry).

The former multiple time WWE Champion recently spoke with Mike Jones on DC 101 out of Washington, D.C. for a radio interview to promote the movie.

When asked why he chose this film out of all the movies the WWE Studios division have produced over the years, Edge offered the following response.

“When I got the script, that was the clincher, it was the story. I mean yeah, it’s got gun fights and it’s got fight scenes it’s got car chases, it has that kind of intrigue. But it’s also a thriller in terms of these intense interrogation scenes. As a performer, I was like, ‘Wow this is an eight page scene of dialogue. This is what you want!'”

Regarding Lana, who doesn’t have as much experience in the acting world as Edge, the WWE Hall Of Famer claimed that she was a total pro on the set and while shooting scenes.

“She got thrown right in the frying pan. She landed and it was ‘let’s go’ and got all of her scenes done in five days before having to go right back out. She came in prepared and got it done.”

On having two baby’s at home along with Beth Phoenix and how it has affected his ability to watch WWE programming live. As Edge explained, his only real options in terms of watching and enjoying WWE programming is to do so when he finds free-time, on demand, via the WWE Network.

“If I do, it’s gotta be with the network. Nothing’s really live anymore because at home, we’ve got two baby girls and that’s what I’m doing. If I’m at work, that’s what I’m doing. We film over in Ireland and if I have downtime in the hotel room and with the time difference if the girls are asleep, then I say ‘ok, let’s see what’s going on with wrestling.’ And that’s how I’ve been catching up in bits and pieces.”