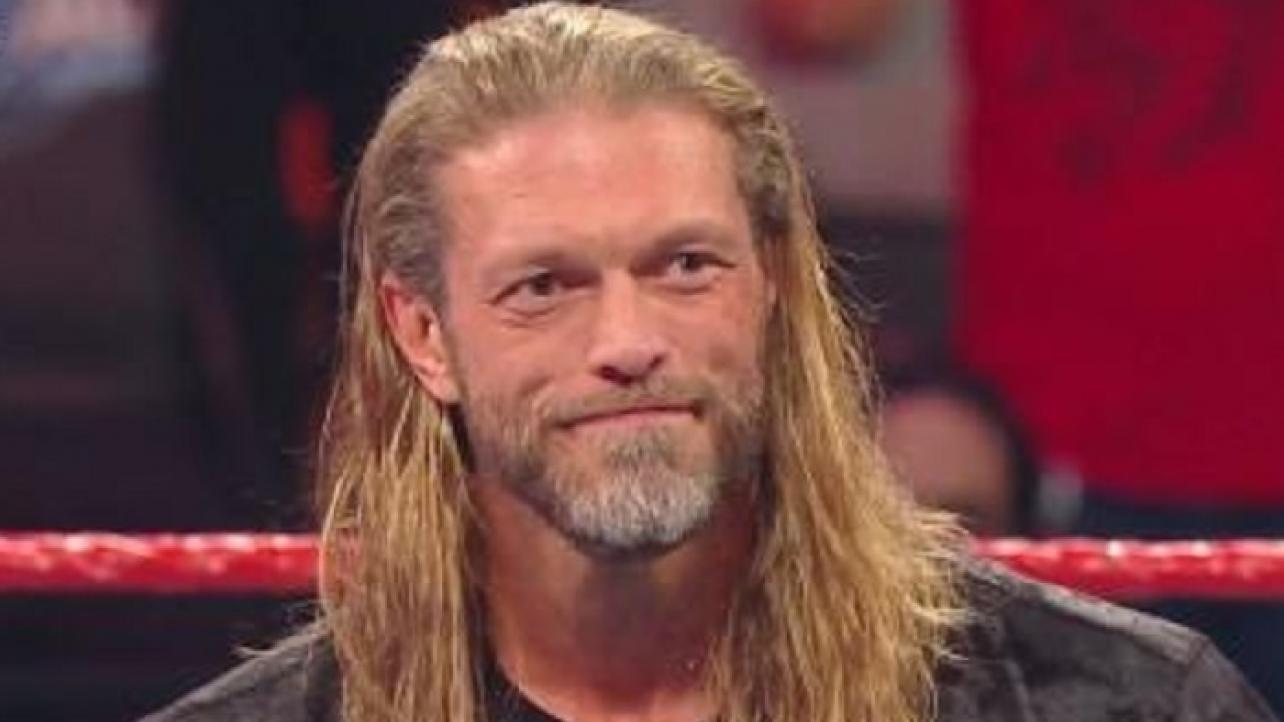 Edge Talks About Being Cleared To Wrestle, Keeping His WWE Return A Secret

Edge was recently interviewed by ESPN, where he discussed returning at the Royal Rumble, secretly training for his return and WrestleMania.

Featured below are some of the highlights of ESPN’s discussion with “The Rated-R Superstar”:

His return at the Royal Rumble

“Once the music hit, and that reaction … I mean, I truly feel like I could have beat King Kong’s ass. It was all surreal, kind of like a dream sequence, but everything’s so focused and hyperfocused that I can’t really explain it. But I think when you look at the video of me walking out, I think you see it in my eyes. As soon as I slid in the ring, it went right into just instinct. That’s when all nerves dropped and everything just went back to, ‘This is what I do. This is what I know better than anything else.’ I’m running toward a guy that I just have so much chemistry and history with. It had to start with Dolph Ziggler. He set the entire tone for this whole thing with that one bump he took from the spear.”

On when he realized he could return to the ring

“It started dawning on me that this could be a possibility when Sheamus came to town, and we were filming an episode of his Celtic Warrior workout show. He wants to do different challenging things that he hasn’t done before, and I love to mountain bike. … In the process of doing that — this stupid competitive thing — I’m flying down a mountain, I hit this one jump, and I wiped out. It’s a pretty gnarly wipeout. I was going probably 20, 25 mph, landed on these stones, rolled right up to my feet. But I’m fine. I was all cut up, but my neck was fine. Couple that with doing all of these fight scenes over the years on sets — some pretty physical stuff, especially with ‘Vikings’ — and I thought, ‘OK, I feel really good.'”

On getting cleared to return

“My family doctor just said, ‘Let’s get some pictures on it, just see where you’re at, and we’ll see a spine specialist here in Asheville.’ [I] did that, met with [the specialist]. He said, ‘Keep doing what you’re doing. Obviously, it’s working for you,’ and that’s when I floated out the, ‘But what about wrestling? That’s when we started to realize this could actually happen.” (The article adds that he met with Dr. James Andrews and Dr. Andrew Cordover before getting the green light from WWE’s lead physician, Dr. Joseph Maroon and his team in Pittsburgh.)

On training for a return in secrecy

“I talked to [Triple H, Paul Levesque], and I said, ‘I can’t go to a ring anywhere because people will start seeing me. I can’t go to the PC.’ So they sent me a ring. I got a warehouse space, and I set up a ring and basically had my own personal ‘Field of Dreams,’ and I just got in there and got to work. Thankfully, I’m married to another Hall of Famer who can pick up and body slam me, which you can’t say for a lot of wives. The Revival, they both live in Asheville, so they’d come, and they’d get in there with me, and they’d put me through my paces. I was keeping up with them. I wasn’t tired, and I wasn’t sore, and I thought, ‘OK, this is going to happen, and this is going to happen at a level that I wanted.’ I didn’t want to come back and be anything less than what I was. I’m going to have to work differently. I’m going to have different limitations … I still want to be able to go in there and be able to go half an hour.”

Coming back with wife Beth Phoenix training with her

“What was incredible about it is Beth got asked to do the women’s Rumble four days before it. All of a sudden, it goes from, ‘Oh, my gosh, I’m getting ready for the Rumble after nine years,’ to, ‘Oh, man, we’re both doing this. Holy crap.’ But it was so much fun. What a moment that you’ll never have again. As husband and wife, both retired, both Hall of Famers, we had really just assumed it was all done, and for it to suddenly be back in our laps, we both love this. She knows me so well that she was able to pick up on when I needed that boost and when I needed that support. I said through this whole thing, she’s my Adrian. She just knew what to do for me to remind me of what I did and what I can still do.”

On having to juggle their activities away from WWE

“It’s been a lot of juggling but we’re a team. We’ve always tried to do whatever we can to make sure that one of us is home. … We need to get those creative things out in order to feel complete and in turn make us better parents, I think. Beth would fly to NXT, I’d get the girls ready for school, I’d drop them at school. I’d go home, work out, go to the ring, go back and pick them up. Then on Thursdays, I would drop them off at school. I’d go get Beth, we’d go straight to the ring, she’d be running on two hours’ sleep, and we’d wrestle and then go back to the house and work out, then go get the girls. Just mapped it out — a lot of dry-erase notes on the fridge — but it was a good challenge because my top priority is to be Dad, and everything else falls behind it.”

On being a part of WrestleMania again

“For so long, I never thought this would happen again, right? What that taught me is to appreciate it all. And no matter what it is, you pull the positives. That’s all you can do. The positives are always there. … And it’s a strange time, but it’s also a time where we can hopefully help people for a few hours enjoy themselves. And for me, as a performer, that’s an honor and a privilege, and that’s not lost on me after not being able to do this particular form of entertainment for nine years. Is it disappointing that it’s not in front of an audience? Of course it is. I’m not going to lie. But at the same time, I look at the challenge, and I go, ‘OK, how do you tell a compelling story?’ And in my mind, I picture everyone at home and how they’re going to react and how they’re going to come out of their chairs and how they’re going to get angry and just get lost in it. And if we can do that, then that’s all we set out to do.”

Edge Talks About Being Cleared To Wrestle, Keeping His WWE Return A Secret