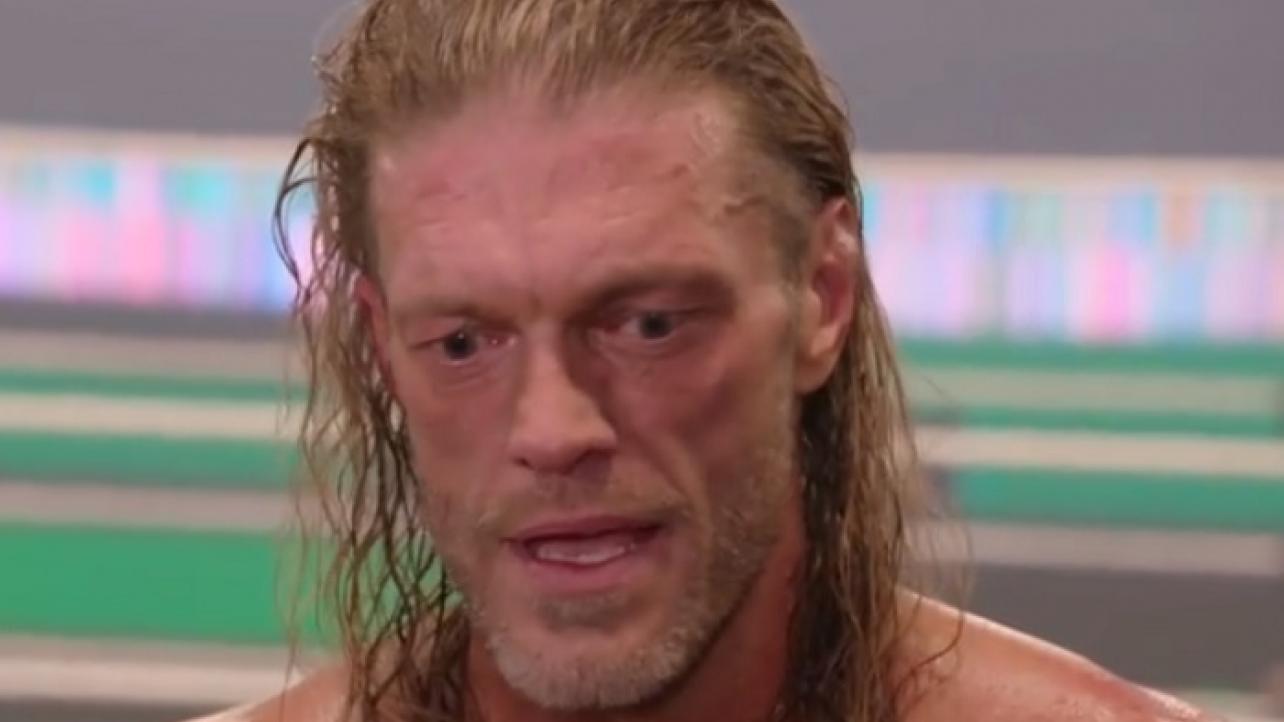 Edge recently spoke with the folks from talkSPORT for an in-depth interview to promote his WWE Universal Championship match against current title-holder Roman Reigns and Daniel Bryan at night two of WrestleMania 37.

During the discussion, “The Rated-R Superstar” spoke about the original plans WWE had for his match at WrestleMania 37 this year, why they got changed and why he is actually happy with how things turned out.

On being happy with how things turned out despite the change in the original direction: “And honestly, I go from thinking I’m wrestling Randy Orton at WrestleMania, which is a dream, to wrestling Roman Reigns and Daniel Bryan at WrestleMania for the Universal title – that’s a dream too. All courses changed. That’s just what happens sometimes and you have to be adaptable and as much as I get an idea in my head and I’m like ‘we have to see this through!’ I have to understand that there’s more too it. There’s multiple characters and it’s like a chessboard. So it’s like OK, where can I put this character and this character and this character to make the totality of the card something our fanbase is happy with.”

On how the story ironically enough writes itself in many ways: “So, a lot changed, it did! A lot of it was timing and a lot of it was I come back and the Rumble takes place 11 years to the day from the last time I won the Rumble, then the second night of WrestleMania is 10 years to the day from when I announced my retirement. You can’t write that stuff! So when you see that it’s like I guess that’s the direction we gotta go, right? Because that only happens once. You only get this opportunity to tell this story once. So I think that’s a really fun aspect, let alone the aspect where you have three guys in the main event that have been told they got to go home or that they can’t do this anymore, and yet, here we are.”

Check out the complete interview at talkSPORT.com.