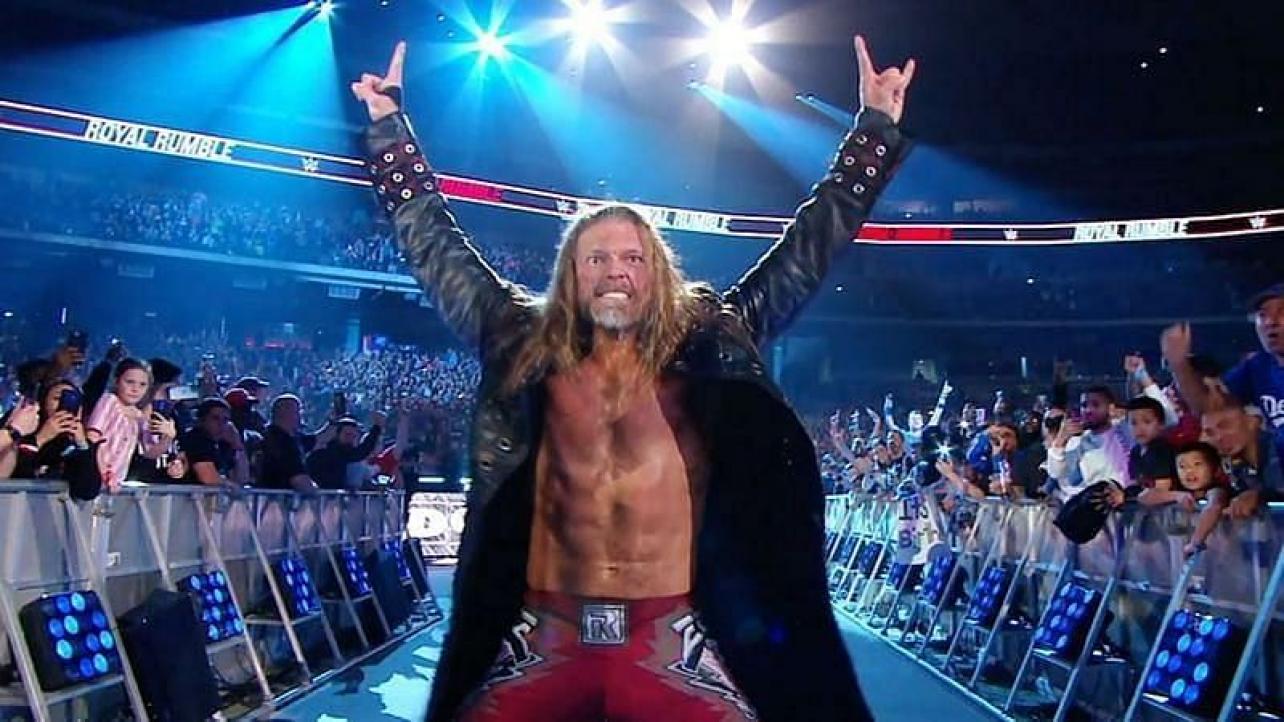 Talks about less part-timers being on the card:

“A large segment of our fanbase always says, ‘Part-timers always clog up.’ Well, they aren’t this year, but then you’ll get people complaining that they aren’t there. You can’t please everybody. It’s just the nature of the beast, but I do think it’s a great opportunity for a lot of talent to really get a chance to step up, and that’s exciting. As a talent, personally before, I was always excited when those guys came back. For instance, WrestleMania 18 in Toronto, [Hulk] Hogan – Rock, are you kidding me? I’m excited about that because I’m a fan, and to me, with those guys back, that’s more eyeballs and if I’m not on the show, then I just got to do more to get on the show. I always took that responsibility upon myself, but this year, the chains are off. It’s a fun opportunity to see a Cesaro get the kind of chance he’s getting, to see Matt Riddle and Sheamus. Bobby Lashley, after all of these years get an opportunity to walk into this as WWE Champion at 44, that’s incredible. Then you got Sasha [Banks] and Bianca [Belair] who are breaking boundaries”.

On why he shows up to work every week:

“There’s a lot of exciting and fun elements, and it almost feels like, I don’t want to say a rebuilding phase, but it almost feels like, okay, here’s this group, and we’re moving forward now. And for whatever reason, my old butt from the past generation is in on this ride too. That’s super exciting because I want to be on this ride with everybody. That’s why I am showing up every week. That’s why I’m doing the same schedule as everybody else right now because if I’m asked to be in this position, that’s what it entails, and at the end of the day, I love doing this.”

“For me, it’s more the promos. I write my promos, and I’m very very hands-on with those because to me, I got to feel it. And if someone else writes it and I’m just reciting it, I can’t feel it, and this is a different thing than it is to be on a TV or a movie set. You got a script, and it has to follow all these different narratives. Wrestling is different in that regard because you’ve played this one character for 20 years, and no one’s going to know that character more than you because you’ve had to live in that skin for that amount of time. So that’s one thing that I’ve really enjoyed because I love writing”.

Which promos he feels are “the good ones”:

“You have to find something that Adam can relate to so that Edge can pull these things off and hopefully make it something the audience wants to see or for an audience to go, ‘Okay, that feels different,’ whether it’s the deliver, or the cadence or the intensity. Sometimes in a promo, my face gets beat red, and I’m feeling it and I am in the zone. Those are the good ones. So for me, more so than creative direction or who I’m in an angle with, I just want to wrestle everybody so send me whatever direction you want. I’m there, but the promos, I like to be super hands-on with that stuff.”

On his character shifting before Wrestlemania:

“When you find out it’s a triple threat, you go, okay, we both can’t play the underdog hero. That Rocky vibe and both pull that off. If you look at the both of us, well, that’s Bryan. That’s his thing. No one does that better than him, and I’d like to think if I could come at it with that little ‘Rated R’ vibe back, that gives me an edge that I think our audience was ready to see. I think we’re past, and here’s what’s difficult because we don’t have the audience to really know, but I think they were past this veteran who’s coming back. Can he do it? He’s questioning. They saw that with Randy [Orton], and that worked there. I thought it could continue to work, but I saw that it wasn’t, and then you throw Bryan into the mix, okay, he’s going to corner that market. Roman [Reigns] is cornering his market”

On finding a direction to approach the new story from:

“I have to find a direction to come from here, and to me, it’s neither heel nor babyface. It’s not hero. It’s not villain. It’s Edge, and Edge wants back what he never lost, and the character of Edge was always driven by the championship. Nothing else. It was so simple. Edge wants the title. That’s it. Doesn’t matter who has it. It could have been Batista. It could have been JBL. That’s what Edge wants.”