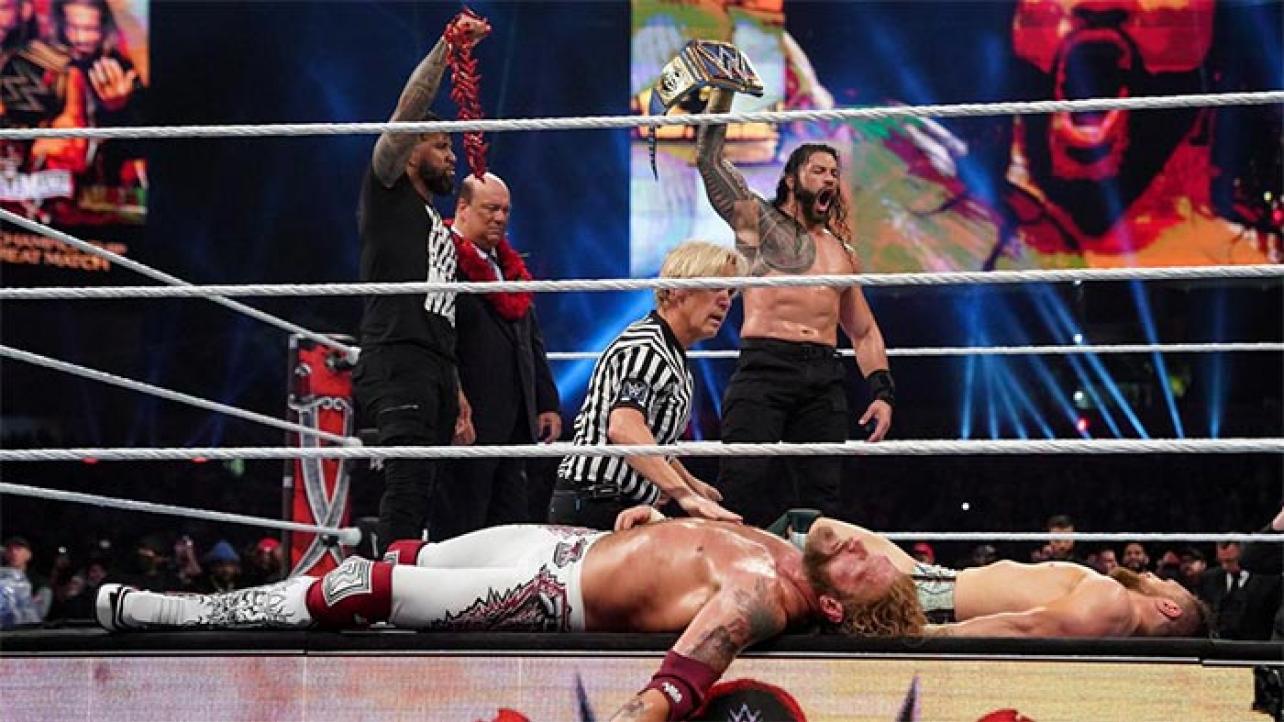 WWE Smackdown Superstar Edge recently phoned in for an interview with Inside The Ropes, where he spoke about Wrestlemania 37. During the discussion, the “Rated-R Superstar” revealed the opponent he had in mind for the event. Edge said:

The WWE Hall of Famer continued to talk about how plans changed, and how sometimes you just have to roll with the punches. Edge explained:

“All the courses changed and that’s just what happens sometimes, and you have to be adaptable. As much as I get an idea in my head and go, ‘We’ve got to see this through,’ I have to understand that there’s more to it, and there are multiple characters and it’s like a chessboard. A lot changed. It did. A lot of it was timing. I came back, and the Rumble takes place 11 years to the day from the last time I won The Rumble. And the second night of Mania is 10 years to the day from when I announced my retirement. You can’t write that stuff. So, when you see that, you go, I guess that’s the direction we’ve got to go because that only happens once. You only get this opportunity to tell this story once. So, I think that’s a really fun aspect.”

The 4-time WWE Champion, and 7-time World Heavyweight Champion also spoke about the Daniel Bryan being added into the main event of Wrestlemania. Edge mentioned when he found out the story between he and WWE Universal Champion Roman Reigns would shift in another direction, and told ITR:

“I think in the build to Fastlane was when we were told it was going to change to a triple threat. The three of us have not talked about it. I think it’s an unspoken thing that we all know obviously, and what’s strange about is our stories. The journey of Adam, Bryan, and Joe doesn’t help further the narrative. And it doesn’t help paint one guy as the villain and one guy as the hero. It can muddy those waters. All of that being said, if you look at our three stories outside of the characters, I think those stories help invest in the characters more because you know what these three men have fought, clawed, and scratched to get back this thing. All three of these separate journeys have thought, this is it. I know for me, this was it, so I can’t speak for them. I was done, and I was told I had no choice. To have three guys in the position of being able to main event after those stories, I’d like to think that helps you invest in the characters even more.”

What are your thoughts on Edge at the moment? Do you like the way the story played out? Sound off in the comments section!