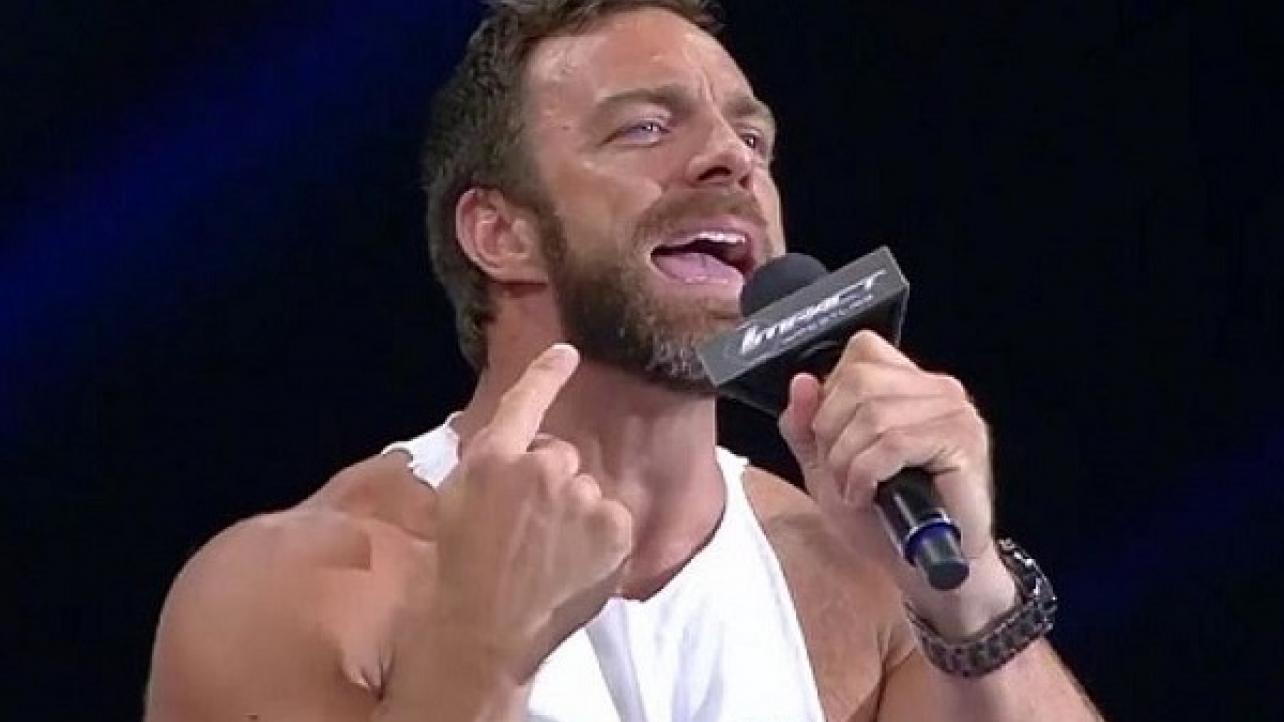 Impact Wrestling star Eli Drake recently appeared as a guest on the WINCLY Podcast and spoke with Wrestling Inc’s Nick Hausman for an in-depth interview. Featured below are some of the highlights.

On the 1/7 Impact Wrestling tapings, where an unexpected power outage led to him cutting a promo in the dark without a microphone: “Well, the funny thing was, I was completely comfortable in the sense that I was like, ‘Oh, this is fine. I’ll just go in, I’ll grab a microphone and I’ll talk.’ Until I realized that the microphone’s not gonna work because the power’s out,” Drake said. “So at that point, I was like, ‘Alright, well, we’re gonna make the best of it.’ And I just perched myself up on the turnbuckle and I was like, ‘Alright, I’m gonna start to tell a story.’ And I had no idea what I was gonna talk about or where I was gonna go, and then down marches Tommy Dreamer.

“So we kinda had a back and forth. I took a quick survey of who wants me to leave, who wants me to stay. I think they wanted me to stay, actually. And then they just brought a match out, and I think I stood in to be honorary bell ringer for a minute. It’s just, I’ve been doing this for so long and modeling myself after guys that I watched growing up. I feel like you gotta know how to roll with the punches and how to just be able to work and think on your feet.”

On Impact Wrestling moving from Pop TV to the Pursuit Channel and streaming on Twitch: “It’s an interesting dynamic because Anthem actually owns Pursuit so it makes it a little bit convenient in the sense that, now there’s a little bit of freedom as far as what we can do for simulcasting. That’s why we’re able to do Twitch at the same time, so anybody who doesn’t get the channel can also catch it on Twitch.

“And Pursuit is – I guess a bit of an outlier of a channel in a sense. [You can’t watch] unless you have particular provider, but again, like I said, you can do that on Twitch, you can do that on GWN when it goes later. But I think it at least gives us some freedom to do what we want, since it’s our channel. And I think that’s kinda cool in a sense because now you can really, kinda let the dog off the leash in a certain sense, creatively. And see where that goes and then that can bode well for future endeavors.”

On lucrative financial business from television advertising keeping cable deals in the wrestling business a necessity: “I think it’s still necessary only because the biggest advertisers are still in television. I think that there is eventually going to transition in to a way where – I think cable is eventually going to go the same way as just regular radio. Where people still listen to it, it still exists, but for the most part, they’ve got MP3, they’ve got satellite radio, they’ve got Pandora. All that kinda stuff. So I think it’s going to become something more like that, where streaming – that’s gonna kinda be the thing.

“So I think the company that can really get to that, and really push that and find a way to monetize that properly to where it can actually replace television, that would make television obsolete. But I think for now, television is still very important again, because you’re running a business at the end of the day and you need money for that, and the money, for the most part, the best amount of money you’re gonna get is from television advertising.”

Check out more from the Eli Drake interview at WrestlingInc.com.