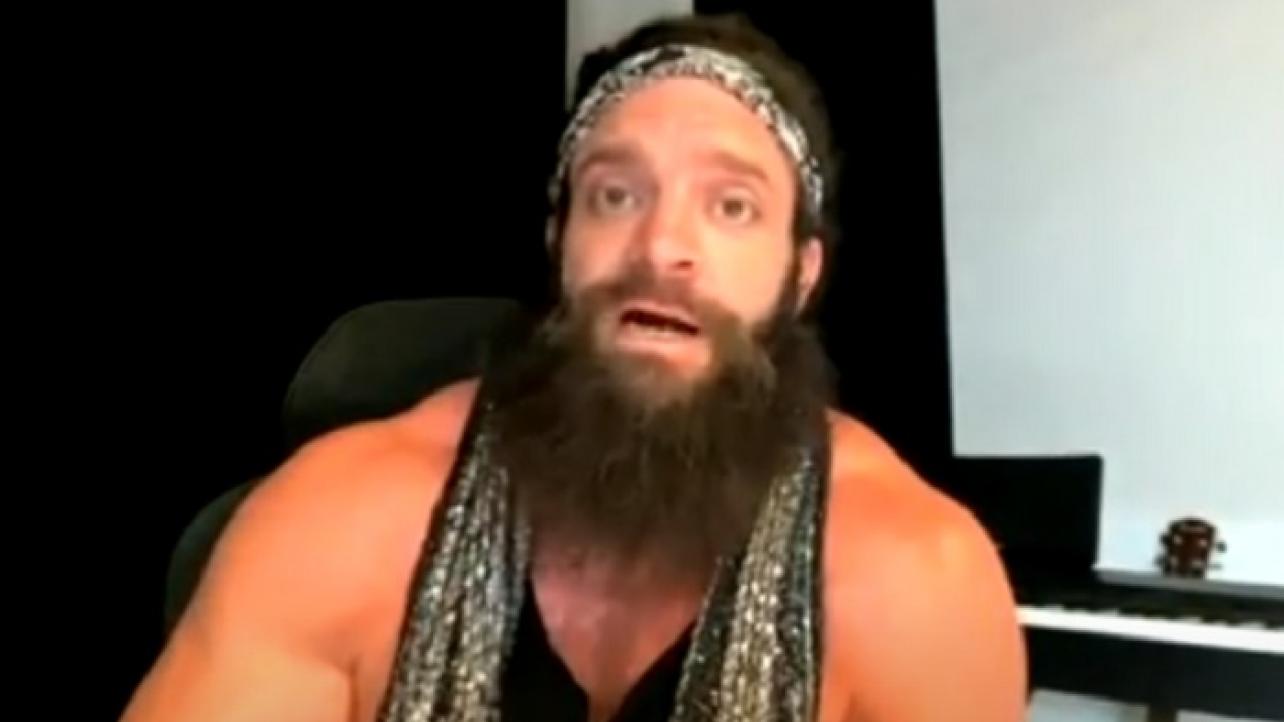 In addition to former WWE Tough Enough winner Maven, current WWE Superstar Elias was among the guests who appeared on WWE’s The Bump this past Wednesday morning.

During his appearance on the weekly digital series that streams live across all of WWE’s social platforms, Elias promoted his new album, “The Universal Truth,” talking about pitching the project to WWE and the process of putting it together.

Featured below are some of the highlights of the WWE’s The Bump interview with Elias from earlier this week.

On how his newest album, “The Universal Truth” came to be: “When I got hurt last time on SmackDown, that’s really when this stuff got put into motion. I’m going to reference the very first line in ‘Amen,’ how many times are they going to kill me? I don’t know if you remember, but Baron Corbin took a thing to my throat and I couldn’t sing, and my hand was messed up. He threw me off the ledge, and then I get hit by a car of all things. I was out of action for quite a while.”

On pitching the album idea to WWE: “I’m sitting at home and I’m thinking, how many times are they going to kill me and try to put my down? And I just wrote that song. I reached out to the WWE team, I said, ‘Listen, I really want to come back. I want to have an album for when I come back, whenever that may be, and they said they were on board. They said to write some songs and give it to them. I did that. I wrote about 10 songs. We narrowed it down, and that’s what we got, we got the ‘Universal Truth.’”

On Dusty Rhodes immediately spotting his potential as “The Drifter”: “It’s the testament of the eye that Dusty had for talent. No matter who it was, you stepped up in that little promo room where you do your promos in front of him, which was a lot of high pressure right there. He was always able to pinpoint that unique special thing to that wrestler and say, let’s run with that. The very early incarnation of Elias, where I was ‘The Drifter,’ he saw that right away. He was like, ‘Dude, whatever you got right there, keep that going and never let that go.’”

On NXT putting stars through the ringer: “I guess it’s about finding yourself and creating yourself. You’re put through the wringer in NXT, especially at the time I came up. You got to take those opportunities.”

Check out the complete interview with Elias from WWE’s The Bump via the full video archive of the Wednesday, November 4, 2020 episode embedded below.