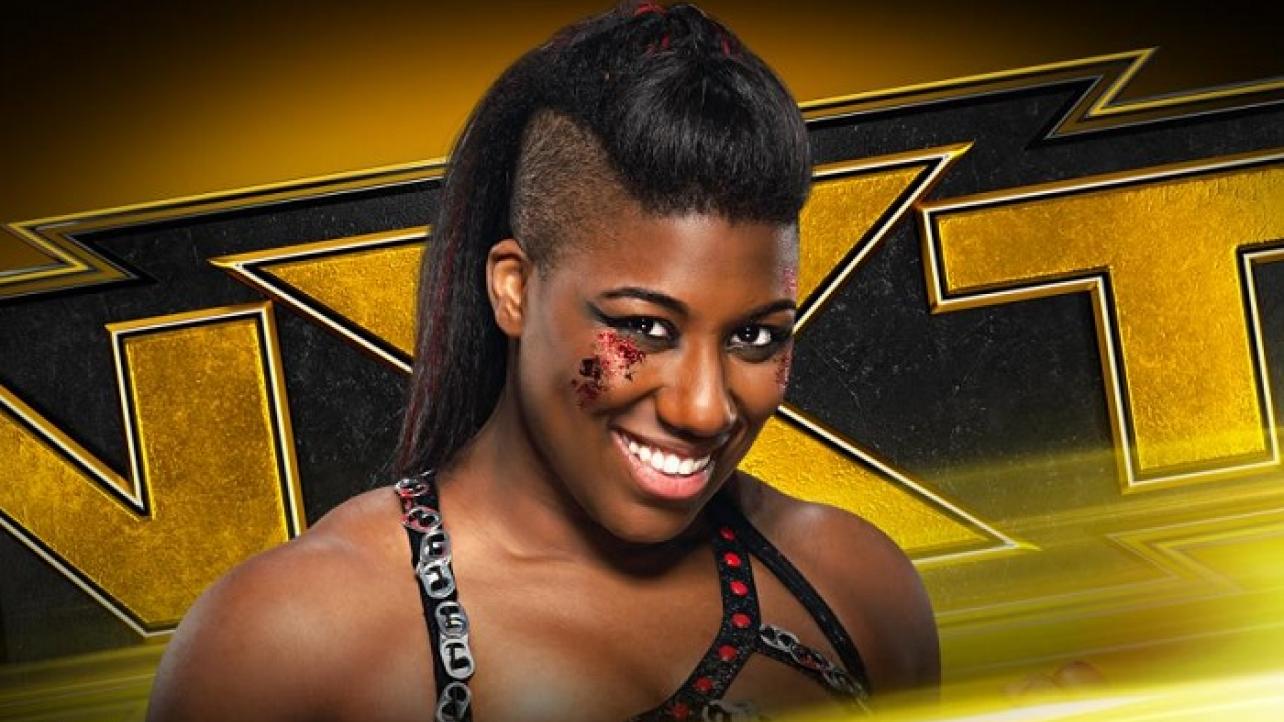 Pencil in another segment for tonight’s edition of the WWE NXT on USA Network television show.

Ember Moon will address the NXT Universe in a special sit-down interview segment on tonight’s episode of WWE NXT on the USA Network, as the road to NXT Halloween Havoc at the end of this month continues with this week’s installment of the black-and-gold program.

WWE.com released the following announcement ahead of tonight’s show:

Ember Moon to sit down for exclusive interview on NXT

Ember Moon was cut short in her first address since returning, but the NXT Universe will get to hear more from her this week in an exclusive sit-down interview.

Moon made it clear last week that she’s targeting Io Shirai and the NXT Women’s Championship. However, Rhea Ripley emerged to make it clear she wouldn’t stand idly by if Moon plans on budging her way to the front of the line.

The two former NXT Women’s Champions were able to co-exist for a victory over Dakota Kai & Raquel González, but tensions figure to persist.

Hear more from Moon on her shocking return and what’s next on NXT!

For more confirmed matches and segments scheduled for tonight’s edition of WWE NXT on the USA Network, click here.

Hear from the recently returned Superstar TONIGHT on #WWENXT at 8/7 C.https://t.co/gc9NVKvffx