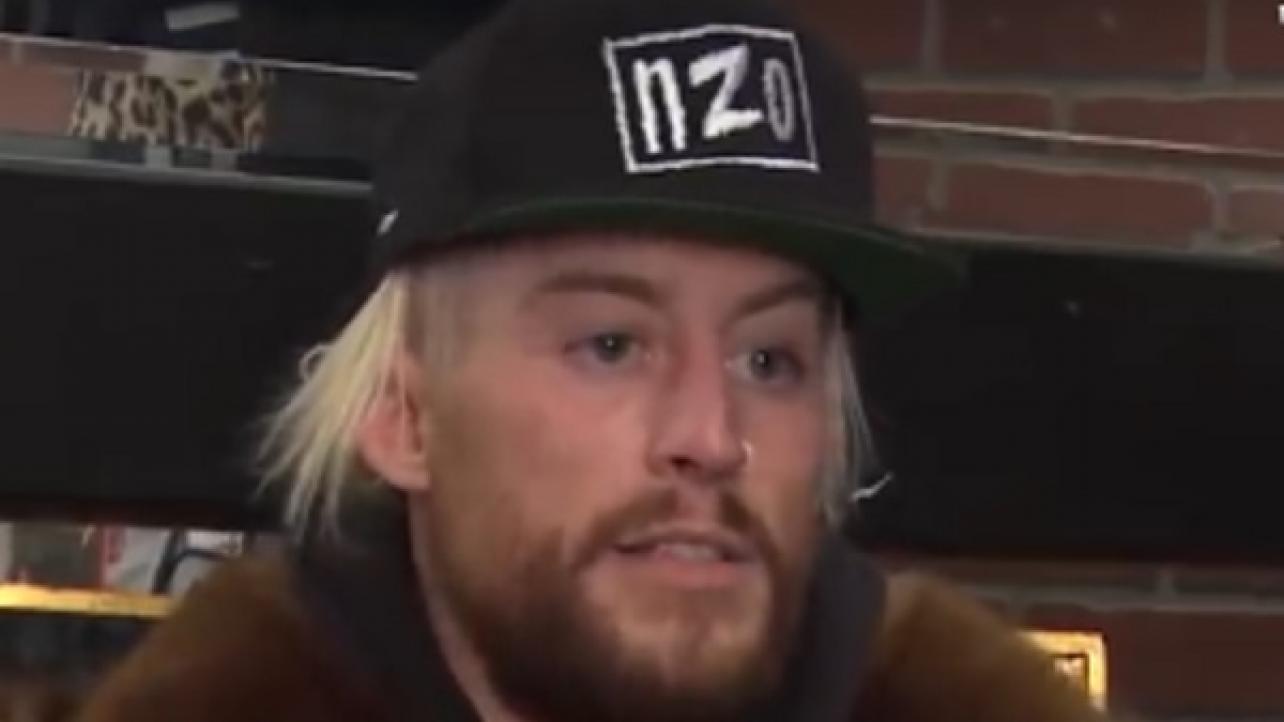 Enzo Amore (Real1) recently sat down for an in-depth interview with the folks from Title Match Wrestling, during which he spoke about the origins of his beef with fellow former WWE Superstar Simon Gotch. Featured below are some of the highlights.

On origins of his beef with Simon Gotch dating back to their days in promo class in WWE’s developmental program, NXT: “One day we do promo class. You know what promo class is? You go up there and cut a promo, but at this point in the stature of NXT, we’ve got a TV brand that’s starting to pick up steam, and now Michael Cole, and Dusty Rhodes, and other people who sit in the hierarchy of production, and commentating, and our producers are sitting at a table every Wednesday before we do tapings on Thursday in NXT. And what you say at that taping could get you booked on TV tomorrow. For some people, [it] could get you a debut, or could get you looked at. So those opportunities are huge for people.

“I look at this guy and he’s in his ring gear, you know, the suit and tie button downs, and I go, ‘Oh, hell no [Big] Cass, we gotta change our promo. We can’t let that happen.’ ‘What do you want to say?’ ‘Bury him’…So, I don’t remember exactly what we said, but me and Big Cass start buzzing about Aiden English and Simon Gotch. And I say, ‘Simon Gotch has got a pair of titties like a 65 year old woman, how you doin’?’ At this point in the room, huge pop. They all turn around, Simon Gotch has his Andre the Giant singlet on, and his little b—h titty is hanging over the top of it, and he makes the mistake of picking it up and putting it over. Double pop. I got the biggest pop of the night in promo class. [It] ended right there for me. Clearly, going down the line now, we see that the remnants of those words have hung heavy in the titty of Simon Gotch.”

On having suspicions about a shove that Gotch did during a WWE Payback 2016 pay-per-view match that resulted in him getting injured and hospitalized: “I gave him the luxury of saying his frickin name for the first time ever in an interview, and I’ll end it there because I have no ill will towards the guy,” Amore said. “Unless he ever comes out and says that he knocked me out on purpose, because let’s just f*cking be clear, that guy hates me. And I don’t have a bone of hate in my body. So, if I ever found out that he pushed me harder on purpose and that’s what caused the injury – I ran that spot 100 times with Aiden English, and he’ll tell you about it. I’ve done it 100 times on live events with Aiden English, never one time in my life did it with Simon Gotch. The first time I ever did it with him, I ended up in a hospital, and if I ever found out Simon Gotch did that on purpose, if he ever came out and said that, how you doin?”

Check out more from the Enzo “Real1” Amore interview with the folks from Title Match Wrestling via the video embedded below.

H/T to WrestlingInc.com and Title Match Wrestling for transcribing the above quotes.