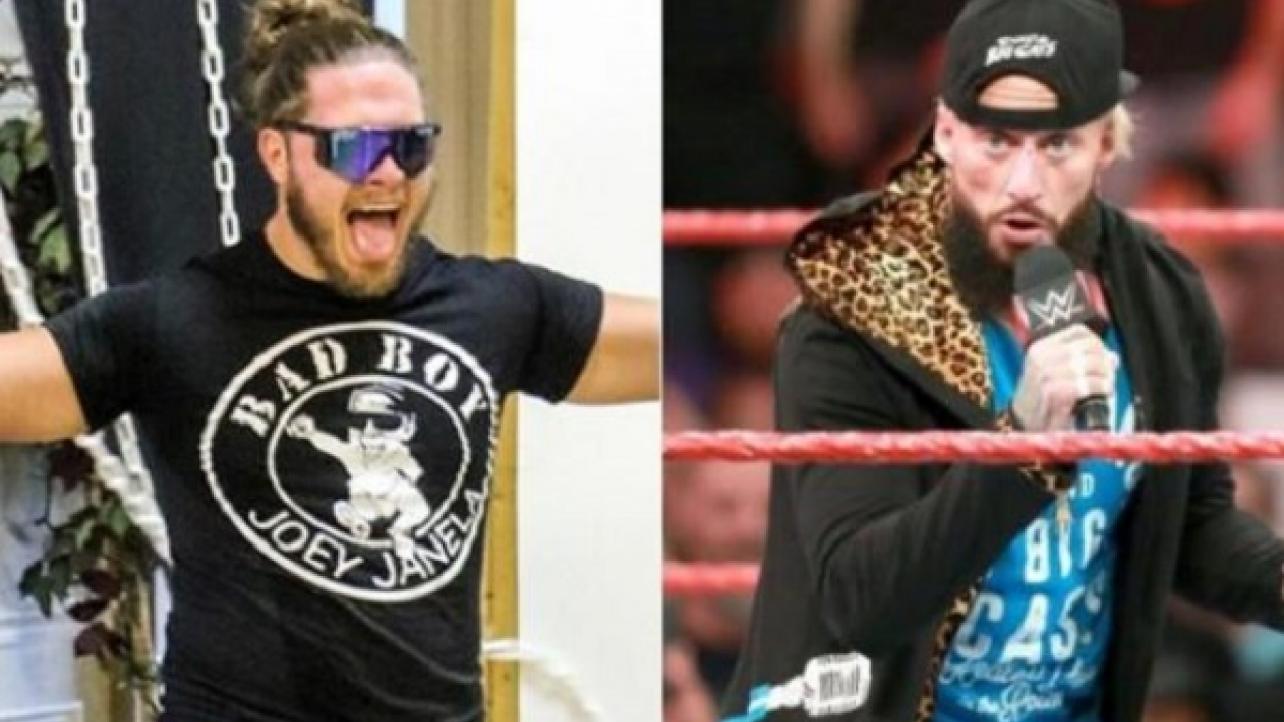 It appears as if AEW’s Joey Janela and former WWE star Enzo Amore got into a “fist fight” at a Blink 182 concert when Janela approached Amore and introduced himself.

From what we can ascertain, Amore didn’t appreciate this for some reason and reportedly struck Janela in the face.

The fight spilled onto Twitter as you can see below with Enzo raging and Janela calling it the “sh*ttiest fist fight of the year” and the two also traded jabs at each other on Twitter back in April.

I’m glad you introduced yourself cause I couldn’t pick you out of a line up. You don’t want no smoke. And now I know it, there’s only two things that smell like fish. Ones fish. @JANELABABY straight pussy.

At least I said hello…. https://t.co/HDOHIFng5W

Don’t try & play that wrestling shit with me. You’ll end up on fucking world star.

Where was that energy at? We aint friends @JANELABABY Dont introduce urself to me fuckboy I thought u were a fan hahaha the second I realized it was u I slapped ya bitchass hands down & walked @ u w/ MY HANDS UP YA FUCKIN RAN BACKWARDS & told my homey to film it soft af

Thanks for bringing credibility to the biz

Clout chasing in public to ultimately look like a pussy, must feel terrible. Ya not a good human, people are out to enjoy there night and you cause a scene and run while I’m engaging with friends & fans, ya mother should be proud.

Not a work, So i saw the dude and walked up and said “Hi I’m Joey Janela” at the blink 182 show and we proceeded to have (I’m not lennox lewis) to have the shittiest fist fight of the year, I’m not a pussy but we had fun!

Boy we didn’t have the shittiest fist fight of the year, I slapped ur fuckin hands down and walked at u with mine up and u walked away and let me know all that Shit u talk IS A WORK… which is fine if I were a wrestler.

I will have no chance to wrestle or “fight” Enzo With my exclusivity starting in October but I saw it to introduce myself! That’s all!