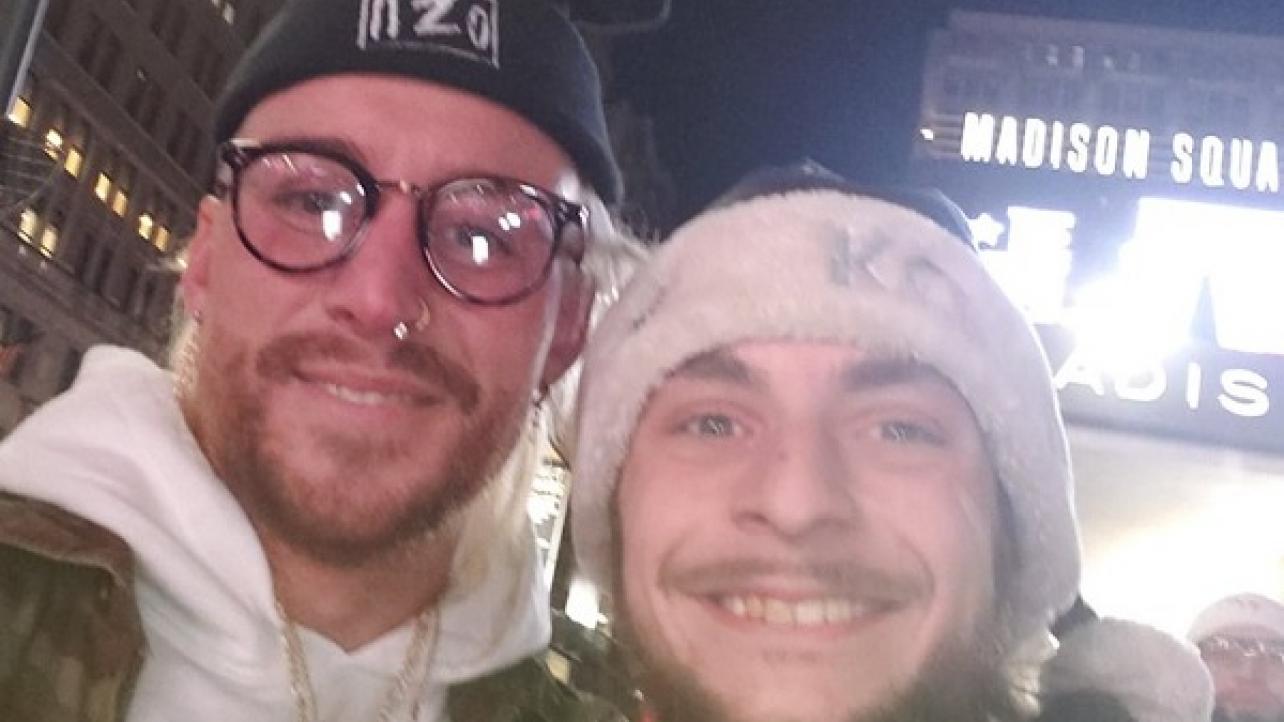 Enzo Amore is at it again.

The “Real1” once again crashed a WWE show, as he was spotted at Madison Square Garden for WWE’s final MSG show of 2018 earlier this week.

Amore appeared at the MSG show after crashing the WWE Survivor Series pay-per-view back in November, an incident he spoke about in detail on stage during an appearance at the West Side Comedy Club in New York City this week. For those who missed it, check out videos of Enzo’s appearance at the comedy club where he spoke at length about the WWE Survivor Series incident by clicking here.

Check out photos of Enzo “Real1” Amore being spotted outside this week’s WWE live event at Madison Square Garden in New York City below.