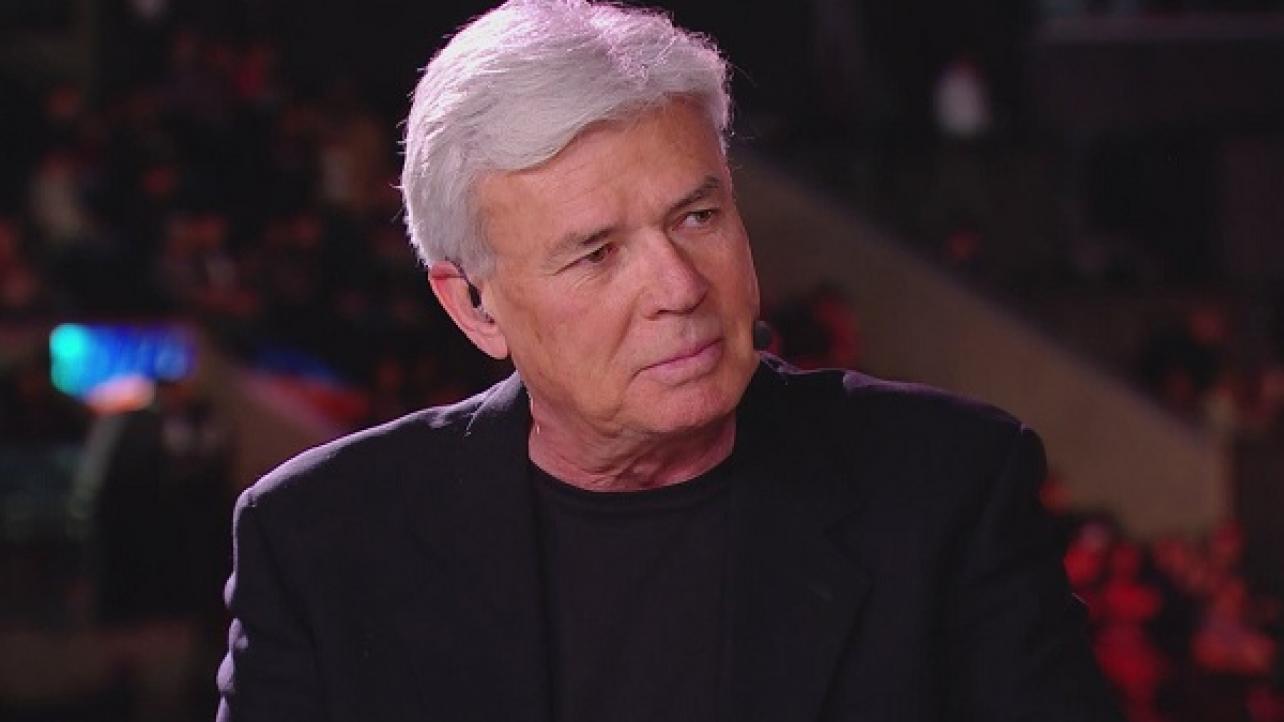 During a recent episode of his 83 Weeks podcast, former WCW executive Eric Bischoff spoke at length about bringing Hulk Hogan to WCW to begin the real war between WWE and WCW in the 1990s, as well as Ric Flair’s involvement in the deal and how it affected “The Nature Boy’s” career in WCW from that point on. Featured below are some of the highlights.

On Ric Flair’s involvement in helping him get Hulk Hogan to come to WCW: “I didn’t go to Ric Flair and reach out to Hulk Hogan. I did rely 100% on Ric Flair to get Hulk comfortable. Hulk was–and again, context is king, but he was not in WWF, so the urban narrative that I ‘stole’ Hulk Hogan from the WWF is a fabrication. It didn’t happen that way. He had already left. Vince McMahon and Hulk Hogan had parted ways over the steroid trial and Hulk had made up his mind that he was done with professional wrestling. He was going to go and do television and movies. He was working on a television series called ‘Thunder in Paradise,’ which was being filmed at the MGM Studios, the same time we were filming there, and that was when I put the word out that I sure would love to talk with Hulk Hogan and Hulk had called me in the middle of the night. It was 1:30 in the morning on a weekday, which I knew who the voice on the other end was. He has a pretty recognizable voice and we started chatting. At that point I tagged Flair in because Hulk didn’t trust anybody. He didn’t trust anybody in WCW. He looked at WCW for what it was at the time, which was a cluster and completely mismanaged. It was a revolving door with senior management and a political nightmare, and Hulk knew that.”

On the special financial deal he offered Hogan and the light schedule, but still needing to guarantee that he would work with Flair: “He had liked the deal we presented him; look, Hulk’s kids [Brooke and Nick] were really young so the idea to only work a handful of dates a year and a couple TV’s to support those dates. His original deal was for four pay-per-views a year and then the television appearances that were required; I think three or four of them leading to pay-per-views, so I think you can do the math. It was like 16 dates total, or maybe 20. That meant that Hulk Hogan would be able to spend more time with his kids because at the time that was his main priority, but at the same time he didn’t want to enter into the shark tank of WCW because it was everybody stabbing each other in the back at every opportunity, and Ric Flair was the one guy that Hulk knew he could work with and the one guy he could trust who would absolutely get in the ring for his comeback and can use Ric Flair, so I did use Ric Flair. Ric was down there during every meeting I had with Hulk, with the exception of when I was talking about money, which came at the very end, but in the beginning–if it weren’t for Ric I don’t think Hulk would have ever made the move.”

On having a reputation of disrespecting Ric Flair and admitting that he mishandled The Nature Boy during the rise of the nWo in WCW: “Nobody was more enthusiastic about bringing Hulk Hogan in than Ric. Nobody was more enthusiastic about doing a job for Hulk Hogan than Ric Flair. He wanted to be the heel to Hulk Hogan’s babyface because that was a perfect role for Ric. There seems to be a lot of bitterness and anger and I was the target of that for guys that were in WWF at the time, it doesn’t surprise me, but it doesn’t reflect what was going on. I loved Ric Flair. What he hasn’t talked about in his book was that when he was part of the booking committee and he and his family–all of them, would come down to the MGM Studios and his family and my family were all staying down the yacht club together and we became really close friends. That is why when I hear about some of the stuff that supposedly happened during that period of time when I treated him like dirt, that just didn’t happen. Granted, in 1996 when my attention shifted and when the nWo became the focus of the company, and by the way, rightfully so, because it was the first time within the company in its history that the company started making money,” he continued. “It wasn’t because I was a mark, or I was friends with Hulk Hogan or wanted to be, or Scott Hall or Kevin Nash. It was happening and the shift of focus and the energy that was being put in the nWo was being put in it because it was the first time we had made some money and it had to be that way. What happened with Ric was that he felt less important to the company. He felt less important to me, and this is where I f**ked up. Rather than communicating, which I could have done more effectively but I didn’t. I am not making excuses, and I feel horrible about it, but it is what it is. It wasn’t because I didn’t respect Ric or that I didn’t like him or that he didn’t have any value, quite the opposite frankly, but all of the focus was going in a different direction away from Ric and it affected Ric. It made him angry and it caused a lot of problems.”

Check out the complete episode of the 83 Weeks podcast with Eric Bischoff at Omny.fm.