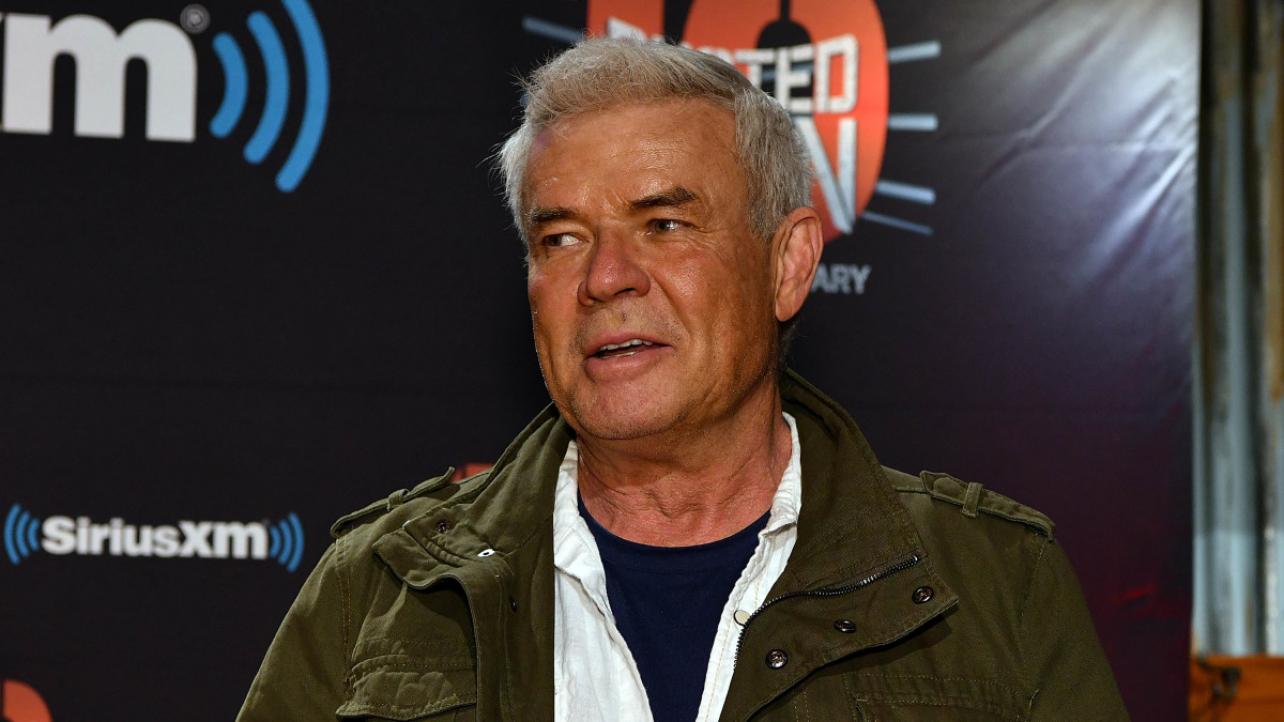 During a previous episode of his podcast 83 Weeks, WWE Hall of Famer Eric Bischoff spoke about Wrestlemania 37. Eric explained why he’s “jonesing” for the WWE Universe to make their return at the event, and told listeners:

“I’m Jonesing. I’ve said this so many times, watching wrestling over the past 12 months has been a challenge for me for all the reasons I’ve articulated in the past. Now, it’s like you get to feel that feeling again – that rush of energy, the giant piece of the puzzle that was missing no matter how hard everybody worked. It just ain’t the same without a live crowd.”

Eric continued to talk about “The Showcase of the Immortals”, and discussed what he would “love to see” at the event. Bischoff explained:

“I’ll tell you what I’d love to see, and I doubt it’s gonna happen. I wanna see Edge. I wanna see him get it, brother. I want to see him be the heel of all heels. I think Edge, based on what I’ve seen so far, has he lost a step of his youth? Maybe. Is he a more powerful and experienced character today, and therefore, a better performer than he was 10 years ago? I think so. I’d love to see that happen.”

Eric also took time to share his thoughts on WWE’s use of celebrities at the event. Bischoff talked about Logan Paul and Bad Bunny, stating:

“I like the Logan Paul angle. Oftentimes, getting a celbirity to participate in your show – we saw it recently with Bad Bunny, and I think overall it was pretty effective at least from what I can see. I think that was a good strategic move because it will bring a new set of eyes that typically might not have thought to even experience WWE to sample the product. That’s what that kind of move is all about – getting a new audience and new demographic to go, ‘Hey, I’m gonna check this out.’ That’s what that is for. That’s why you utilize influencers and celebrities. When we’re talking influencers…..those are the people that really have the power to bring a whole new set of eyeballs to your product. I think Logan Paul is a great choice because not only is he a major influencer, but loves to go in there and mix it up. He’s an amateur wrestler, so he’s got the ground game. Add to that, he’s taking his boxing training really seriously, so he’s very comfortable going in there. I think that’s one of the most logical celebrity acquisitions that I’ve seen in a long time.”

Puerto Rican rapper Bad Bunny will team with Damian Priest, in a match against The Miz and John Morrison. YouTuber Logan Paul will also be at ringside for the Kevin Owens vs Sami Zayn.

What are you looking forward to seeing on “The Grandest Stage of them All”? Let us know in the comments section!