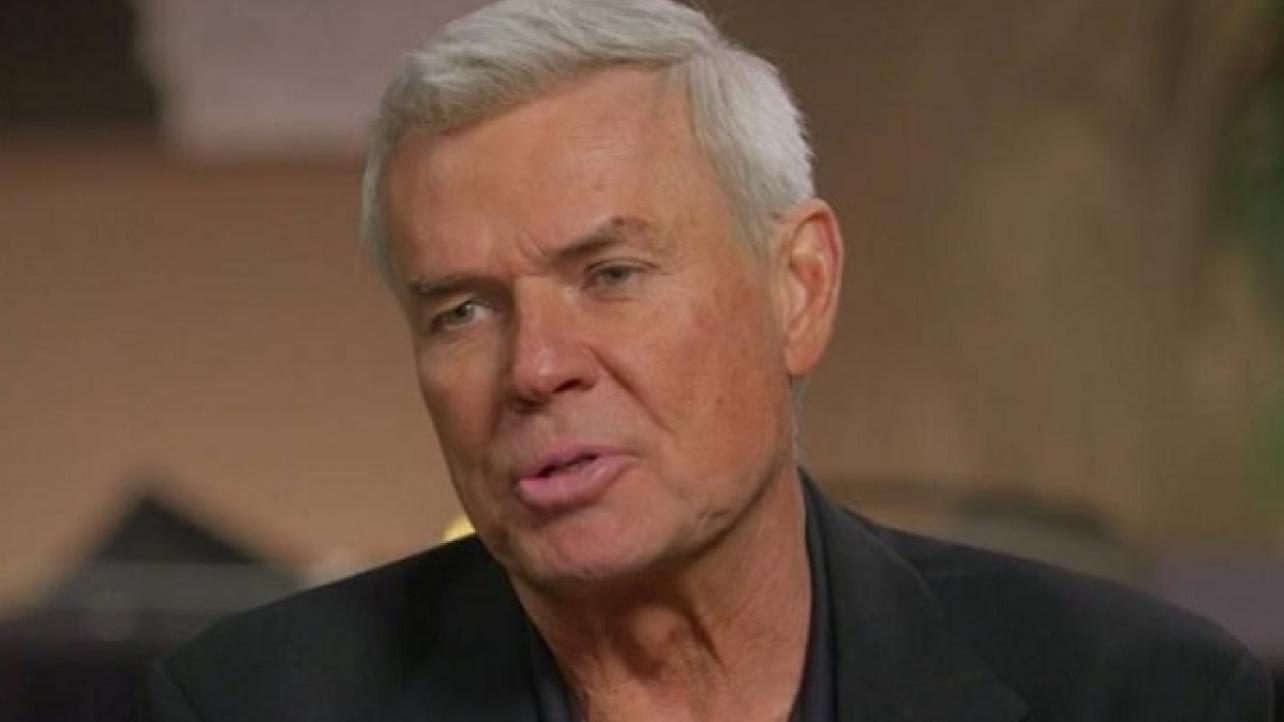 During the latest episode of his popular podcast, “83 Weeks,” former WCW Executive Vice President and the new WWE Executive Director of SmackDown LIVE, Eric Bischoff, spoke at length about the issues surrounding the infamous Bill Goldberg vs. Chris Jericho (and Ralphus) story line from their old days in the original World Championship Wrestling (WCW) promotion during the late 1990s.

Featured below are some of the highlights that Bischoff had to make about the rivalry, and subsequent questions he was asked about it by his “83 Weeks” podcast co-host.

On Goldberg being upset over the “Ralphus” security story line with Chris Jericho during his WCW days: “He was hot. I mean, I got an earful, and a face full. I mean, he was in my face, he was hot. And again, you know, it’s easy to talk about this stuff twenty-odd years later. But at that time, remember — again, put it in context how green Bill Goldberg was at that time. Bill came into a shark tank, and he got over — other than The Rock, nobody’s gotten over as fast, as big as Bill Goldberg at that time. And it was a lot for him. He didn’t have a decade or more worth of wrestling political experience. He didn’t have a comfort level with the formula, and could predict how the audience would take things. So he was really easily tipped over, especially when you had guys who were f**king with him. When you had Scott Hall in his ear, going, ‘Bro I don’t know why they’re — man, I wouldn’t let them do that to me!’ And I’m not saying Scott did that, but that type of thing was very typical. Or any number of other people who were in his ear and influencing him. Because he didn’t have his own basis of knowledge and experience to rely upon. Or Hulk Hogan would have pulled him aside. And Hulk would have pulled him aside and said, ‘Hey, Bill. Just telling you, I never would have let them do something like that to Hulk Hogan when Hulk Hogan was first getting over.’ Something like that would make Bill go up in flames! So you can imagine how Bill reacted to that.”

On having to personally calm Goldberg down during the rivalry / television story line: “Yes, I had to talk him off the ledge a lot. And the relationship with Bill and I had been getting strained up to that point. And again, it’s because the stakes were getting higher. There were more people in Bill’s ear, he was getting less and less secure, because he went out now. And instead of just going out and eating people [in the ring], there was more and more story being suggested to him from time to time. It was a very tough time for Bill. It just, it was. And now to have this kind of thing happening? I mean, I think anybody else that had been in the business for five or ten years, I mean Chris was getting him over! I mean, he really was. Chris was doing a favor. And so was WCW. But Bill didn’t have the experience to see it that way. His perspective was all f**ked up. And he would get absolutely impossible to be around.”

On Chris Jericho not liking the way his rivalry with Goldberg ended in WCW: “There’s a layer of complexity that wasn’t revealed in [Jericho’s] book. And we touched on it. You know, Chris Jericho was a heel. He was playing a heel. It was a cool heel, and it was an entertaining heel. Just like the nWo was, in some respects. Sometimes in many respects. But he was still a heel. Bill Goldberg was still Bill Goldberg at that point. There was no way that match was going to end any other way than the heel poking the bear, getting his heat, poking the bear next week, getting more heat. And continuing to get that heat until the bear finally met him in the ring and the heel got beat. That’s the formula. Chris didn’t want to do that formula. Chris didn’t see it that way. And it became an issue. Chris wanted a legitimate angle. Not a comedic angle, not the one that you just laid out to me. He wanted to be figured in with Bill Goldberg in particular at that time. And we weren’t ready for that yet.”

Check out the complete episode of the 83 Weeks podcast with Eric Bischoff below, or at Omny.fm.