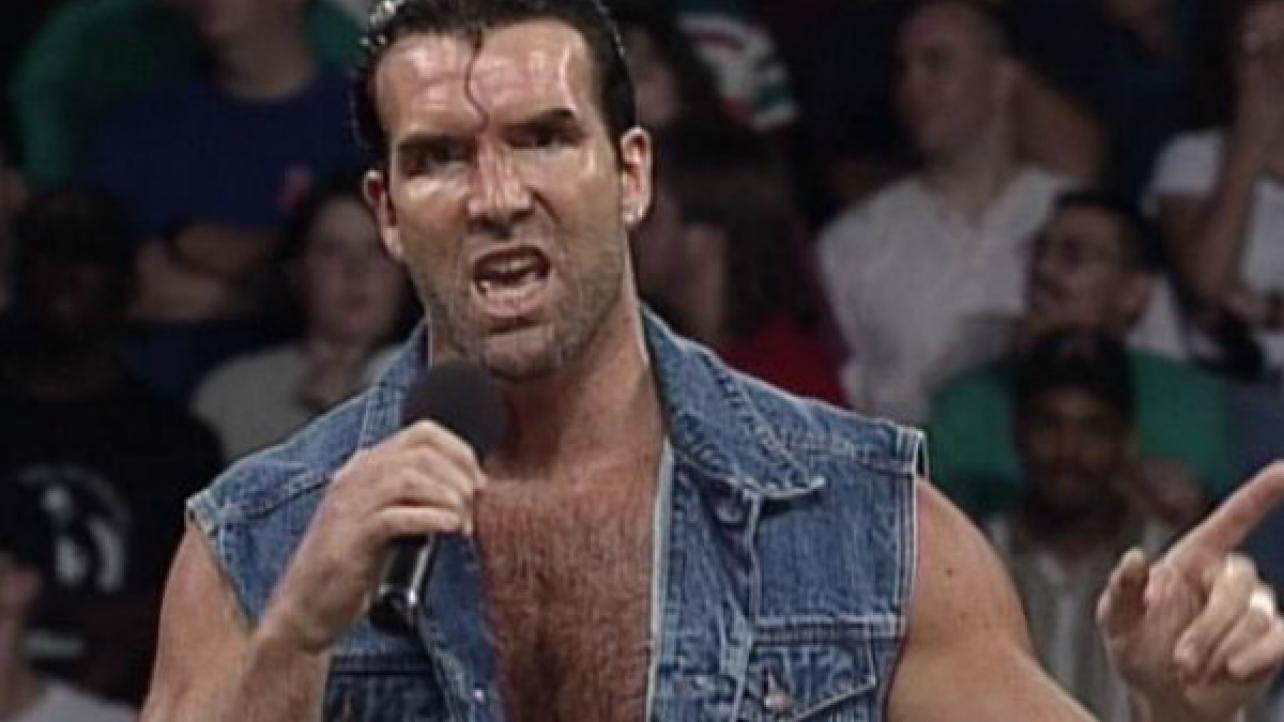 On the latest edition of his 83 Weeks podcast WWE Hall of Famer Eric Bischoff looked back on the legendary WCW debut of Scott Hall, which led to the formation of one of the hottest wrestling groups of all time, the New World Order. Highlights are below.

Why there were hesitations with signing Scott Hall:

“Scott obviously had a reputation, and I was a little bit concerned about it. It wasn’t a secret. I really wanted to get inside Scott’s head…..I was very familiar with the character Scott Hall and a little familiar with the person having worked with him in WCW before he had gone to WWE. I picked Scott up at the airport and had him ride with me. I thought it would be a great opportunity to get inside his head. And at this point in 1996, the morale in the WCW locker room was very high, particularly compared to what the morale had been through the Bill Watts era and some of the others. I was a little concerned about Scott coming in and upsetting the apple cart, so to speak, and reversing some of the gains we had made.”

On Hall’s promo during his WCW debut:

“I remember we had talked about this promo and what I hoped to accomplish with it. I didn’t really get a sense that Scott felt it. He certainly knew what I was trying to do from a storyline point of view, but I didn’t feel he really felt the promo yet. I thought I’m just gonna write it for him and let him make it his own. I’m gonna give him the bullet points. He ended up reading the promo I wrote, almost word for word. In fact, it was word for word. Looking back on it from a production point of view, I wish it would’ve come off a little more naturally because he delivered it first like he read it when he first saw it on paper. It didn’t really have a natural flow to it. By the way, not that it fucking matters, because I don’t think the angle could’ve gotten any hotter than it was. But in terms of this being a classic moment, had Scott delivered it in his own words, it would’ve been even better for Scott. Other than that, everything else felt so real.”

On the backstage reaction after the promo:

“I high-fived him. Scott did care. There was definitely two Scott Halls. There was a Scott Hall that was tough to manage and influenced by a lot of things, and then there’s the real guy. The real Scott Hall is a sweetheart. Following that promo, and probably because he and I spent time talking on the way down, he knew what he was about to do. He didn’t know how important it was gonna be. He came right back, I high-fived him, and my mood was off the charts that particular evening following that.”