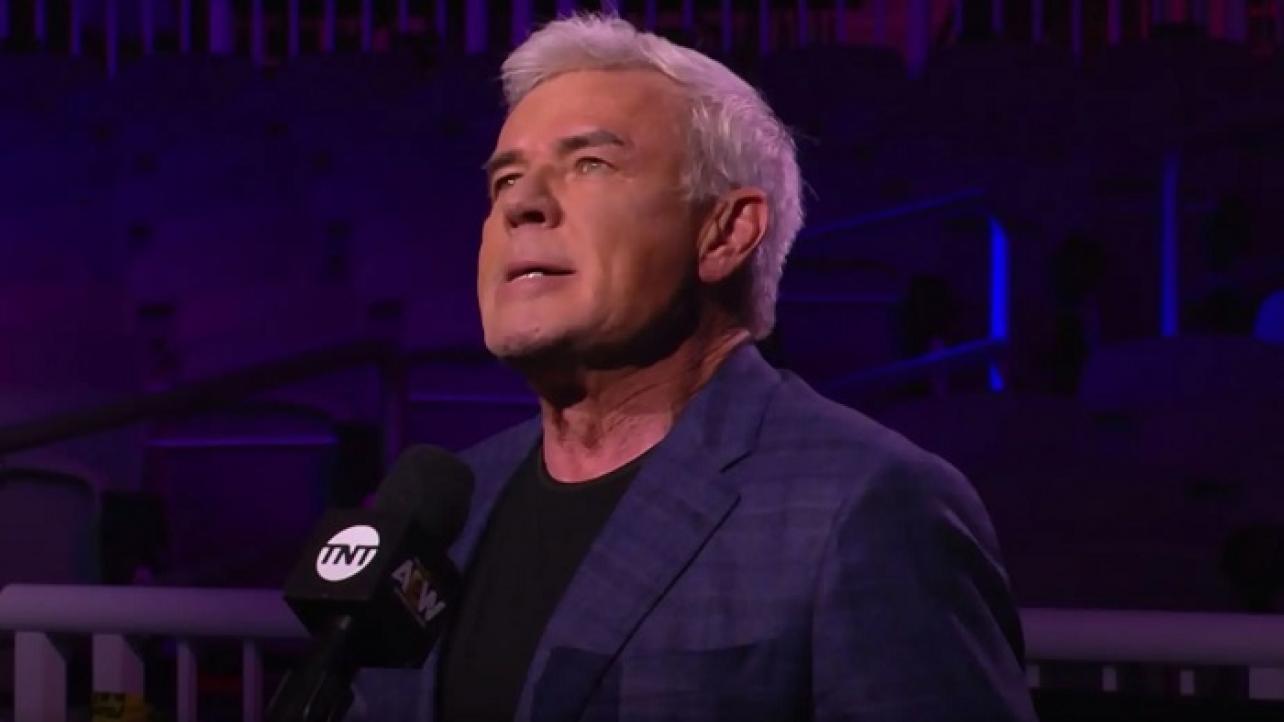 Eric Bischoff Reveals What He Would Change About Goldberg’s WCW Run, Rumors Of Hulk Hogan’s Sabotage

Eric Bischoff recently sounded off on Goldberg’s iconic run in WCW in 1999 on his “83 Weeks” podcast at Ad Free Shows.

During the episode, the former WCW Executive Vice President explained what he would change about Goldberg’s legendary run to the top of the company if he could go back in time.

Additionally, “Easy E” addressed the rumors of Hulk Hogan sabotaging Goldberg’s run during this period of his career.

On what he would change about Goldberg’s run: “I think Bill should have been handled much more carefully. I think much more care should have gone into it. Not that taking the belt of Bill in 1998, I wouldn’t have changed that. I would have possibly changed how we did it so that we would have something to fall back on storyline wise with Bill later on to build up to, and that didn’t happen. It was kind of like, we’ve gotten as much mileage as we’re going to get out of Bill Goldberg. There’s a reason why we took the belt off Bill. It wasn’t because we were making money hand over fist with him and he was continuing to grow the audience which is really important when you work for a television company. Growing your audience, it’s what television networks expect you to do. We were running on a runway with Bill in ‘98. Does anybody think if we were making money hand over fist and were continuing to beat WWE in the ratings the way we had for the previous couple of years or year and half, whatever it was, that we would have taken the belt off Bill? We were losing steam on Bill and it was time for a change. It was necessary to make a change, but I do think we could have done a much better job particularly in light of his lack of comfort based on his lack of experience. That should have been contemplated much more carefully.”

On rumors of Hulk Hogan sabotaging Goldberg: “I know Hulk Hogan was a very, very big supporter of Bill Goldberg. In fact, one of the reasons why I had ultimately had such a difficult time with Goldberg was do in no small part due to the fact that Hulk was his ear and was kind of guiding him. I understand that. I knew that Goldberg was special. You also knew that Goldberg was inexperienced in the wrestling industry. He had never been in it. He was still new and unsure of himself in some respects, not when it came to physicality, obviously he was very confident in himself, but the business of the wrestling business is a treacherous one. There’s a lot of gamesmanship. There’s a lot of maneuvering. It always has been that way. Hulk took Bill, I would say to a degree, under his wing including getting Hulk the same attorney that Hulk had, Henry Holmes. Once Henry started representing Bill, things got real tricky real fast, and that’s in no small part due to Hulk Hogan’s influence on Bill Goldberg to help protect him. So this nefarious scheming and planning as it relates to Bill Goldberg, at least, by Hulk, I don’t think so. Hulk would never manipulate Bill into a situation that was not a good situation for Bill.”

Check out the complete interview at AdFreeShows.com. H/T to WrestlingNews.co for transcribing the above quotes.

Eric Bischoff Reveals What He Would Change About Goldberg’s WCW Run, Rumors Of Hulk Hogan’s Sabotage