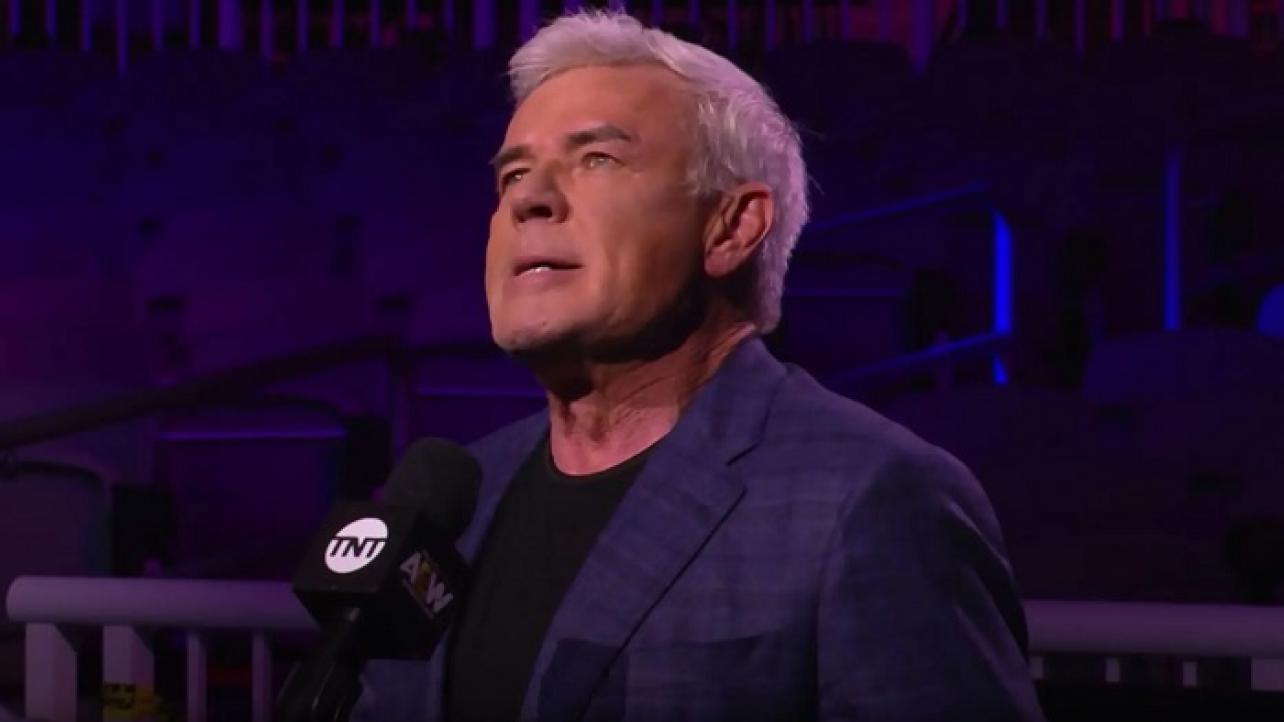 Eric Bischoff recently appeared as a guest on the Oral Sessions with Renee Paquette podcast for an in-depth interview covering all things pro wrestling.

During the appearance, the longtime pro wrestling personality spoke about where he sees AEW in five years, rumors of a WWE sale, as well as who he feels will end up running the company when Vince McMahon steps down and more.

On where he sees AEW in five years: “I have no idea and I don’t think anybody has an idea. TV is changing so fast. Let’s just assume for the sake of this question and discussion everything pretty much stays the same. Streaming platforms, the relationship between current streaming and TV, everything stays the same. Based on what I can see, admittedly, I don’t know what’s going on behind the scenes, I don’t know what the larger strategy is if there is one. I have no idea. I’m just sitting on the outside, watching it like everybody else.”

On feeling WWE is headed towards a sale, and who will be running the company when Vince McMahon leaves his position: “If you had asked me that question six months ago, I probably would’ve been able to answer it, but right now, I’m leaning towards, I don’t know, Disneyworld? Like I said, six months ago we would’ve argued about this and I probably would’ve not budged on my position, but I’m becoming a little bit more open to the idea that it probably or could be at least partially true. And just look at the moves. And I also look behind the scenes. It’s like, we’ve all had this conversation in one shape or form. What happens if Vince leaves? If he goes out on the job, which is probably the way he’d want to go, or does he decide to buy a yacht and go to Barbados? Who’s going to step into that spot? Is it going to be Triple H? I don’t think so. He would’ve already been there. Is it going to be Stephanie? Been there, done that, she’s a mom now. Is Bruce Prichard going to do it? Who’s going to do it? Nick Khan, he’s in and out. He’s in there to make a deal happen and move on down the road.”