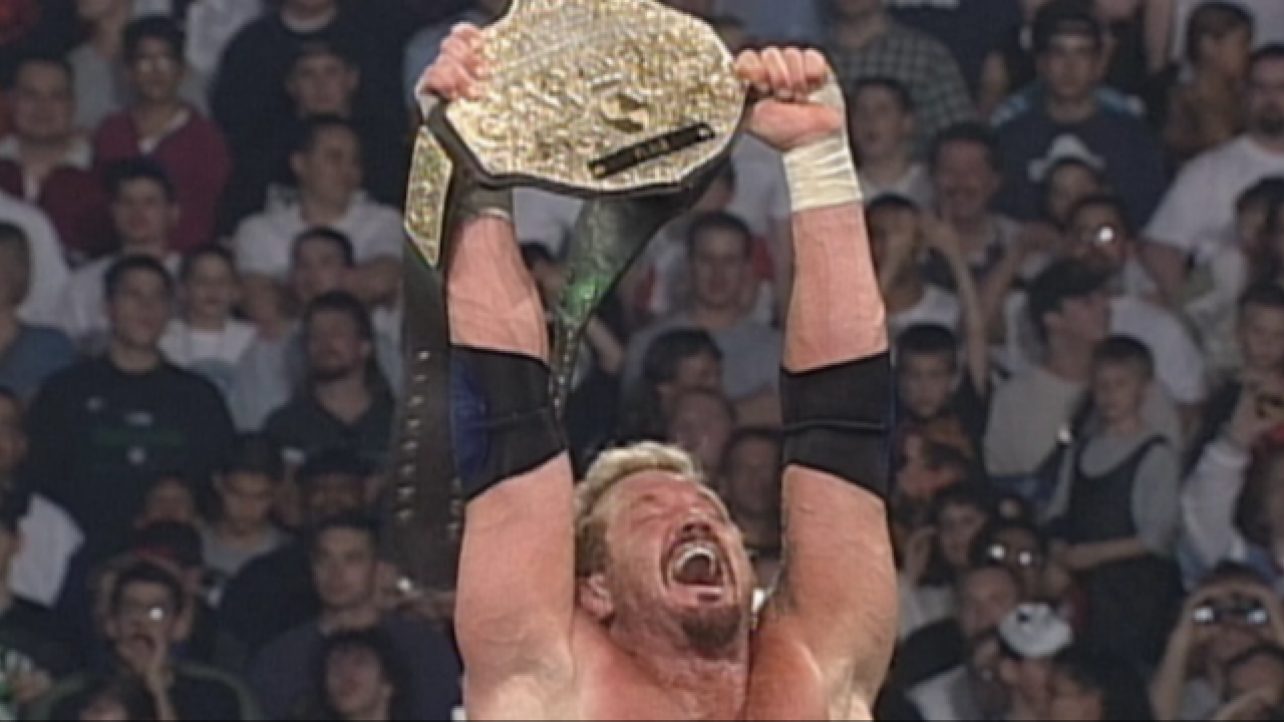 During one of the more recent editions of 83 Weeks, WWE Hall of Famer Eric Bischoff discussed a number of topics. Bischoff shared his thoughts on DDP winning the World Championship, the rivalry between Page and Randy Savage, as well as many more topics.

Bischoff began by discussing the main event of Spring Stampede 1999, and mentioned:

“So excited that the vibration that it created within Diamond Dallas Page reverberates to this day. I say that with respect. It changed him. I don’t want to get heavy here, but it was a goal for DDP. It was something everybody told him was impossible. There were a lot of things working against DDP, not the least of the fact that he was my friend and neighbor, but because he was older and people didn’t think he could pull it off. He had been a manager for so long, nobody internally took him seriously as a wrestler. There was a lot going against him. To reach this level, particularly in a ring full of some of the talent he got to experience this moment with, clearly was life-changing for him. Look at what he’s done with his life since then. I think this was a pivotal moment for him, and it was a real moment for him. He did really win the heavyweight championship of the world in a way that matters the most. He put in the work, he achieved the impossible, and he was getting recognized by his peers for his effort. There’s not a better feeling than that. I think he’s still experiencing it to this day because he believes in himself.”

Eric continued to talk about DDP, and gave a behind the scenes look at his rivalry with Randy Savage. Bischoff explained:

“Without question. Not only because of what we saw manifest on television or pay-per-view, but because of the growth and process of building that story that took place between Page and Randy – both of whom loved to write down every little detail and go over the match to the point where it would make most people nuts. In fact, it made the people around them nuts who weren’t even involved in it. If you could hear them talking in the locker room or at the hotel bar at night, if you were in earshot, it would start to drive you crazy. That’s how intense they both were and how much attention to detail they both gave it. That experience, I think, gave DDP so much more confidence. It was reflected in their match, but it also carried forward and helped DDP rise in stature amongst his peers as a result. The fact that Page put in the work with someone like Randy won him a lot of respect from people he needed respect from at the time.”