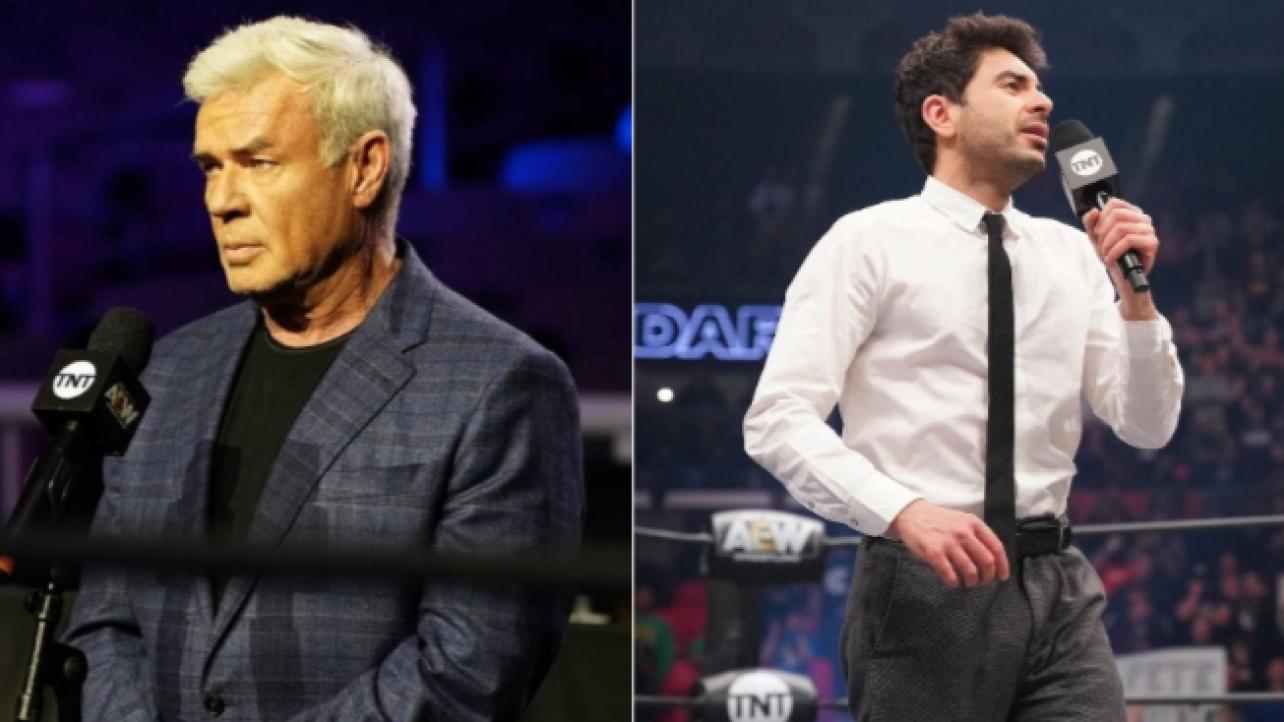 WWE Hall of Famer and former WCW President Eric Bischoff recently took to his 83 Weeks podcast, where he spoke about his response to what AEW President and CEO Tony Khan said at the AEW Double Or Nothing media scrum immediately following the AEW Double Or Nothing PPV in which the AEW CEO defended CM Punk from Bischoff’s claim that the newly-crowned AEW World Champion has been a financial disaster for the company.

Conrad Thompson, Eric Bischoff’s co-host on his podcast asked the WWE Hall of Famer what he thinks of the AEW President’s response coming out of the AEW Double Or Nothing media scrum as that has been the talk of the entire pro wrestling world since the press conference.

“I felt bad for Tony in a way. Then it’s like, okay, I can’t wait to fire back. I’m going to have so much fun with this. I was ready to go. I spent most of Monday morning just kind of in my mind laying out how I was going to just take a flamethrower to this. Then I said, ‘No, that’s what you normally do, Eric. Let’s not do what you normally do, which is just a visceral, in the moment, without a whole lot of thought response. There will be a time, there will be a place where I will respond to this nonsense.’ I mean, what the hell? Friday night wars? What? Are you kidding me? Enough? I got a better idea. I’m here with you (Conrad Thompson) each and every week. You said you’re friends with Tony. If you got something to say Tony, and you want to defend yourself, and Punk, you got an issue with my responses when I’m asked a question, or when somebody from your organization decides to use their platform to take a swing, and then bitches and whines like a little puppy that peed on the carpet and knows it’s about to get smacked, I respond, and you have a problem with that? Here I am brother. Anytime you want to jump on and jump in, give the big man a call. You got his number. He’ll set it up and we’ll do it. So, not a hard man to find.”

You can check out Eric Bischoff’s comments at this link. H/T to WrestlingNews.co for transcribing the above quotes.